What an exciting week!

National STEM week is celebrated throughout the UK, during March each year.

The purpose of which, is to raise the profile of science, technology, engineering and maths in education.

Our week started off with an assembly where we had a visit from Professor Einstein!

There was great excitement as the children had to predict how many balloons it would take to get a paper bag to lift up into the air!

On Tuesday we had a visit from Quantum Theatre with their production, The Big Drip. The drama taught the children about different types of materials and their properties through song and a story about a crime reported to the Missing Material Bureau.

The children really enjoyed the production and gained valuable knowledge at the same time.

During the course of the week, all the year groups engaged in doing different science experiments, building their skills of prediction, observation and questioning. But most of all igniting their curiosity and creativity.

On Thursday, the year 1 classes exhibited their science experiments to the year 2's through a mini science fair. This gave the children an opportunity to share their learning with others and talk about what they had learnt. On Friday the Year 2 classes had their mini fair and the year 1's came to see what they had been learning. It was really exciting to see how the children were using the scientific language they had learnt throughout the week. 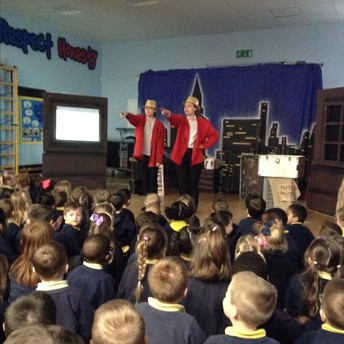 The Big Drip performed by the Quantum Theatre 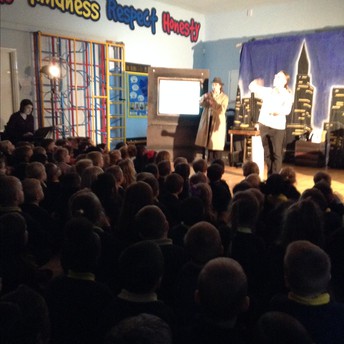 The performance was enjoyed by all 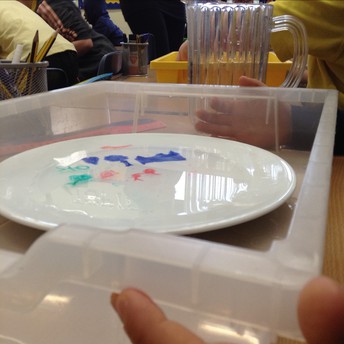 The foundation children had lots of discussions through a morning science question delivered by Professor Einstein. They discussed if all birds could fly, if all animals laid eggs and how mammals were different from other animals. They did an observation on bubbles. They made a lava lamp mixing oil and water and watched what happened when the two liquids were combined. The favourite experiment was watching colour mixing with milk and food colouring and watching how the colours dispersed when fairy liquid was added. 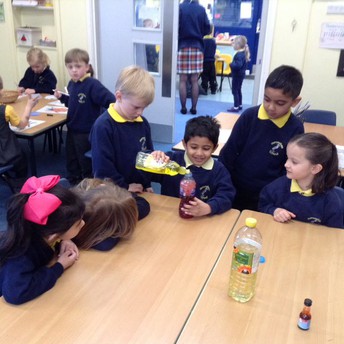 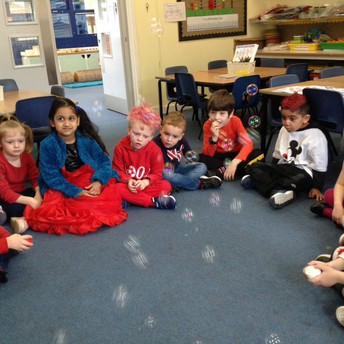 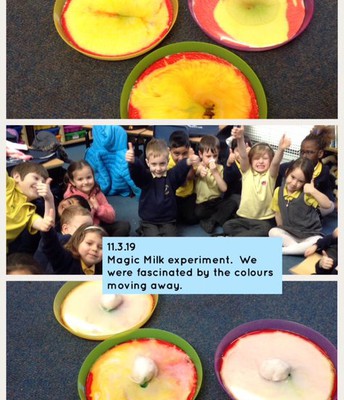 The Year 1 classes had great fun learning about static electricity by making a paper newt move through static electricity. "This is magic" was one comment made. They also enjoyed drawing a life-size picture of their friend and then working with that partner to draw all the bones and organs they could. I was surprised to see some of the detailed drawings that came out.

They did an experiment with a boiled egg in vinegar, where they related it to the enamel of their teeth and how acid build up from not brushing their teeth can cause decay.

Great fun was had by blowing up a balloon using bicarbonate of soda and vinegar!

One parent commented, "I don't know what you are teaching my son this week but he has come home talking non stop about all the experiments he had done and wants to be a scientist when he grows up!" 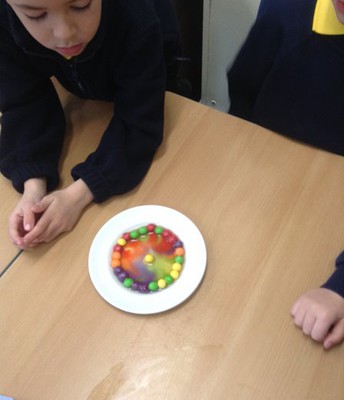 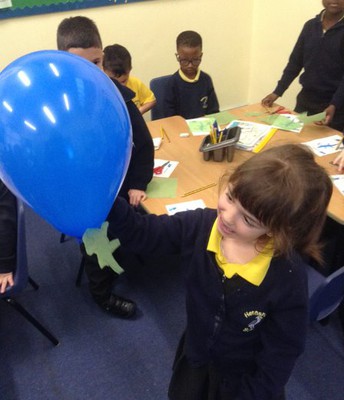 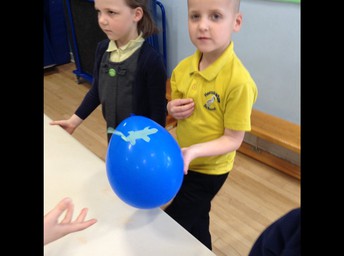 The year 2 classes investigated how a sneeze spreads germs, and then by using different barriers, (a hand or a tissue,) germs were stopped from spreading.

We also made a rainbow in a jar!

In this experiment we dissolved different coloured skittles, in different densities to create our "rainbow."

We also had great fun experimenting how to get the ink from a drawing to float!

On Thursday the Year 2's had a workshop with a STEM Ambassador.

This workshop taught the children about the different components of a computer and what role they play in computing. She taught them about hardware and software and how they were different from each other. The STEM Ambassador also opened their understanding to all the technology they actually encounter in their everyday life, without being aware of it.

The children were then given a task to make a mini laptop adding all the details she had taught them. The children really enjoyed this experience and learnt a lot from it.. 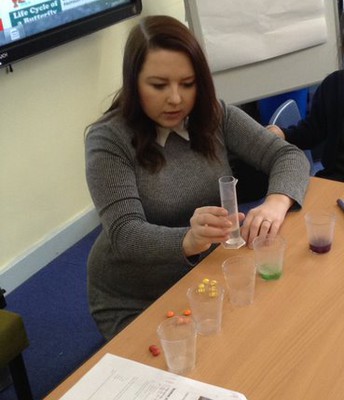 This was the rainbow in a jar experiment using skittles 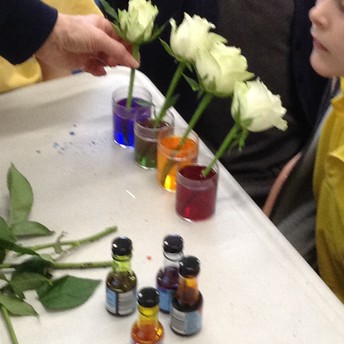 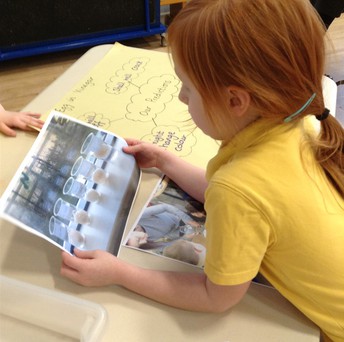 What did your child enjoy most? Please do let us know.