Get email updates from Genie:

The Science Fair- By Grace Garby

At Leonardo, we do a fun display of science projects. The children may be in a group or alone. They find questions, they create a hypothesis based on prior knowledge, and experiment to find if their hypothesis is true. They then provide details about the experiment. The children are provided with a ribbon by the PTA and take their projects home. This event is mandatory for children in every grade, most teachers allow a group with a maximum of three children, though both two people and one person are allowed to display their work at the science fair. The science projects can really be anything inside your topic. The experiments vary from exploding volcanoes to expanding gummy bears. The entered projects are due on a specific day, the children will present their projects to the class and set them into the APR where the event is held. This year (2020) the science fair will be held on the 23 of January. It will be open for students to see during the day and parents to see during the evening (starting at 6:30)

The science fair is not a fundraiser. It is meant for the purpose of letting the children branch out and get less help from their teachers. Although there is a creative side to this, teachers do give the children ideas and rules. For example, teachers might tell you that you have to work inside a certain subject. They might give you a layout of what they want your presentation to look like. Most of the time, a white poster board, paper, scissors, a marker or two, and a glue stick can help you create a project.

Of course, these are all facts. There is a controversy about the science fair. Some children believe that there should be a competition between the older children at the school. Some people believe that some children's parents do the project for them instead of just helping. Some are worried that the children that didn’t do the work will be the students who will win. They feel that the competition will be unfair to some degree. We know that the only thing we could really do is use the honor system, which might not be a very effective way to work the competition. However, the competition might inspire children to try harder.

This year, and every year the science fair is a fun event that takes place the day of the book fair and penny wars. This year there were many projects and even more people, as children invited their family to come and observe the projects.

On Tuesday December 17th, 2019 students in third to fifth grade were able to audition for roles in the school play- Wizard of Oz. Mrs. Oliver (The director) put out a sign up sheet where parents can sign up their kids up to audition for a main part in the play. The parents then received a time slot and brought their child/children to audition.

The next day, Wednesday December 18th, 2019 Mrs. Oliver posted a Callback list. The list consisted of people Mrs. Oliver thought did well at auditions and wanted to see again so that she could tell exactly what part they should get. After 3 days, a cast list was posted with the name of someone who tried out and the character they were going to portray. Practices have officially started and Ms. Oliver is helping the children in the play learn stage directions, their lines, and dance numbers over about two months. After the practices are over, children perform the play three times over the course of three days at Bayshore Middle School.

Our lead this year, Riley Smith will portray Dorothy. The musical is filled with singing, dancing, acting and more. We can’t wait to see how it turns out. It is sure to be the most fun play not only for the cast, but for the audience as well.

Battle of the Books

Battle of the Books- Olivia Cameli

Have you ever wanted to have a fun competition about reading? Well your in luck! Throughout the Middletown School District, elementary schools have a fun reading competition with the fifth graders called battle of the books. Hunter Minder, the team captain of the “seven booketers” says, “Battle of the books is a great way to interact and have fun.” In this activity you are assigned a team, then you choose a team name, a team captain, you pick a color, you are given team shirts, and books that you have to read. After that you will compete against other teams based on your knowledge of the books you read. In the competitions, the teachers will call questions based on your notes on the books you read. Another teacher will keep score of the earned points. Each team takes turns answering questions. You will have thirty seconds to answer. Then your team captain will say the answer that your team has agreed on. In order to receive full credit your answer should include the correct pronunciation of the book title and author. Besides getting your questions right there's another way to earn points, you can do something called a steal. Steals are done when the team that the question belongs to has answered anything wrong the question will be repeated to the next team which will be given ten seconds to answer. This keeps repeating until the correct answer is said. Before your first battle you will have a practice battle. At the end of each battle 1st 2nd 3rd (etc) place will be read. In all battles, except practices, teams will be eliminated. In the last battle, the fourth graders will watch the final teams compete to determine who will go off to represent our school in the championship match against teams from other Middletown schools to determine the winner. Only one team gets to represent each school that is participating in battle of the books. In the end, winner or not we celebrate with a pizza party! Battle of the books takes place once a year. Battle of the books is a fun and exciting way to get kids motivated to read! Good luck fifth graders! 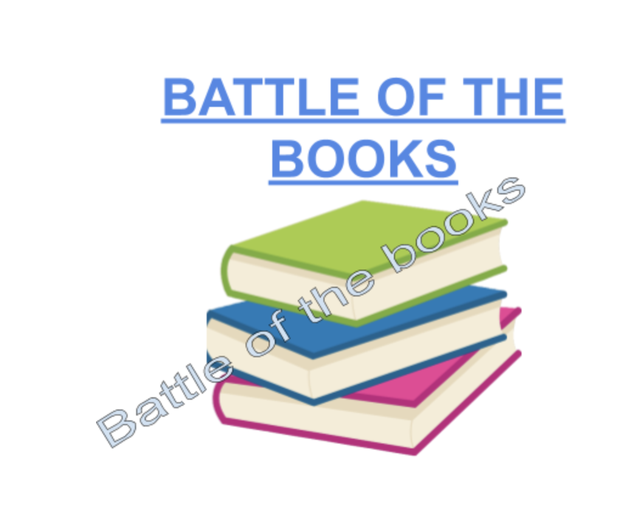 Staying in the Know

The Model 3 is a smaller half price to the Model S and Model X. There are over 500,000 paid reservations to purchase a Model 3. Tesla produces 500,000 Model 3s a year. Model 3s are now being delivered to US customers and are a surprisingly frequent sight on California roads. If you order a hand drive 3 in the UK now you might wait a year until it arrives. The Model 3 range is a little hard to keep up with. There are two options: the entry level single motor car which is rear wheel drive and offers 260 miles of range and a 5.6 second 0-60 mph time. This starts at around 35,000. The second option is the dual motor car which is all wheel drive and comes with a longer battery allowing it to go 310 miles between plug ins. This starts at 41,200 but if you spend an extra 11,000 it comes as a performance version which brings a 3.3 second 0-60 mph time 155 mph top speed and uprated brakes. The single motor car used to come with the longer range battery but recently it was scrapped.

The driving experience in the Model 3 includes smooth, quiet, handling, etc. The Model 3 gains speed smoothly and almost silently. The rear wheel drive long range model sprinted from 0 to 60 mph in 5.1 First thing is handling it is very adept. Offering rear wheel drive and set up all wheel drive there will be no skids. The Model 3 carries its battery under the floor. This helps it’s direction crisply and feel planted and stable in corners. The steering is accurate with three different settings that adjust the level of steering effort. Without the noise of a gas powered engine but you do hear plenty of noise inside the tires thwack and thrum over the road.

The Model 3 is very bare in the inside. The dash is nothing but a slab of wood. A full width air vent and a 15 inch touchscreen. The only buttons you’ll find are two unmarked scroll wheels on the steering wheel, buttons for the electric windows, a button for the hazard lights above your head, and a button on the grab handle to open each door, although there’s a physical lever below that. The seats are comfortable adjustable if you go for the 5,000 premium pack that adds heated seats, an upgraded stereo, tinted sunroof, and folding wing mirrors. The seats are made from polyurethane. 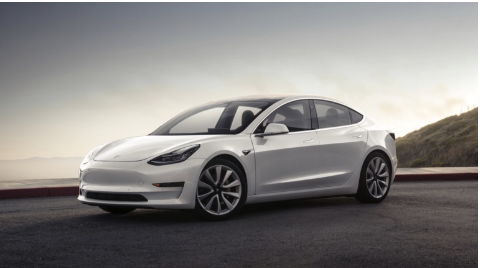 Getting to Know Our Staff

What made you want to become an educator:

“As I was making my college choice, I first thought that I wanted to go to culinary school. After some reflection with my parents I decided that my love for kids trumped my love for cooking.”

What college did you go to:

“I went to West Virginia University for my undergraduate degree. I earned my first masters degree from Kean University and my second from Nova Southeastern University.”

What are your kids' names:

Favorite memory made in Leonardo:

“My favorite memory in Leonardo is how warm and welcoming the whole school community was when I was first hired. I received many well wishes, positive feedback and an AMAZING banner placed above the front doorway.”

What other schools did you work at:

“During my 25 year career, all in Middletown, I have also worked at Thorne Middle School and Middletown HIgh School South.”

If u had to change one thing in this school, what would it be:

“I do not really think that there is “one thing” that I would change. As an educator I am constantly analyzing and reflecting on ways to improve our school.

I have been here for four years and in that time I have made many changes. Some of the changes have been subtle and some have been bigger changes. I am constantly looking for ways to improve everything we do as a school community.” 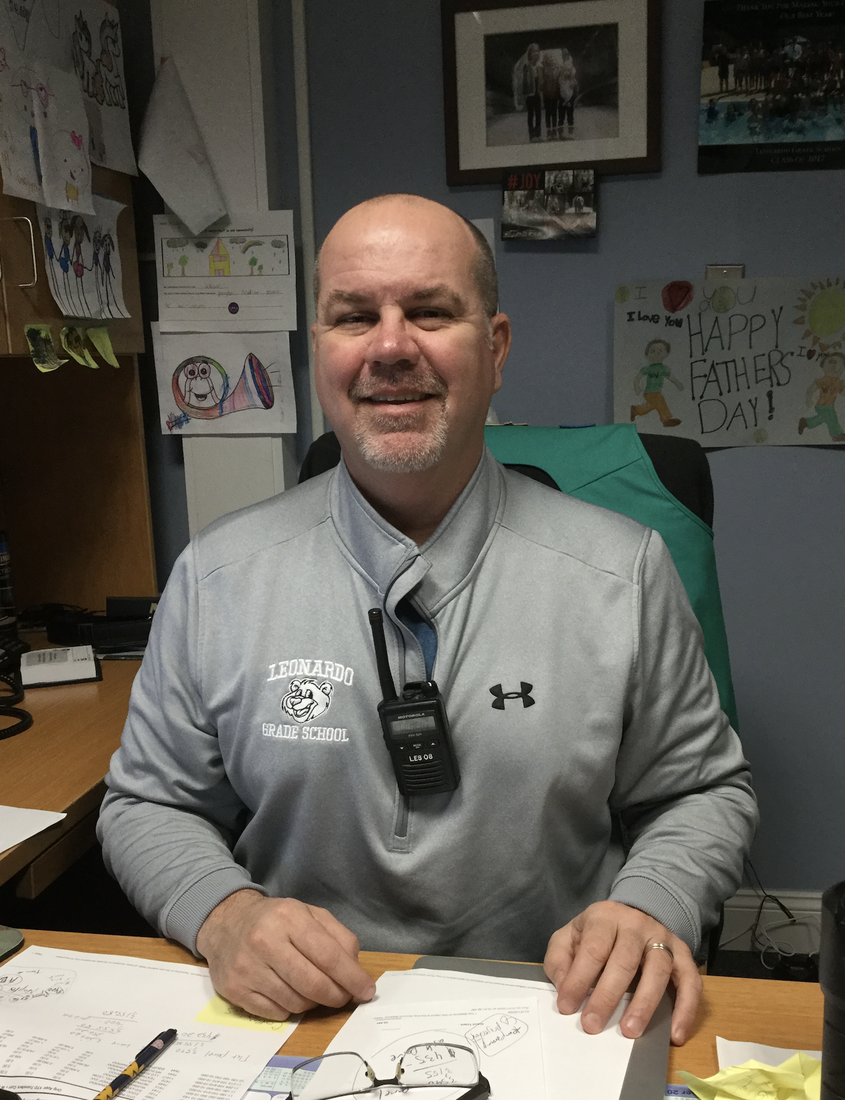 Hey everyone! Have you heard that Mrs. Rosato is the teacher of the year? Here are some facts about her. She has been teaching for thirteen years. She has always wanted to be a teacher since she was a little girl. She has taught at another school in Point Pleasant. She has taught 4th and 3rd grade before teaching in 2nd grade. Her most beloved thing to do as a teacher is seeing her students everyday and having the opportunity to educate her students. She went to Quinnipiac University. Her favorite book to read is Charlotte's Web by E.B. White and her favorite subject is reading. When she has free time she will usually run around with her children and does all of her kids activities like baseball, dancing, and basketball. If she has time to spend for herself she will go shopping. Here are some other facts about Mrs. Rosato. She has three children named, Justin, Ryan and Reese. She live in Leonardo. She loves going to the beach and being with her family. 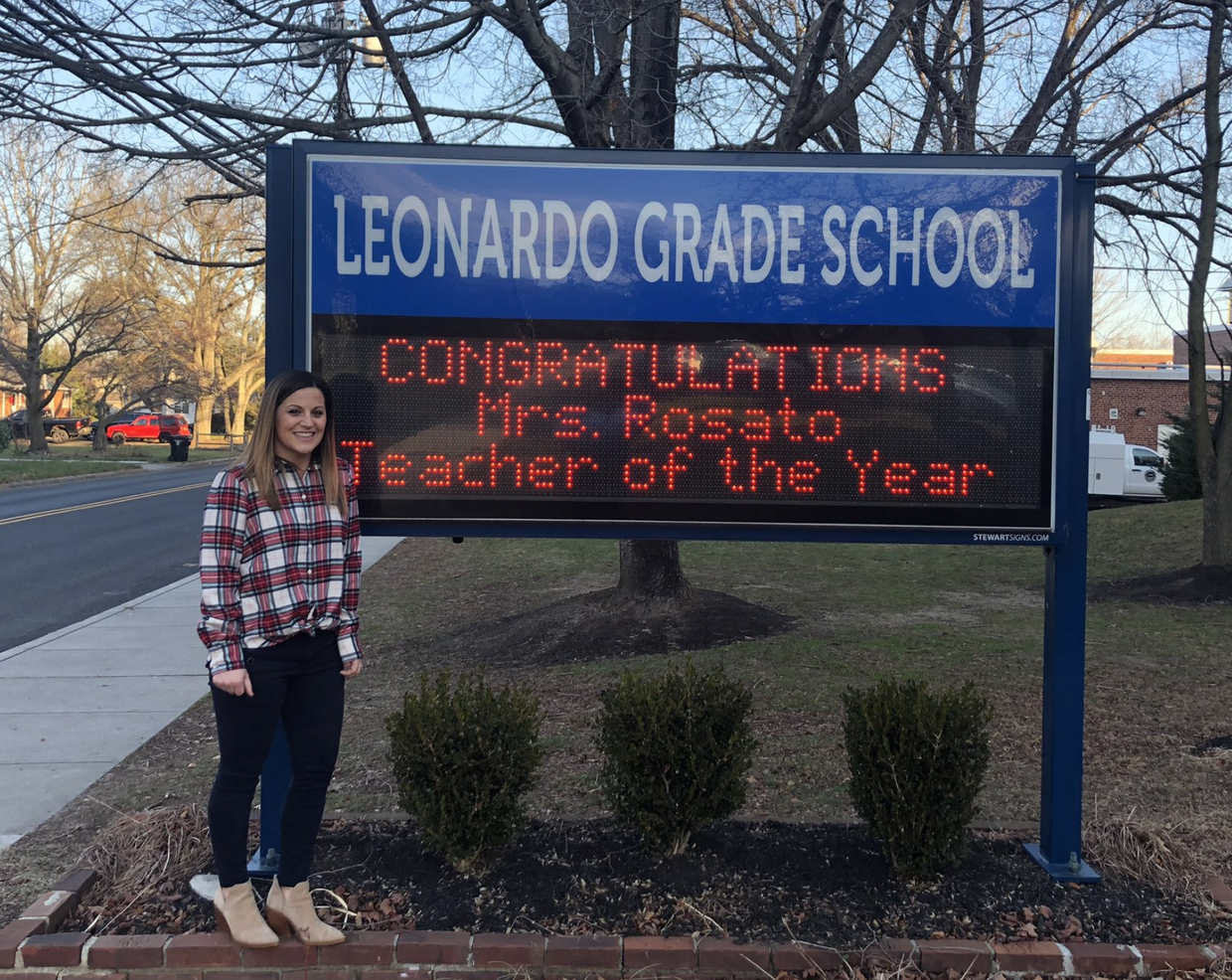 Follow Genie Iovino
Contact Genie Iovino
Embed code is for website/blog and not email. To embed your newsletter in a Mass Notification System, click HERE to see how or reach out to support@smore.com
close