Sohee is using Smore newsletters to spread the word online.

Get email updates from Sohee:

One powerful element inside of the book that underscored the empowerment of women is the strong love, both physical and mental, between two female protagonists, Celie and Shug. The book meticulously (and explicitly!) depicts Celie's initial reverence towards Shug, which eventually turns into a intense, deep feeling of love. Such strong emotion, though which can be regarded as inappropriate, is vital in the development of Celie, who becomes an independent, self-loving, self-fulfilling female. Yet such description is curtailed from the movie; the connection between the characters are less intense and scene in which Celie is heartbroken because Shug finds herself a new man is entirely cut off. Their relationship is presented as a mere friendship, therefore mitigating the importance of the role of woman in the change of one's life. 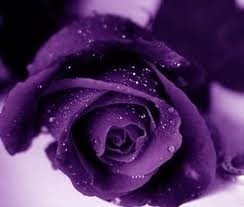 In the film, there are multiple scenes of purple flowers; this is significant in that the book does not delineate descriptions about any purple flowers. The fact that movie is a visual medium allows the film to easily emphasize the purple flowers-or the color purple, as the title of the book suggests-and the meaning behind the screen: peace and tranquility. Comparing the meaning of the flower and the reality, which is far from calmness, helps the audience better understand what the author aims for. For instance, the scene in which the purple flowers are presented when Celie and Nettie were playing in their childhood also bolsters the message the ‘purple’ carries.

There are several scenes in the film which were not depicted in the novel. Few memorable scenes are when Mr.--- throwing Nettie out of his house (never happens) and Shug coming up with a song as Celie brushes her hair (Shug already have heard the song before). Yet such adjoining helps create the setting clearly, such as the violence of Mr.--- and Shug natural ability for music.

The tone of the movie is lighter than that of the book, which is grave and serious, even melancholic to some degree until Celie starts to live as an independent woman. Yet the film, especially with the music, sets a more buoyant setting. Such depiction undermines the violence, the tension, and other negative aspects of the society that the author tries to portray throughout the book.

Nettie’s experiences in Africa from the book are diametrically different from that of the movie. The novel goes in details, showing the audience the maturity, thoughtfulness, and her devoting love for Celie, whereas the film is more curtailed. Such attenuates the two sisters’ deep affection for each other and prevent the insight / better understanding of who Nettie is.

The tension and Celie’s internal thoughts are externalized in the film. The book is a format of a letter; it is mere descriptions of Celie’s thoughts and emotions. Thus the film has to show Celie’s thoughts through characters’ actions and their experiences. For instance, in the part which Celie was vacillating to whether or not kill Mr.--- was shown through the close up on Celie holding the sharp razor. Another noticeable scene is when Celie stands up for herself; when Mr. --- tries to hit her, she stops him. The camera insinuates the change in the relationship between the couple by changing the angle of the scene before and after Celie’s action.

Celie’s husband is depicted as a small proportioned man. Yet he is a violent, abusive man who hits Celie at his whims. He is a form an antagonist. To stress the ‘evilness’ of this character, the movie does not follow the book but chooses an imposing, intimidating person to be her husband. 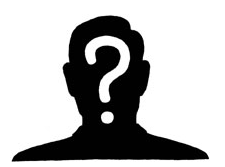 In the book, Mr. Albert ____ is only referred to as ‘sir,’ developing a formal relationship between Celie and her husband, whereas in the movie he is called Albert or Johnson, therefore suggesting a rather casual relationship. Yet ironically, in the book the once formal relationship changes into a friendly one, as Celie and Mr. _____ becomes true friends despite the fact that Celie refuses to remarry him. In the film, however, Celie and Albert do not reconcile, therefore amplifying the black-white-no grey notion. On the contrary, in the novel Mr.______ changes slowly and learn to be respectful to females, therefore underlining the author's view of how there is no distinct line between good and evil.

In the novel, Celie is writing letters to God about her life, the hardships she faces. Thus the narration is more personal and sensitive. The change in the tone is subtle, and all the misspelling emphasizes the notion that the narrator is an uneducated black girl and highlights her candid, open perspectives. Nonetheless, this is not depicted in the movie. Considering that movie is a visual media, it would have been hard to not only set up but also capture the strong relationship between Celie and God as in the book. Thus the relationship is not established. Luckily, such change did not adversely affect the portrayal of Celie and how she changed slowly to become an independent woman of her own.

To sum up, the film was a decent projector of the book. But as the author stated, a movie is not a replica of the book. The book is open-ended and provides the message that there are no simply black/white issues, especially those that involves people. It suggests that problems are the complex byproduct of relationship between people. Yet the film, because it is under too many restrictions, was not able to capture all the essence of the book, especially those related to sex and rape. Such elements play a big part in that not only do they emphasize the empowerment of women and but also underscore the bonding between families. But overall, the film accurately portrays what the author wants to convey through her book, mainly learning to love oneself and pull himself/herself from misery.

Sohee is using Smore newsletters to spread the word online.

Follow Sohee Kim
Contact Sohee Kim
Embed code is for website/blog and not email. To embed your newsletter in a Mass Notification System, click HERE to see how or reach out to support@smore.com
close