Get email updates from Colby:

Were did West Nile come from?

To date, strains of the West Nile virus have been commonly found in humans, birds, and other vertebrate animals in Africa, Eastern Europe, West Asia, and the Middle East.

Encephalitis is a rare but potentially life-threatening inflammation of the brain that can occur in people of all ages. The most common cause of encephalitis is infection by a virus.

What is West Nile? 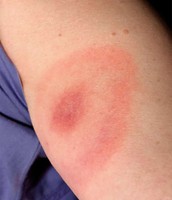 What are the damages for West Nile.

Most people get infected with West Nile virus by the bite of an infected mosquito. Mosquitoes become infected when they feed on infected birds.

Follow Colby Swift
Contact Colby Swift
Embed code is for website/blog and not email. To embed your newsletter in your email, click HERE to see how or reach out to support@smore.com