Upneet is using Smore newsletters to spread the word online.

Get email updates from Upneet:

Canada and The World Community

Canada and The World Community

Canada is highly developed when comparing it to other nations. When we talk about Canada and other nations, we usually group them into 3 different categories: Developed, Newly Industrializing and Developing. We also group countries into other different groups such as GDP, Literacy Rate etc. But aren't there are limitations to grouping countries? and Where is Canada placed when grouping countries?

Well I'm going to be telling you about everything I just listed.

Developed Countries- They are the highest level of economic and social development. They have high standards of living and even the poor live well compared to others in the world. They have well developed services such as health care, education, banking etc. Advanced manufacturing is also a key for a developed country.

Newly Industrializing Countries- When a countries economic rank is somewhere between the developing and first-world classification. They are more industrialized and have a urban economy and they move away from agriculture.

Developing Country- The economy in developing countries are based on agriculture. They are focused on manufacturing since they have raw materials that can be used in manufacturing. They have very poor service sector since people have little money to use on restaurants, movies and etc. Since they earn little amount of cash, they are not able to pay taxes so the government can't offer healthcare, education or economic development.

GDP- Gross domestic per capita is a measure of a country's wealth. It measures the total value of goods and services a country produces in a year on a per person basis.

Ranking- The country that ranks number 1 for GDP is United States and Canada is ranked 11th. I think the ranks of the country are like this because which ever country produces more ends up having more GDP.

(Link of rankings below.)

List of countries by GDP (nominal) - Wikipedia, the free encyclopedia

Literacy Rate- Is the percentage of people that can read and write in a country. If literacy rate is higher it is easier to know information and spread information.

Rankings- The country that ranks number 1 is Finland and Canada ranks 23rd. The ranking of the countries show that the countries that are developed and have more accesses to resources have a higher literacy rate than the ones who don't. I find it weird how Canada ranks 23rd because we have a great education system.

Birth Rate- Is the the number of children per 1000 of the population.

Ranking- The country that ranks 1st place is Niger and Canada ranks 190th place. I think that the countries that are developing have a higher birth rate because they are not educated and they don't have good health care. Canada being 190th place isn't bad because in a developed country not may people have kids because they are focused on their studies and getting a job and travelling.

Death Rate- Is number of deaths per 1000 of a population.

Rankings- The country that ranks 1st place is Lesotho. Canada ranks 81 place. I think that the developing countries death rates are more because of Health Care reasons but others countries who are not developing can rank high to because of suicides or homoicides.

Life Expectancy- Is how long people in a country can hope to live. Life Expectancy depends in which type of country you live in. For example in a developing country's a persons life may be short compared to someone in a developed country.

Rankings- The country that ranks 1st place is Monaco with 89.52 years. Canada ranks 18th with the life expectancy of 81.76 years.

1. When we talk about "progress" and "development" we don't really know what we are saying. Because if a countries GDP increases it is considered developed, when the quality of life may not have improved.

2. Another problem is when people in some countries produce there own food, it is not reflected in the GDP because the food isn't sold to anyone. When farmers grow sugar and coffee that is considered cash crops. But now the land used for cash cropping is no longer available and the sugar and coffee workers won't earn and than they can't afford for there families.

3. A third problem is there are only three groups, so each group contains countries that are very different from each other.

4. A fourth problem is many people assume that a countries level of economic and social development is same throughout the population. That is wrong because not everyone in a country are millionaires. For example, Canada has people on streets, people who are millionaires and average.

5. The last problem is that countries that were part and members of the formal Soviet Union were communist. There social development is advanced, so which group they do belong to now?

As you see there are many limitations that come while you group countries. 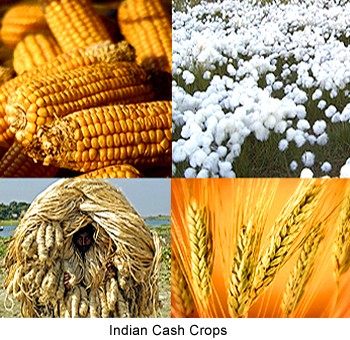 2. Two problems that developed countries face are pollution because we have so many resources and we consume a lot. For example, we use transportation and at least one family has one car. Another problem is that we take things for granted. We get some may things that we don't think about the people who don't. So we end up wasting a lot of things that could come in use to others.

In conclusion, this is how countries are grouped and categorized. There are developed, developing and newly industrializing countries. As you see there are also many limitations to grouping countries. Canada compared to other nations is very good and well ranked for everything. This is Canada and The World Community.

Upneet is using Smore newsletters to spread the word online.