All about Juan Rodriguez Cabrillo

We know little of Juan Rodríguez Cabrillo's early years until 1519 when his name appears in the ranks of those who served in the army of famous conquistador Hernan Cortes, where he joined in the conquest of Mexico and Guatemala. Cabrillo fought as a captain of crossbowmen in the battles between the Aztecs and the Spanish. After the defeat of the Aztecs, Cabrillo joined other Spanish military expeditions in what is today Southern Mexico, Guatemala and San Salvador -- eventually he settled in Guatemala. He was described as Portuguese by Spanish chronicler, Juan Rodriguez Cabrillo was born in 1499 and died in 1543, January 3 at age (43-44) 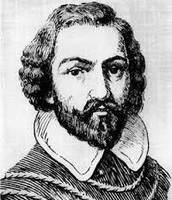 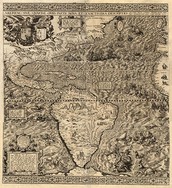 Cabrillo shipped for Havana as a young man and joined forces with Hernan cortes in Mexico then called New Spain. Later, his success in mining gold in Guatemala made him one of the richest of the conquistadores in Mexico. According to his biographer Harry Kelsey, he took an indigenous woman as his common-law wife and sired several children, including at least three daughters. Later he married Beatriz Sanchez de Ortega in Seville during a hiatus in Spain.
Wikipedia