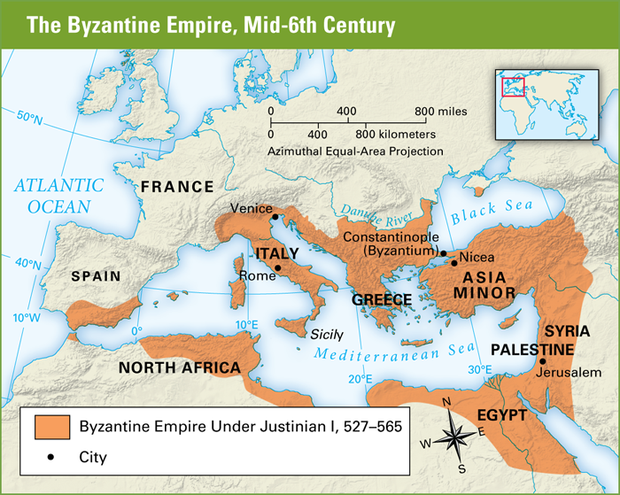 If you are looking for ancient beautiful buildings and art then constantinople is the right place for you. Constantinople is home to one of the most beautiful cathedral in the world known as the Hagia Sophia, and the art inside is unmatched in complexity. Religion played a huge role in the life the Byzantines daily lives. The Byzantines viewed their religion as the foundation of their civilization. Religion was extremely closely related to government. The emperor was viewed not only as their leader but as the living representative of God.

The beautiful city of Constantinople has many geographic features, one of the features is that the city is surrounded by water on three sides, making it easy to defend from other cities. The city also stands between Asia and Europe, Making the city an ideal place for trade. During the the Byzantine Empire, this location was an ideal place for trade and other actions. During this time the empire keep growing and growing. For more than 700 years Constantinople was one of the wealthiest cities in the Byzantine Empire.

The government in Constantinople was linked very strongly with the church, the people viewed the emperor not a ruler but as a living representative of God, the church and the government were linked in a one all powerful body. The church linked the people in common belief, the church played a big role in daily life.

Life in Constantinople was comfortable compared to the rest of the byzantine empire. So if you would like to experience the same comfort come to Constantinople. The city was one of the most wealthy in the world and is always full of trade. The city had orphanages and elderly homes hospitals and church. Church played a huge role in the life. Most citizens attended church every day. The city is full of culture and art, the Hagia Sophia is just one of the many examples in this beautiful city. 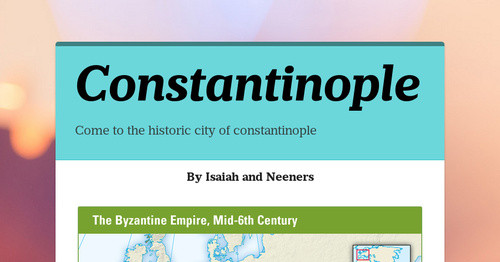 Follow Batman Oates
Contact Batman Oates
Embed code is for website/blog and not email. To embed your newsletter in your email, click HERE to see how or reach out to support@smore.com