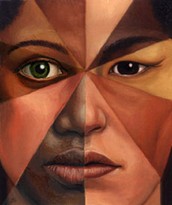 Racism is a large topic all around the world, and there is many different kinds. Racism often takes place as social actions, practices, and political systems. Curtain races find themselves to be superior to another. Racism is the belief that all members of each race possess characteristics or abilities specific to that race.

Slavery, the start of Racism in America.

Slavery is on of the biggest racial problems in history, and it was also one of the first recognized problems. It is the practice or system of owning slaves. Most of the time, slavery was a white man buying and selling African Americans, like they were property. Slavery started in America when the first slaves were brought over, in 1619. It was practiced throughout American in the 17th and 18th centuries. Eventually, this lead to the Civil War, which was in 1861.

Facts about Racism and Race

In ancient times, the Greeks and Romans didn't have racial categories. They just divided themselves by the language that they spoke. During the medieval era humans were divided into “believers” and “nonbelievers” not by biological race. Most of the genetic varieties is not between races, but within them. Some scientist believe that geography and ultraviolet rays cause the variation of skin color, not race.

Racism Around the World

The moral disease of racism is being spreaded across the world. It’s a very complex issue. We have been unable to embrace the uniqueness of the different ethnic groups. Racism takes place on every continent. In Europe, racist groups have gained more acceptability. The countries, such as, France, Germany, and Austria have became more acceptable.