Gender Portrayal In the Media

Gender Portrayal In the Media 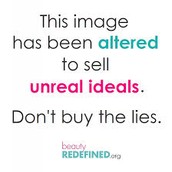 The Medias Grasp On Humanity

Media plays into a large part of our life's. As the world has developed the view of women have been said to have changed; but are they really? From the over sexual stereotype to the underwhelming roles that a women should play, the media has implanted thoughts into our minds, rather we recognize it or not. Also the percentage of people who hold themselves up to the standards of the media is staggering.

"In everything from advertisements, T.V. shows, newspapers, magazines, comic books, popular music, film and video games, women and girls are more likely to be shown: in the home, performing domestic chores such as laundry or cooking; as sex objects who exist primarily to service men; as victims who can't protect themselves and are the natural recipients of beatings, harassment, sexual assault and murder."

Thing about this for a moment.... What does this say about or so called"equal" society? Women, in movies for example, are either over sexualized or seen as weak. Some of the movies that I love, intentionally or not, portray women in a negative light more than a positive one. Not only are most women portrayed this way, but then seek to attain themselves based on the media's portrayal.

What does it say about society when men are often portrayed as " The Man". What does this entail?" From GI Joe, Rambo, to James Bond masculinity is often associated with independence, competition, emotional detachment, aggression and violence. Despite the fact that men have considerably more economic and political power in society than women, these trends - although different from the affects on women and girls - are very damaging to boys."Boys and men are told often to "suck it up, and be a man", or are given the idea that any signs of emotion are signs of weakness. From alcohol commercials, to mens fragrance ads: Men are to be strong at all times, are to be powerful, and shall be the master of women.

As a country we have grown, but the same gender and stereotypical problems from thousands of years ago still remain.(cited from www.etfo.ca/Resources/ForTeachers/Documents/Gender%20Issues%20in%20The%20Media.aspx)

Conclusion: What does this message send to children and future generations? "Research tells us that the more television children watch, the more likely they are to hold sexist notions about traditional male and female roles and the more likely the boys are to demonstrate aggressive behaviour.

In fact, images aimed at children are particularly polarized in the way they portray girls and boys. In advertising, for instance, girls are shown as being endlessly preoccupied by their appearance, and fascinated primarily by dolls and jewellery, while boys are encouraged to play sports and become engrossed by war play and technology.

Furthermore, children are increasingly being exposed to messages about gender that are really intended for adult eyes only. These images also help shape the notions little girls and boys have about who they should be and what they can achieve." (Cited from http://www.etfo.ca/Resources/ForTeachers/Documents/Gender%20Issues%20in%20The%20Media.aspx)

Women's Portrayal in the Media Video

How the Media Failed Women in 2013 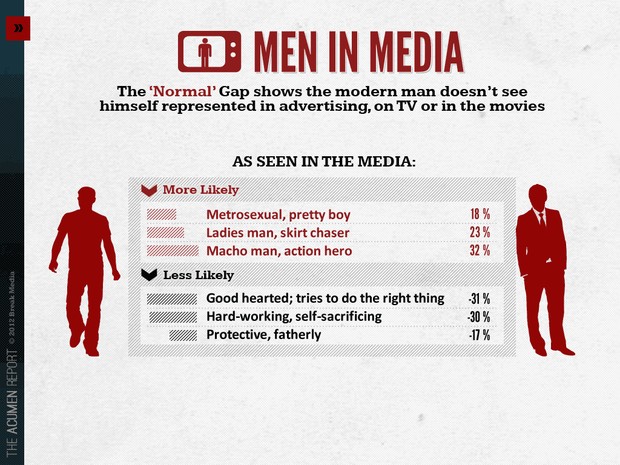