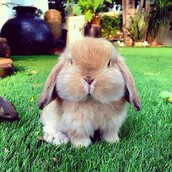 "Leo that was amazing! How did you do that?" barked Daffy the dog, with a huge grin on her face." Easy, just love yourself and what you have!" lectured Leo.

A sophisticated,but chubby rabbit, was putting his books in his locker when he heard someone with a voice as deep as the ocean called his name.

“Hey Leo, what’s wrong with your face.” mocked Buck, with a nasty smerk on his face. Buck was the most popular wolf in school, all the girls had a crush on him. As Buck and his posy approached Leo, he exclaimed….

“Nothing is wrong with my face, so just go away Buck!” cried Leo as a tear trickled down his cheek. Buck wasn’t going to leave Leo alone. Leo tried his hardest to ignore what Buck was saying, but he couldn’t.

“Why do you have such big cheeks? Looks like you got muffins stuffed in there.” shouted Buck. The whole hallway stared as if Buck was growing horns out of his head. Leo was embarrassed and knew if he ran away or started crying he would be so humiliated, he would would never be able to go to school for the rest of his life. So he kept on fighting but Buck just kept saying negative comments.

“ Just leave me alone!” Sobbed Leo as he blew his nose into a tissue.

“Never , it’s just too fun to pick on you because you have no friends to back you up and you will never be popular.” responded Buck as he high fived his friend.

Leo couldn’t take it anymore so he just ran away crying.

He ran into the bathroom as fast as he could. He ran so fast as if a dragon was chasing him spitting fire at his feet. Leo couldn't help it he bursts into tears. As he was crying Buck followed him into the bathroom to just make fun of him again.

" You have no use staying in school." Mouthed Buck as he giggled a little.

Leo just ran out and all the way home.

When he got home his brother Marley asked him why he was crying. Leo tried to act like he wasn’t crying but he couldn’t hold it in. He told Marley everything, about Buck and what he was saying.

“Growing up is hard because you will go through changes. You have to be happy with what you have and don’t let anyone get you down about that.” explained Marley holding his hand on Leo's stubby shoulder. Leo understood and started to take his advice under consideration. He was still unsure about going back to school. Suddenly Leo started to think what could happen if he stood up to Buck. Maybe people would think of him differently. He thought for a while and made a decision.

Leo was sure about it he was going back to school.

As Leo was walking through school he saw Buck coming toward him. Leo was ready.

"What do you want now ol' Bucky?". Buck was surprised when Leo said that.

"I'm just comin' to say hi." Shared Buck as he scratched his head slowly in confusion.

"Well if that's all you gotta say then good bye!"

"Wait big cheeks I'm not done with you!"

"Well I'm done with you. Oh and Bucky I like my big cheeks they fit right on me." Leo interpreted with a bit of confidence. Everyone examined Leo with confusion then stared at each other realizing Leo stood up to the rudest, but best looking, wolf in school.

After Leo showed Buck who is boss. Everyone started clapping for Leo and his smile reached his ears.

appreciate what you have and never let anyone get you down about what you look like, just be you and no one else. 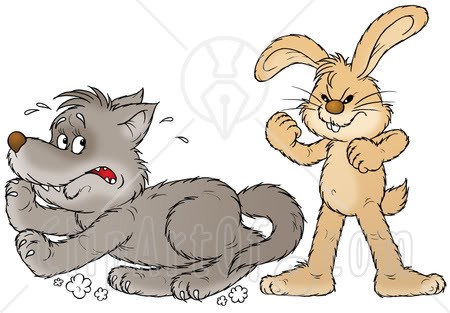 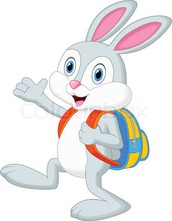 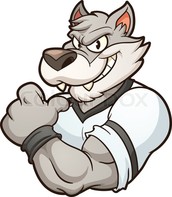