For those who may not know, the cover for From Fizzle to Sizzle has gone through several permutations. It's featured everything from an extinguished matchstick to a panache of colors from light to dark. The font has transitioned from tiny to large and from gothic to traditional. It's had more facelifts than...than...than that famous actress who's had a lot of facelifts.

Enter the final (ta-da) cover! This cover does everything a good cover should - it uses complimentary colors (blue/orange), the illustration brilliantly encapsulates the overall theme of the book, the font is dynamic, and, most important, both the publisher and author love it!

Pre-orders are available at all the usual on-line retailers (NOTE: As I write this, Amazon.com has not yet transitioned to the new cover; Barnes & Noble.com has. With either bookseller, however, you will get the same book with the brand new cover.) The book is due for release to "brick & mortar" bookstores nationwide on January 3, 2022 (depending on any potential delays in shipping schedules). For now, I wanted to show you the cover, just to give you a taste of what's to come. 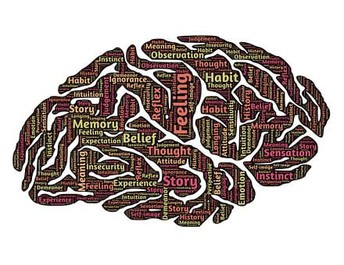 Are you ready for some new intellectual challenges? If so, here are a few to tickle your brain cells. Enjoy! 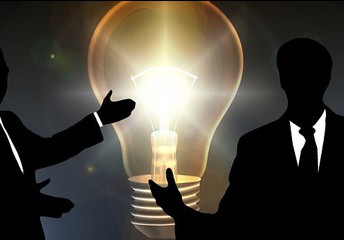 In 2006, Carol Dweck, a Stanford University researcher, wrote a pivotal and ground-breaking book: Mindset: The New Psychology of Success. In it, she presents compelling evidence from her own studies as well as those of other psychologists, that we each select one of two mindsets to govern our lives. The first, the fixed mindset, is an internal belief that our talents and abilities are fixed and unchanging - they are carved in stone - unchangeable and unmovable. As a result, we spend much of our lives trying to prove how good we are; how well we are living up to our “assigned role.”

Those of us with a growth mindset, however, believe that our abilities can be improved with effort and practice. We work to improve ourselves - not prove ourselves - striving to overcome any handicaps or shortcomings and pushing ourselves into new areas ripe for exploration and discovery. Dweck emphatically supports this notion when she writes, “People in a growth mindset don’t just seek challenge, they thrive on it. The bigger the challenge, the more they stretch.”

Many politicians embrace the fixed mindset - they boost, they bluster, they pontificate. They engage in a constant affirmation of not only how good they are, but also by downplaying the successes of others. Perhaps you know some “politicians” at work - people who are stuck in a personality that is as unmovable or unchangeable as the Rock of Gibraltar. “It’s my way or the highway,” they are often fond of saying. They spend large amounts of time trying to validate their “position”: they have a large amount of native talent and everybody else doesn’t! They need to establish and prove their superiority over all the “nobodies” in their lives. They are famous for standing their position - come hell or high water - and will not change for fear of appearing weak and indecisive.

But, the fixed mindset is not exclusive to politicians or bosses who hold fast to the philosophy that “If it ain’t broke, don’t fix it.” We often bump into people from all walks of life who embrace the fixed mindset as their way of dealing with an uncertain world or the inevitable challenges of everyday living. Perhaps you’ve met some of these people: A college student who gets a less that satisfactory grade on an assignment and considers herself a failure, a colleague at work who gives up early on a project because it’s nothing but a never-ending series of frustrations, a child trying out for the local Little League baseball team who repeatedly strikes out and throws the bat away in disgust, or a friend who is afraid of trying something new simply because he’s afraid of failing. These are the people who fervently believe that they only have a certain amount of talent, a certain amount of skill, and a certain amount of expertise and that they’d better hang on to those (limited) abilities rather than risking anything new or untried.

There’s another mindset in which these traits are not simply a hand you’re dealt and have to live with, always trying to convince yourself and others that you have a royal flush when you’re secretly worried it’s a pair of tens. In this mindset, the hand you’re dealt is just the starting point for development. This growth mindset is based on the belief that your basic qualities are things you can cultivate through your efforts. Although people may differ in every which way — in their initial talents and aptitudes, interests, or temperaments — everyone can change and grow through application and experience.

Maria Popova, another psychologist, cements Dweck’s research findings when she writes, “At the heart of what makes the ‘growth mindset’ so winsome is that it creates a passion for learning rather than a hunger for approval. Its hallmark is the conviction that human qualities like intelligence and creativity, and even relational capacities like love and friendship, can be cultivated through effort and deliberate practice. Not only are people with this mindset not discouraged by failure, but they don’t actually see themselves as failing in those situations - they see themselves as learning.”

So, what’s your mindset? Fixed or Growth? 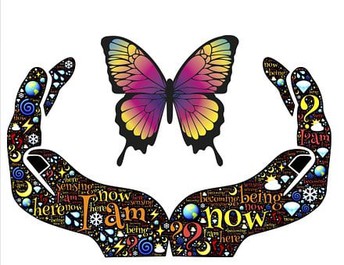 Two Things You Can Do to Enhance Your Creativity

1. Not An Expert. I am not an expert in paleontology, marine biology, longevity, interviewing, or ancient creatures. Yet, I’ve written adult nonfiction books on all those topics. I learned about a topic I knew nothing about and then went out and tried to explain it to an audience of readers. I approached my search for new stuff as a child might approach a playground jungle gym: with excitement, anticipation, and a sense of discovery. Experts are those who tend to rely on past experiences - experiences they have collected over time; information rituals that become repetitive and everlasting. All those experiences (all that knowledge) often becomes a solid chuck of stone - keeping them anchored and weighing them down. They have a bedrock of knowledge, but seldom an incentive to move in new directions. They are comfortable with what they’re comfortable with. New ideas are a threat. New ideas are a challenge. New ideas are strange, foreign, and, quite possibly, contradictive to what they know. Instead, find something you know little about and work to explain it to someone else. You’ll open up new avenues for creative expression.

2. Embrace Your Inner Child. As a friend once told me, “You have to grow old, but you don’t have to grow up.” Reconnect with your inner child, rediscover your once imaginative attitude, don’t be so serious so much of the time, and play as much as you work (if not more). If it rains, jump in puddles; if its windy, go fly a kite; if its sunny, kick a ball; and if its hot, jump in a lake. Make fun a regular part of your daily routine. Break away from what is expected and do something out of the ordinary. Playful children are creative children. The same holds true for adults. Don’t assume that “play” is the sole province of children. Regular play in our adult lives sends a powerful message to our brains that allows creativity to incubate and prosper. 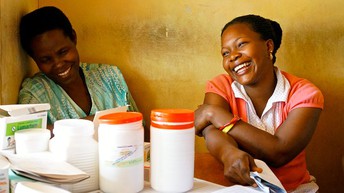 A Touch of Humor 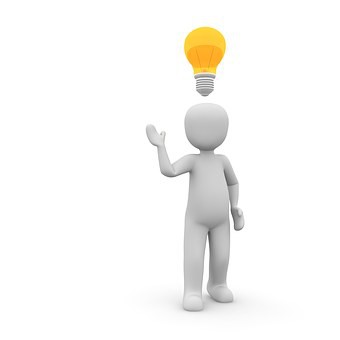 "Creativity is not talent, but attitude." 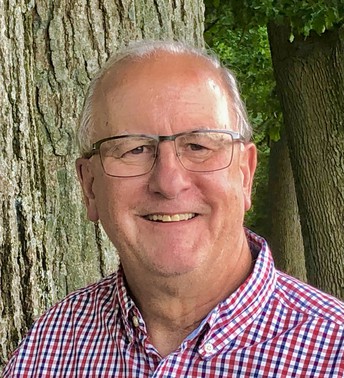 We'll have some more ideas, reflections, and creativity tips in the next edition of Creatively Speaking (January 2022). Stay tuned.