During the meeting in Ankara the partners of LeaCoMM project have reached his targets by following the guidelines of the official agenda as follows:

Firstly, the Greek organization (Desmos), responsible of the WP3 package ( State of the Art Report and Need Analysis) presented the summary of the national state of art reports (ppt) of the LeaCoMM consortium and the Need Analysis Report. There have been reflections, questions and discussions on the national state of art reports for better understanding national situations and priorities in view of LeaCoMM and the partners managed to result in specific recommendations which will be announced end of August in their Final Official Forms.

The German partner (moderator) introduced the presentation on good practice examples and modules for teachers and the rest of the partners presented similar cases of their countries according the aims of the LeaCoMM project.

Thereafter the partners discussed about the quality standards and a draft version of the document was presented for further edition. The issue of the steering groups in view of quality criteria - SAR; Needs Analysis - was also (moderated by the German experts)

Finally, the Irish partner presented the evaluation form for piloting and the guidelines of the project councils which will be created and organized by the partners.

An essential element of the agenda was also the opening of the LeaCoMM platform (moderated by the Slovenian partners) and his evaluation and further exploitation.

From the presentation of the State of the Art Report 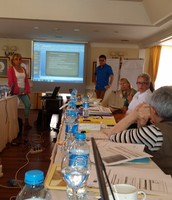 snapshot from the meeting

From the presentation of the Good Practices 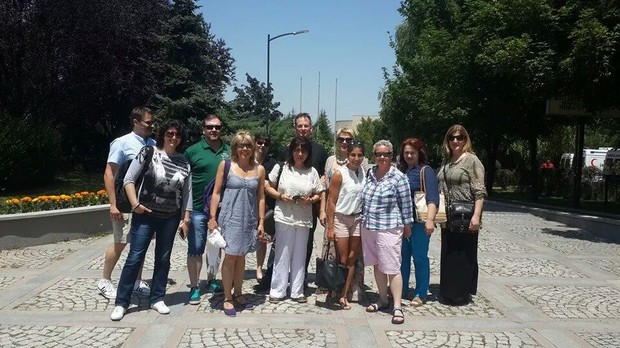