With the holiday season quickly approaching, the season of giving is here as well.

This year, we had a very successful turkey feather drive. We raised over $300, which was used to purchase food gift cards. A special thank you to all who gave so generously during this difficult economic time and to Mrs. Merlucci for all of her hard work organizing the initiative. RCK also participated in their second annual Turkey Trot organized by the Student Council. Approximately 10 boxes of boxed and canned food was collected and donated to a local food pantry at St. Peter's Church. The students and faculty jogged together celebrating the act of giving.

We will be celebrating Computer Science Week December 5th-9th. Learning computer science helps nurture problem-solving skills, logic and creativity. By starting early, students will have a foundation for success in any 21st-century career path. Our students will have the opportunity to participate in “The Hour of Code”. The Hour of Code is a global movement reaching tens of millions of students in 180+ countries. During a scheduled computer class time, students will participate in a form of coding to create movement for a character on the computer.

On behalf of the RCK family, we wish you and your family a very happy and healthy holiday season. See you next year when school resumes on Tuesday, January 3rd, 2017!

East Islip Board of Education

If you do not want to join Twitter, please use the Twitter Search link, https://twitter.com/search-home and type in our handle @EIprideRCK to see all of our school's happenings at RCK. 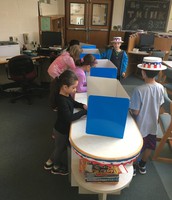 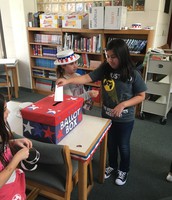 Casting a Vote in the Ballot Box

Students placed their vote in the ballot box so that Student Council could find out which endangered animal they would raise money for.

Student Council members helped classes cast their vote on the endangered animal in an organized manner. The winner of the election was the Red Panda. 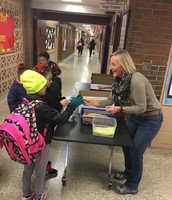 Getting Ready to Trot 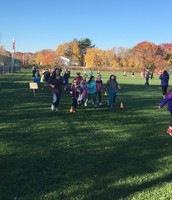 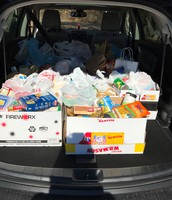 I hope everyone had a wonderful Thanksgiving! Winners were selected for the Red Ribbon Poster and Essay contest. The winners were Isabella Laban, 3rd grade, Mrs. Miller’s class and Jordan Schumacher, 4th grade, Mrs. Breen and Mrs. Danowski’s class. Winners were awarded a Target gift card.

The Veterans Day celebration was a moving tribute for all who attended. Veterans were honored with a parade through the halls of RCK followed by bagels and coffee for guests. Author Valerie Pfundstein visited students and gave a presentation on her book Veterans: Hero’s in Our Neighborhood.

Cradle of Aviation will be visiting students in December to present an iRobot program. Each class will get a 30 minute session in the new Makerspace for the program. We cancelled Trivia Night due to poor response and plan to reschedule it for January or March.

Thank you for your continued support and have a wonderful holiday season and a Happy and Healthy New Year!

The PTA Membership Application is now available online. The online address is:

Valerie shared her book and stories about our Veteran superheroes

Please take the time to look over the words and join us each morning as we sing and celebrate the great country that we live in!

(part of the song)

Everywhere around the world

Every time that flag’s unfurled

Got a dream to take them there

My country ‘tis of thee - Today

Of thee I sing - Today

Of thee I sing - Today

The Box Tops for Education program has been very successful. Through the Box Tops for Education program, an everyday trip to the grocery store can make a difference for the students at Ruth C. Kinney Elementary. This program allows families to clip the Box Tops coupons, found on hundreds of common grocery items, and send them into school where they will be combined with coupons from other families. Each coupon is worth 10 cents for your school. The dollars add up quickly! The average family purchases more than 100 Box Tops products each year, and 100 Box Tops totals $10 in earnings for our school. Ruth C. Kinney Elementary can earn up to $20,000 per year with your help.

We look forward to another successful year for Ruth C. Kinney and your children! Thank you in advance for your participation.

Our Makerspace in Action

Makerspace is a unique area in our school that allows for creativity and innovation to occur. Students have the freedom to design, engineer, fabricate, create, build and collaborate. We are starting small, but thinking big! Makerspace is part of the Maker Movement and it incorporates STEAM initiatives – Science, Technology, Engineering, Art and Mathematics. 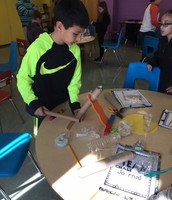 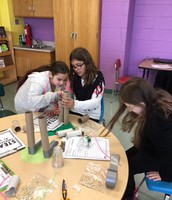 They used trial and error until their contraption worked the way they intended.

Students were challenged to build a straw structure that could support a small ball above the table for 15 seconds or more.

Children will be informed in advance about their arrival time and necessary procedures. Our school’s dress code requires each student to wear a white shirt and black pants/skirt. Girls may wear pants if they prefer. No HIGH-HEEL shoes are allowed for safety reasons. We all look forward to this exciting event!

DELAYED OPENINGS AND EMERGENCY SCHOOL CLOSINGS DUE TO INCLEMENT WEATHER

In the event of inclement weather, which might cause hazardous road conditions, the closing of school will be announced as follows:

Please be reminded, in accordance with East Islip School District Policy, once school is open, it will remain open until all children are picked up or dismissed at 3:12 PM. This policy also pertains to snowstorms and blizzards.

Now that the temperatures are dropping, please send your child in with a coat for recess.

The school wide book of the month to illustrate our focus on Perseverance will be the story, Fables, by Arnold Lobel. This book is filled with original fables each with morals to learn in every story. An illustration goes along with each fable helping the moral stand out more to children. 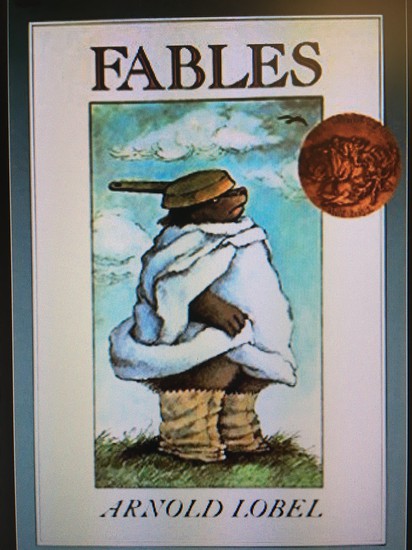 Mrs. Eskedal's third grade class wrote cinquain poetry on winter topics. A cinquain poem has five lines, and each line has a specific part of speech and number of words. The first line is the topic (noun), and the second line has two adjectives that describe the title. The third line has three verbs ending in "ing" that describe the title, and the fourth line is a phrase with four words. The fifth line is a noun that renames the title. Enjoy our winter poetry!

Christmas is so fun!

All the fun begins here!

Christmas is in December.

After much discussion over the game Pokemon Go, Mr. Orlando’s class had a real, in-class debate which focused on the whether or not kids should play Pokemon Go. The students passionately held their beliefs in check and gave meaningful reasons to support their position. Afterwards, they wrote about their beliefs regarding the game that has caught the attention of many.

Here are the positions held by several students from class:

“Yes, kids should play Pokemon Go because it gets kids outside. It gets kids active and they can meet new friends. It also allows kids to go outside and exercise rather than sitting on the couch. You could go with an older adult who will be paying attention to you. Kids can find different animals while exploring. Kids can also find new places while out walking and searching. I love Pokemon Go so much because it is better than other games.”

“Kids should not play Pokemon Go because if you’re playing it too long, it can hurt your eyes. If you are out walking your dog and playing at the same time, you could accidentally pull its leash and hurt the dog. Another negative is that hackers could hack into your computer based on the way you need to sign-in to play. Parents want their kids spending time outside enjoying nature, but if kids are just playing Pokemon Go, they aren’t enjoying what’s around them. One final reason I feel it is not wise to play this game is because you can get very hurt by passing cars in the street if you’re not paying attention to where you are walking.”

“I think both ‘Yes’ and ‘No’. Yes, because you can get a lot of exercise and make new friends. You can even explore new places. I don’t play Pokemon Go myself, but here are some ideas why kids should not be playing Pokemon Go. My first reason is because nature is meant to be enjoyed with your own eyes, not through a digital map on a smartphone. My second reason is because you can become seriously injured if not paying attention while walking in the street. You can also get seriously injured if walking with your head down to stare at the screen. In conclusion, kids should and should not be playing Pokemon Go for those reasons that I mentioned.” 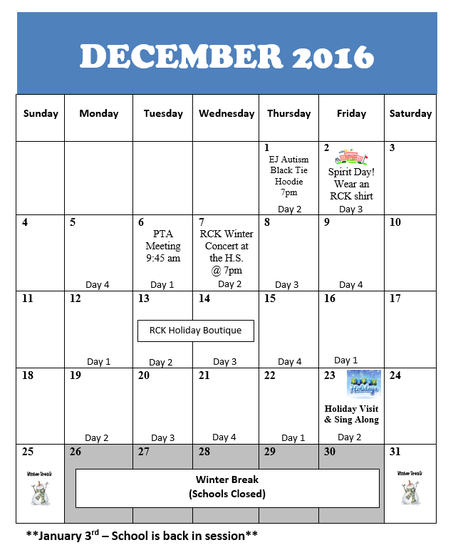