ND is using Smore newsletters to spread the word online.

Get email updates from ND:

Are you ready to get out and socialize (at a healthy 6 foot distance)? ND SHAPE is planning its 2nd Annual Golf Scramble at Riverwood Golf Course in Bismarck on June 15, from noon until finished. Mulligan's Pub and Grub will be catering dinner during the awards celebration. Registration will be available next week on the ND SHAPE website. We will also send it out in our next newsletter. Until then, enjoy some pics from last year's event! 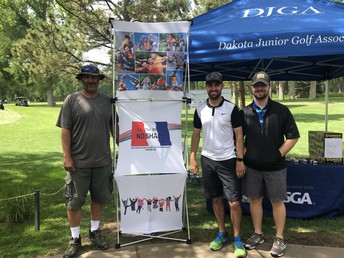 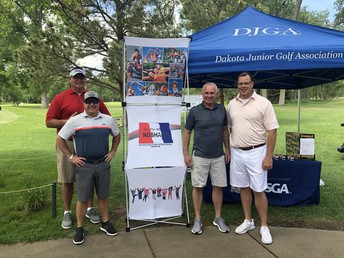 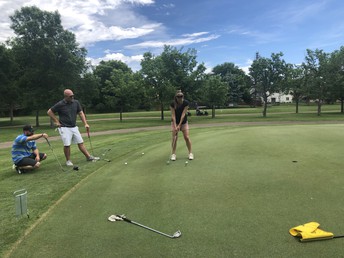 Are you wondering what other HPE teachers are doing to reach their students? Do you need some ideas for activities for the next three weeks? Do you need to see other faces and remind yourself that you are not alone in this new way of teaching?

To join the Zoom Meeting, either click the link below, or open your Zoom app and use the meeting ID and password below. You will need to be let into the meeting, so please hang out if you don't get in right away, we will admit you!

We have confirmation of continuing our distance learning through the end of the school year. Not the way we wanted to finish, but the safest for all of our citizens in North Dakota.

Historically, the first week of May is National Physical Education and Sport Week. We wanted to share with you some incredible activities SHAPE America has developed to help you celebrate with your students.

Some of the activities you will find include:

Click on the link above to check out those resources. When you get to the page, scroll down to find the activity you are interested in.

In 2019 SHAPE America piloted a new service-learning program designed to help teach all children how to cope with stress, bullying, and the societal pressures that can negatively affect their daily lives. In addition to education and service, this new program, called health. moves. minds., can also be used to raise funds for your school’s health and physical education program and initiatives.

While this first year didn't end the way we expected, we would like to highlight two of our schools that were able to implement the program before distance learning began.

Simle Middle School PE department has begun the tradition of hosting a variety of tournaments and activities during the month of March. There is a small window between middle school activities in which the gym space is available for afterschool events. This year Simle chose to host a variety of events keeping with the themes of the Health Moves Minds curriculum.

Simle kicked off March Madness with the start of National Eat School Breakfast Week. Students who ate school breakfast were given the chance to earn prizes sponsored by the Fuel Up to Play 60 program and Midwest Dairy. This year’s grand prize was a Dalvin Cook Autographed jersey awarded on March 5th. March 2nd was the first of two evening tournaments for students grade 6-8th. The first tournament was ultimate football, followed by a 3 vs 3 basketball tournament on March 10th.

The first of March also brought on an exercise bracket for the PE warm up in which students completed their chosen calisthenics. Students then voted their favorites through to the next class period. Each exercise was completed for 30 seconds. On March 4th we had all 350 6th graders in the gym for the Health Moves Minds official kick off. We opened with some mindful breathing, presented our Why, and incentives and concluded with the seven part jumping jack. The gym was alive with energy, ready for a successful event. Students would be selecting teams, creating names and determining a fundraising goal for their team to collect in hopes of drafting a teacher to their team for the culminating event. Throughout the two week event students could bring in their funds or raise online. Students that brought in $10 in cash were able to purchase a new black and Vegas gold PE shirt that promoted PE as “More Than Busy Happy Good” among other key words describing our discipline.

The culminating event was scheduled for March 17-18th. It would have consisted of a 90 min tournament time in which teams rotated around the gym to play nitroball, basketball, scooter hockey, beach volleyball and a tactical teambuilding “can’t touch the gym floor” mission impossible activity. Unfortunately, due to the COVID 19 pandemic we were unable to finish our event. We concluded with just shy of $1000 and some awesome memories along the way! 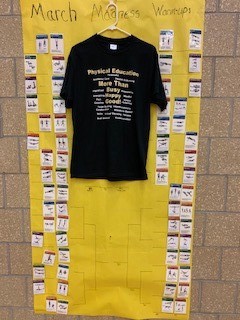 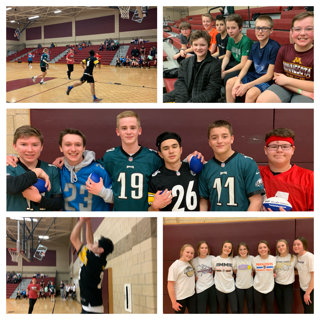 Judy LoBianco, Past President of SHAPE America and past Supervisor of Health, PE, and Nursing Services for South Orange-Maplewood Schools in New Jersey, recently wrote this article in the New Jersey Principals and Supervisors Journal. In it, she explains the program and its impact from a supervisor's standpoint. If you need assistance in convincing your administration to participate in this program, this article would be a great tool. You can view the journal here, with Judy's article on pages 62-63.

#LetsTalkPhysEd with Jason and Tanner

Check out this interview on Wednesday with Dr. Joe Deutsch from NDSU and current Central District SHAPE America Past President, and Leah Wheeling from Simle Middle School and Past President of ND SHAPE! They will discuss the implementation of health.moves.minds. in their schools: how to do it, what they observed with students, and tips for success in your own schools. While you're there, check out some of their other interviews as well!

In just a few short weeks, SHAPE America will have the sign up for school year 2020-21 live on their website. If you sign up early, you will get an additional 5% in Gopher gift certificates for your school. When the site is live, we will send out the link. 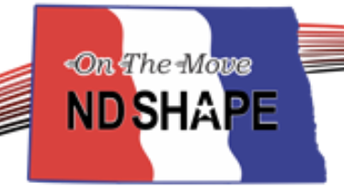 ND is using Smore newsletters to spread the word online.

Follow ND SHAPE
Contact ND SHAPE
Embed code is for website/blog and not email. To embed your newsletter in a Mass Notification System, click HERE to see how or reach out to support@smore.com
close