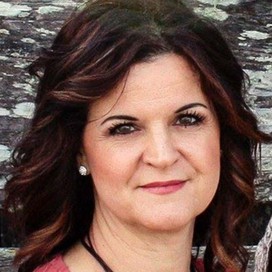 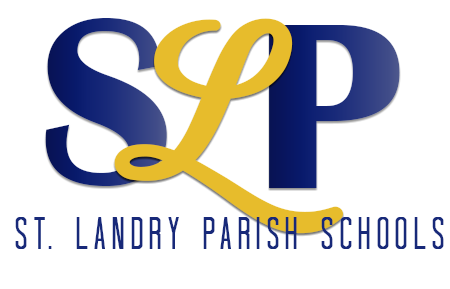 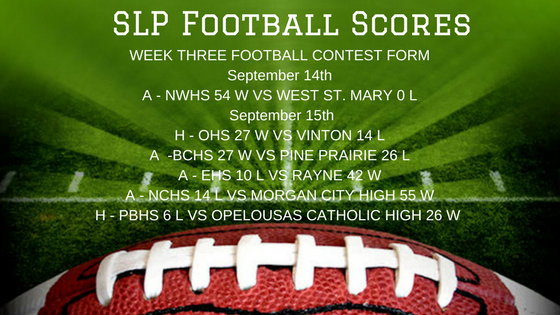 *All student attendees will receive a project board and a ticket for a FREE Jean day on Friday, September 22nd.

Glendale Students of the Week were recently recognized with a Certificate, Student of the Week pencil, and sticker for their great behavior. 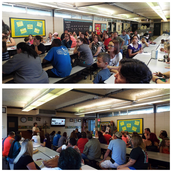 On September 6, 2017, Glendale hosted a Parental Engagement night for parents. Mrs. Lombas spoke about what parents can do to help our school and also spoke about things that go on at school. Parents also signed up to volunteer for projects during the school year. 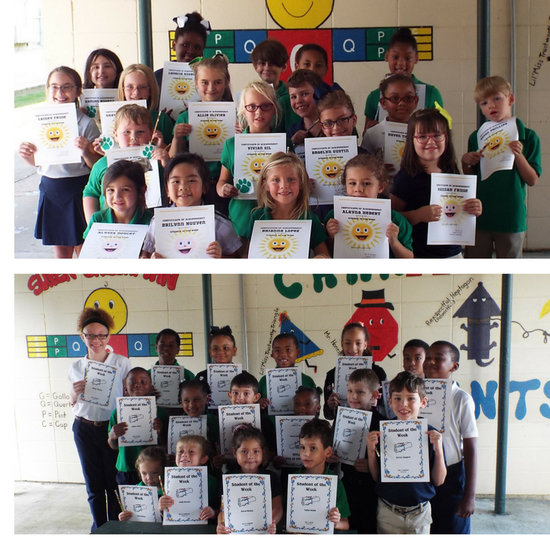 GCES would like to send a HUGE thanks to parents and grandparents for supporting our book fair. We were able to purchase new AR books for this school year.

Open House was held at Grolee Elementary on Tuesday. Parents were introduced to the 7 Habits of the Leader in Me. Current student performance data was shared as well as communication techniques. Open House was closed out with a dance by the Zydeco Ballers. 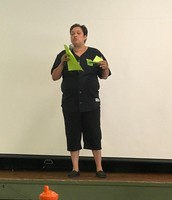 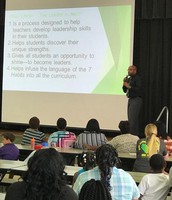 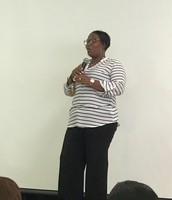 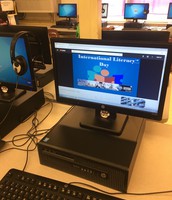 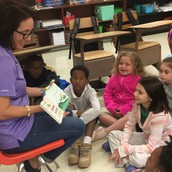 Students read a story called Pop’s Bridge about a little boy whose dad was a worker building the Golden Gate Bridge. They also learned about 3 different types of bridges, Arch, Beam, and Suspension bridges. They were required to choose one of the 3 types to construct and write the steps and materials they used to build it. 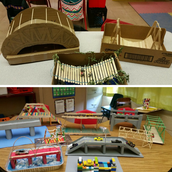 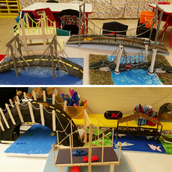 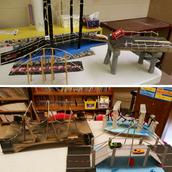 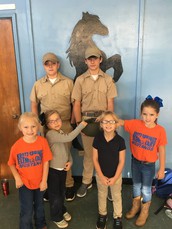 Our Jr. ROTC cadets are on a mission to help KSE raise money for a new school flagpole and flag. Fundraising for Mission: Old Glory started on Friday, 9/8 and will continue throughout the month of September. Students are given an opportunity to place their monetary donations in an army helmet held by our Jr. ROTC cadets each morning during assembly. If you would like to help fund our Mission: Old Glory project please contact Coach James Douget at 337-566-3585.

MACA is getting into full swing in all of our talent and academic areas!

MACA’s Band/Piano students practicing for their next upcoming concert.

MACA Dancers getting ready for their upcoming recital.

Mrs. Harmon’s Pre-K along with a parent volunteer designed a 9/11 memorial artwork. The children finger-painted an American flag and used their finger prints to paint the twin towers. 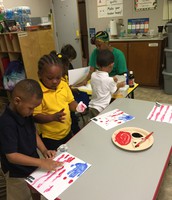 Ms. Solomon's 2nd Grade class studied soil with the help of Nutrients of Life videos and Ag in the Classroom activities. Student groups examined soil properties and created their own Earth layers. 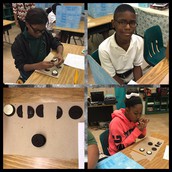 6th grade students in Ms. Tolliver's class learned about the phases of the moon. They used Oreos to display the moon phases. 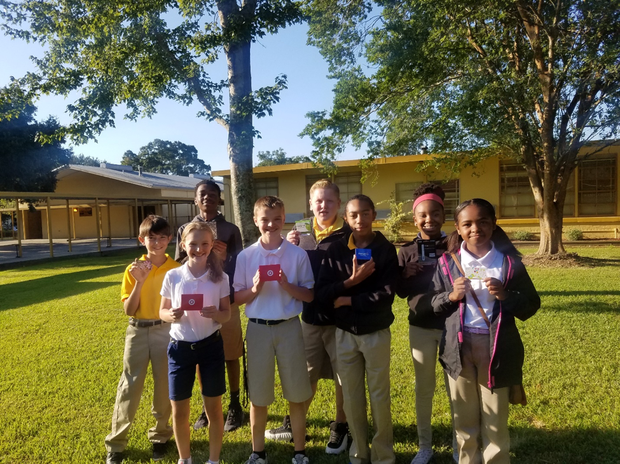 He'll be leading the way at Holy Family poker run

Candice Robin, a St. Landry Parish resident and parent of a young daughter with craniofacial disorders, created a campaign to raise awareness of the disorder as well as help to spread the message of kindness. In her campaign, she has solicited donations to purchase over 200 copies of the book Wonder by R. J. Palacio to donate to our St. Landry local schools. When her daughter enters school, she will be zoned in the Port Barre area. Ms. Robin would like to donate copies of the book to be placed in our school libraries and/or classes where we have students with this disorder.