Welcome to the Pink Fluffy Unicorns Dancing on Rainbows Travel Agency. Today we will look at some of the most popular Japanese crafts. Some of Japan's most popular crafts are origami, kimonos, fans, and Kokeshi dolls. Origami is a popular craft that is made by cutting and folding pieces of paper that are crafted into beautiful shapes. Kimonos are garments of clothing (a robe) that the Japanese wear on special occasions and can also come in many fashions. There 2 types of Japanese fans. There are sensu fans which are foldable fans, and there are also uchiwa fans, which are hand - held fans. Kokeshi dolls are super adorable little wooden dolls that date back to the early 19th century and can be collected. These are some of the arts and crafts that are popular in Japan.

Origami is a traditional Japanese craft that is crafted by using a square piece of paper to make animals, flowers, and other amazing things. After papermaking was introduced to Japan from Asia in the seventh century, the Japanese developed a way to make a type of paper that is known as washi. Washi was used to make the beautiful paper crafts that are now extremely popular. 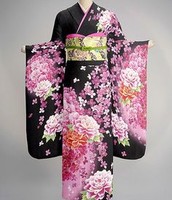 This is a lovely black, flowering, kimono with a green sash around the chest area.

This Japanese Fan is a Sensu fan, and it is a mix of lavender, violet, and white with string attached to it to give it that "special" look.

ARTS & CRAFTS. FUN TO MAKE AND FUN TO WEAR 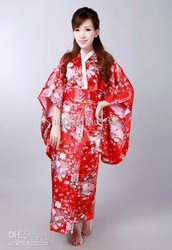 Kimonos were the type of clothing that the ancient Japanese would wear. Kimonos were also a type of robe. The more layers you had on, the richer you were. Back then “kimono” was the Japanese word for clothes. But now, it is more of a traditional type of word and does not mean clothing. The Japanese are very aware of the seasons and they have different kimonos for each season.

Kokeshi dolls are adorable dolls that come from the Tohoku region of Northern Japan where there were a lot of resorts. These wooden dolls were created in the early 19th century. Kokeshi dolls were created because carpenters wanted to sell the little dolls at the Japanese resorts in the Tohoku region as souvenirs. The Japanese think of them as good luck charms, to prevent fires and get rid of evil. These cute wooden dolls are pretty new, only dating back to World war 2. Collecting these dolls are very popular. As an example, one 88 year old Japanese woman had lots of rare and expensive Kokeshi dolls that she had collected over the years. 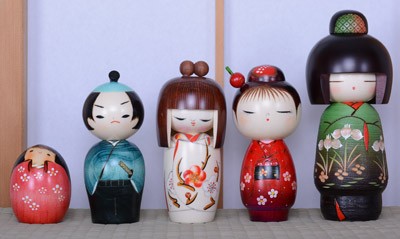 Japanese Fans are very beautiful. Warriors used them as weapons, actors and dancers used them for performances, and kids used them as toys. There are 2 types of hand fans. One is called Sensu and these fans are foldable.Hand fans have a lot of history, because they date back to the 6th century. Japanese Fans come in many styles and colors to match the person who uses them. Tourists also buy them as souvenirs. 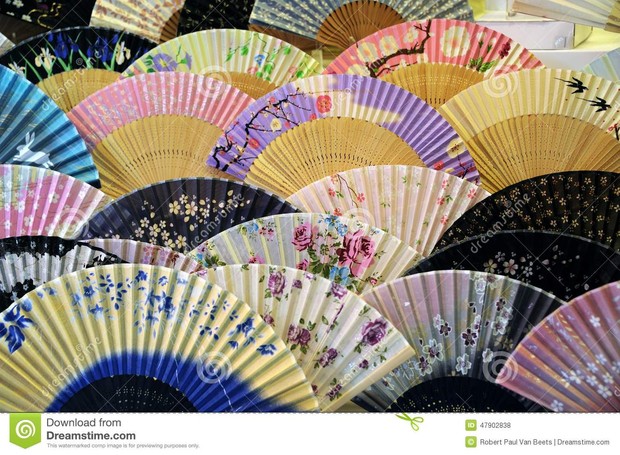 Those are all the popular crafts that I have to share today. Origami, Kimonos, Fans, and Kokeshi dolls all can make you smile. In origami you can create different animals and shapes, Kimonos as you can see are gorgeous robes that are comfortable and fashionable, Japanese Fans can match the style and color of what your wearing, and Kokeshi dolls can be rare, modern, or super - colorful. Thank you for joining me today to find out some of the amazing arts & crafts of Japan.
Kimono Fashion

This website leads you to a wonder of trendy and new Kimonos.

This link will take you to a origami peacock YouTube tutorial.