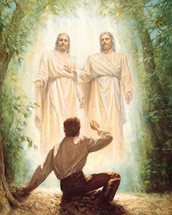 Joseph Smith founded mormonism or the Church of Jesus Christ of Latter-day Saints in 1830. Being born at the time of religious revival, he quickly became confused with what teachings were correct. As a young child he encountered a vision of the Heavenly Father and his son Jesus Christ in the woods, they then told him that all existing religious denominations were false. From then on he knew that he had a responsibility to spread his own teachings and restore the gospel. He is considered a prophet of this religion because God gave him the words to write the Book of Mormon. 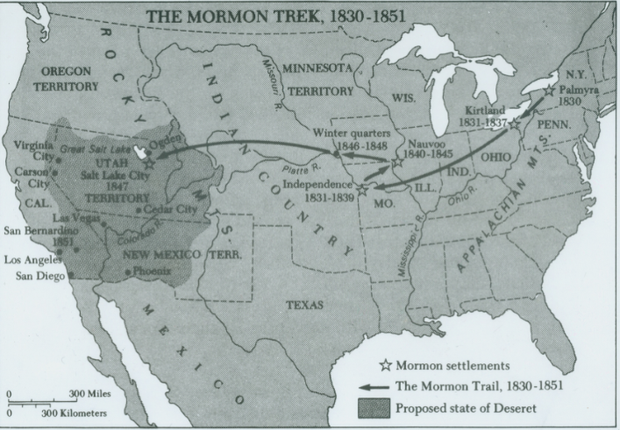 Joseph Smith's family settled in Palmyra, New York in 1830. Wanting to escape from persecution they moved to Kirtland, Ohio from 1831 to 1837; while others moved to several places in Missouri until 1839. They finally found Nauvoo, Illinois from 1840 to 1845. They were living in peace until Joseph Smith, their great prophet was accused of practicing polygamy. Non-mormons swarm in on Nauvoo, attacking them and shot Joseph and his brother. The successor of Joseph was Brigham Young, who chose to transport the mormons to a place in Utah, in which the deserts and the the mountains shielded them from further attacks. 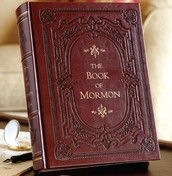