Get email updates from holly:

Water the cycle of life

Water the cycle of life

The water cycle of life

The water cycle has many types of stages. Step 1The sun happens to be the driving force of the water cycle. It heats up the water in seas, rivers, lakes and glaciers, which evaporates and rises up in the atmosphere. Water is also evaporated through plants and soil through a process called transpiration. This evaporated water is in the form of water vapor, which cannot be seen with naked eyes.Step 2This water vapor then comes in contact with air currents, which take it higher into the atmosphere. After reaching cooler temperatures, the water vapor condenses to form clouds, which contain millions of tiny droplets of water.Step 3These clouds move all round the globe and grow in size collecting more water vapor on their way. When it becomes too heavy for the clouds to hold anymore water vapor, they burst and the droplets of water fall back on earth in the form of rain. If the atmosphere is cold enough, the form of precipitation changes from rain to snow and sleet. Step 4In the last step, rain or melted snow flows back into water bodies like rivers, lakes, and streams. Rainwater is also soaked up by the soil, through a process called infiltration. Some of the water also runs off the surface or seeps in the ground, which may later be seen as groundwater or freshwater springs. Eventually the water reaches the oceans, which are the largest water bodies and the biggest source of water vapor.

In meteorology, precipitation (also known as one of the classes of hydrometeors, which are atmospheric water phenomena) is any product of the condensation of atmospheric water vapour that falls under gravity.[1] The main forms of precipitation include drizzle (sometimes called mist - especially "Scotch mist"), rain, sleet, snow, graupel and hail. Precipitation occurs when a local portion of the atmosphere becomes saturated with water vapour, so that the water condenses and "precipitates". Thus, fog and mist (except when the terms are used to mean "drizzle") are not precipitation but suspensions, because the water vapour does not condense sufficiently to precipitate. Two processes, possibly acting together, can lead to air becoming saturated: cooling the air or adding water vapour to the air. Generally, precipitation will fall to the surface; an exception is Virga which evaporates before reaching the surface. Precipitation forms as smaller droplets coalesce via collision with other rain drops or ice crystals within a cloud. Rain drops range in size from oblate, pancake-like shapes for larger drops, to small spheres for smaller drops. Unlike raindrops, snowflakes grow in a variety of different shapes and patterns, determined by the temperature and humidity characteristics of the air the snowflake moves through on its way to the ground. While snow and ice pellets require temperatures close to the ground to be near or below freezing, hail can occur during much warmer temperature regimes due to the process of its formation.

Any thunderstorm which produces hail tHail is a form of solid precipitation. It consists of balls or irregular lumps of ice, each of which is referred to as a hailstone.[1] Unlike graupel, which is made of rime, and ice pellets, which are smaller and translucent, hailstones – on Earth – consist mostly of water ice and measure between 5 and 200 millimetres (0.20 and 7.9 in) in diameter.[citation needed] The METAR reporting code for hail 5 mm (0.20 in) or greater is GR, while hat reaches the ground is known as a hailstorm.[3] Hail has a diameter of 5 millimetres (0.20 in) or more.[2] Hailstones can grow to 15 centimetres (6 in) and weigh more than 0.5 kilograms (1.1 lb).[4] Unlike ice pellets, hailstones are layered and can be irregular and clumped together. Hail is composed of transparent ice or alternating layers of transparent and translucent ice at least 1 millimetre (0.039 in) thick, which are deposited upon the hailstone as it cycles through the cloud, suspended aloft by air with strong upward motion until its weight overcomes the updraft and falls to the ground. Although the diameter of hail is varied, in the United States, the average observation of damaging hail is between 2.5 cm (1 in) and golf ball-sized (1.75 in).

Snow is precipitation in the form of flakes of crystalline water ice that fall from clouds. Since snow is composed of small ice particles, it is a granular material. It has an open and therefore soft structure, unless subjected to external pressure. Snowflakes come in a variety of sizes and shapes. Types that fall in the form of a ball due to melting and refreezing, rather than a flake, are known as hail, ice pellets or snow grains. The process of precipitating snow is called snowfall. Snowfall tends to form within regions of upward movement of air around a type of low-pressure system known as an extratropical cyclone. Snow can fall poleward of these systems' associated warm fronts and within their comma head precipitation patterns (called such due to the comma-like shape of the cloud and precipitation pattern around the poleward and west sides of extratropical cyclones). Where relatively warm water bodies are present, for example because of water evaporation from lakes, lake-effect snowfall becomes a concern downwind of the warm lakes within the cold cyclonic flow around the backside of extratropical cyclones. Lake-effect snowfall can be heavy locally. Thundersnow is possible within a cyclone's comma head and within lake effect precipitation bands.

Irish Weddings Italian Weddings French Weddings Search For: Waterspout Information Waterspouts are in essence tornadoes that form over the ocean. The wind sucks the water up into the air, forming the classic water spout shape. Waterspouts can form in any tropical water area, but primarily form around the southern coast of Florida. They can reach up to 22,000 feet high, depending on the cloud cover. Most waterspouts are relatively small and short-lived, but they can reach large sizes of 90' in diameter or larger, with speeds up to 200mph. Where tornadoes usually cause the most damage by flinging debris around, there is luckily little debris picked up by a water spout. However, it's always wise to stay clear of one, between the fast speed of the winds and the occasional driftwood piece that may have gotten caught up in one. Tornados in general move about 30-40mph, and can move more quickly. This means that it is possible - although extremely unlikely - for a waterspout to catch up with and overtake a cruise ship. Even so, the ship's crew would most likely see the spout coming, and ask passengers to move inside, off the decks. It's unlikely that the ship itself would be seriously hurt by a brief encounter with the spout. Cruising Tips and Information Main Page

Evaporation is the process by which water changes from a liquid to a gas or vapor. Evaporation is the primary pathway that water moves from the liquid state back into the water cycle as atmospheric water vapor. Studies have shown that the oceans, seas, lakes, and rivers provide nearly 90 percent of the moisture in the atmosphere via evaporation, with the remaining 10 percent being contributed by plant transpiration.A very small amount of water vapor enters the atmosphere through sublimation, the process by which water changes from a solid (ice or snow) to a gas, bypassing the liquid phase. This often happens in the Rocky Mountains as dry and warm Chinook winds blow in from the Pacific in late winter and early spring. When a Chinook takes effect local temperatures rise dramatically in a matter of hours

Condensation is the process by which water vapor in the air is changed into liquid water. Condensation is crucial to the water cycle because it is responsible for the formation of clouds. These clouds may produce precipitation, which is the primary route for water to return to the Earth's surface within the water cycle. Condensation is the opposite of evaporation.You don't have to look at something as far away as a cloud to notice condensation, though. Condensation is responsible for ground-level fog, for your glasses fogging up when you go from a cold room to the outdoors on a hot, humid day, for the water that drips off the outside of your glass of iced tea, and for the water on the inside of the windows in your home on a cold day
The Water Cycle Rap
Precipitation 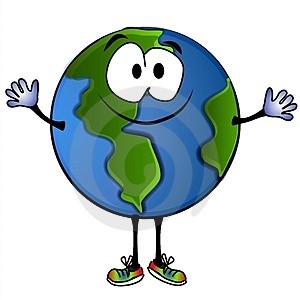