Name of continent or area or region: Caribbean, island between the Caribbean Sea and the North Atlantic Ocean, 150 km south of Key West, Florida

Define arable land and predict three ways impact your country: Arable land is land that can be used to grow crops. The ways it can impact a country are both good and bad. The good ways it could impacted a country would be if the country has plenty of arable land the country could export foods for other goods and raise funds for the government. Another positive impact having lots of arable land is being able to have enough food for everyone in your on country.

Physical features: mostly flat to rolling plains, with rugged hills and mountains in the southeast. The east coast is subject to hurricanes from August to November (in general, the country averages about one hurricane every other year); droughts are common

Neighboring Countries: No bordering countries but the United states and latin America is close by to cuba.

The Capital of Cuba 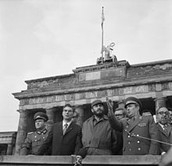 The former leader of Cuba

A wonderful landform in cuba