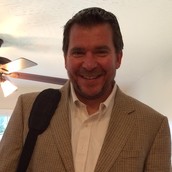 At the NCEA convention in San Diego, David Coleman delivered the keynote address. Coleman is the President and CEO of the College Board which produces the SAT, the PSAT, and the Advanced Placement Curriculum. His talk was centered on college preparation but was nevertheless thought-provoking. Here are a few points which have given me reflection:

Coleman spoke of “productive solitude.” College is an experience of isolation where people don’t care as much about you as they do in high schools. Catholic high schools invite students into communities in order to teach self-sufficiency and confidence, which serves them well. But they also emphasize a relationship with God, which leads to comfort in solitude.

Restful excellence was a point of emphasis for Coleman. He stresses keeping the Sabbath holy (or simply keeping a day reseved for family) and also balancing our different demands. Do you know what predicts success in college (other than GPA and test scores)? Research shows that prolonged engagement in one activity is an indicator of future success. In other words, quality engagement, not quantity. So we need to stress that students should worry less about filling their schedules with every activity possible and instead focus their efforts on a more balanced life.

Consider Coleman's thoughts when reading the article from The Atlantic entitled "Why Do Some Poor Kids Thrive?" In researching poor students from Baltimore in a decade, they found that kids who had found an "identity project"--meaning a singular passion which consumed their time and interest--were more likely to make it out of poverty.

Gratitude and grace are emphasize in Catholic schools. How many students make it to graduation and forget to thank those who helped them? If so, then we have failed to instill an attitude of gratitude and have given them a sense of entitlement (i.e. “I deserve these accolades”).

Twice during his talk, Coleman repeated this phrase: “It may not be your fault, but it is your problem.” I can recall countless times in my educational career I have uttered the phrase, “It’s not my problem” because I have assumed that someone else caused it. However, because a student hasn’t learned the material he should have—or the teacher was hired by the previous principal—or the school’s pastor has decided to take a school in a certain direction—those are MY PROBLEMS NOW. I can’t pass on the present because I wasn’t involved in the past. I’m involved in shaping the future.

De La Salle Blackfeet School hosted volunteer students from Pittsburgh's Central Catholic HS. The guys tutored, worked, and helped the school celebrate Founder's Day. I told the guys that someone from Pittsburgh would read this. 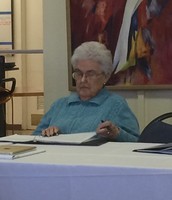 The Interim President of the University of Great Falls has brought a fresh vision of collaboration to the university in her return to Great Falls this year. 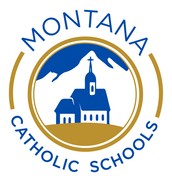 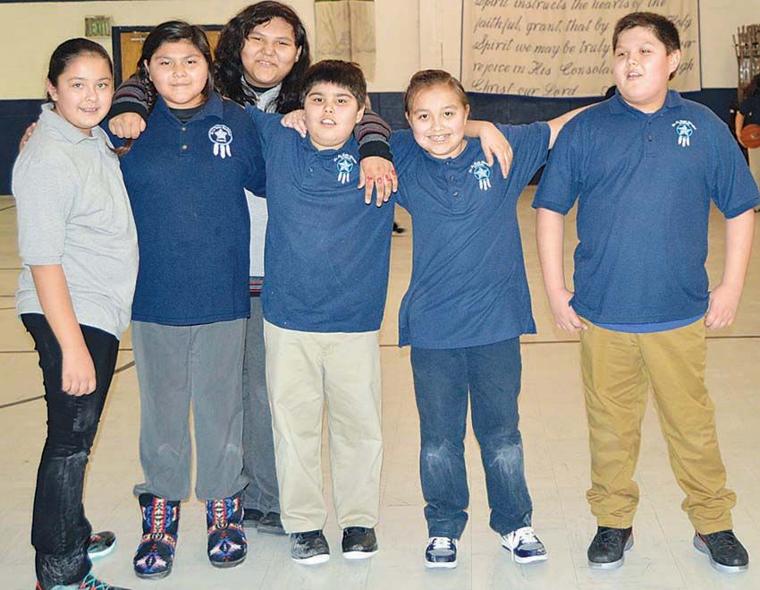 www.cutbankpioneerpress.com
Brother Dale Mooney recollects it was around 1999 when the Christian Brothers decided to establish a school in Browning based on the “San Miguel Model.” That design features small classrooms and a high teacher-to-student ratio so that students who struggle with public schools might have a second chance. The model also rests heavily on the willingness of both students and parents to make the effort to succeed.

Butte residents sweep off the dust during Qingming ceremony

www.nbcmontana.com
Butte residents grabbed their brooms and did a little sweeping on Saturday, but it wasn't your traditional spring cleaning. It was part of Chinese Tomb Sweeping Day.

Innovation in Catholic Education: New approaches to instruction and governance may revitalize the sector How a Catholic university changed my life

www.uscatholic.org
Catholic universities teach more than just skills and knowledge; they teach students how to live out their faith in the world.

georgetownvoice.com
The Georgetown Voice- In 2016, it’s Cecile Richards. The President of Planned Parenthood, invited by the students of the Lecture Fund, is scheduled to speak in Lohrfink Auditorium on April 20.

A return to Catholic Action

Pope Francis on Instagram: “I wish to be as close as possible with you, but in a special way with all those who are suffering. Quiero estar lo más cerca posible de…”

www.instagram.com
“I wish to be as close as possible with you, but in a special way with all those who are suffering. Quiero estar lo más cerca posible de ustedes, pero de…”

Pope Francis in epic bid to save the family, convert the Church

Do We View Teachers as Architects or Masons? - A.J. JULIANI

ajjuliani.com
Architects design, master their craft while planning, and collaborate at a high level. Masons work in the moment, communicate and problem solve on the fly, Work-life balance key: How work is tracked | The Context Of Things

thecontextofthings.com
Work-life balance is buzzword hell at many organizations. It seems like something that can never be achieved. But maybe it can ... with one change.

Have You Found Your Focus Yet? - OPENforBusiness

openfor.business
Pam Fox Rollin dives into the idea of what a 'product' is -- it's not about bells and whistles, but end value. To get there, entrepreneurs must focus. 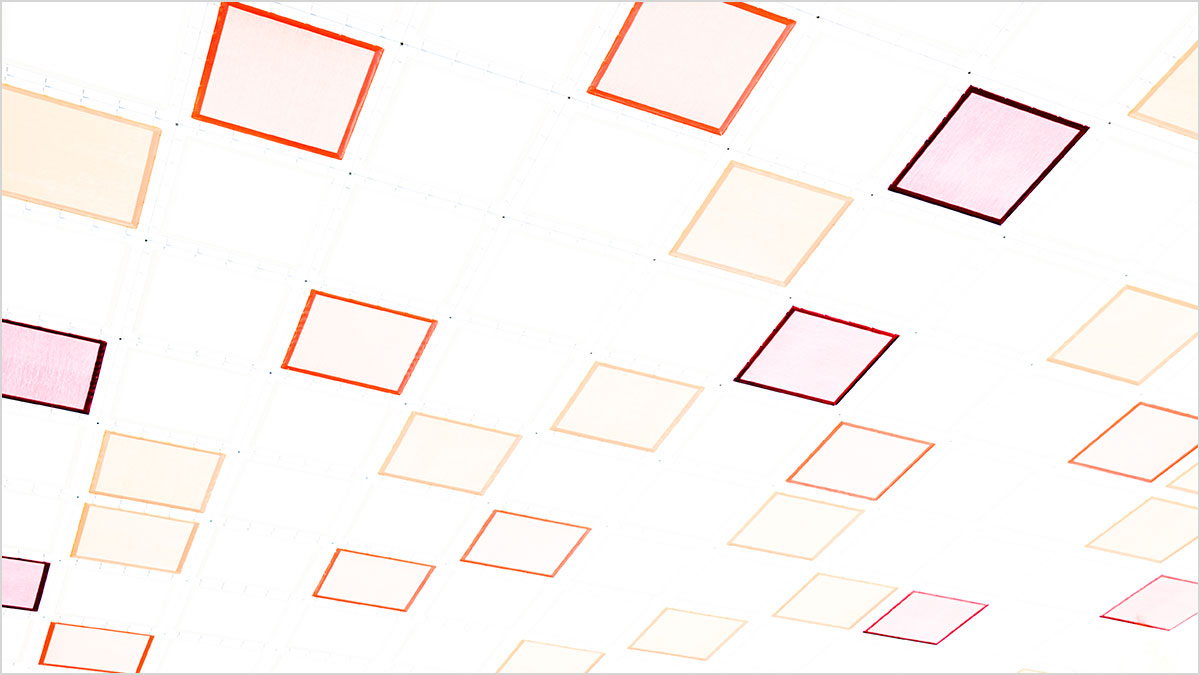 hbr.org
Get out of the building. Ten Words That Forever Change How You View Leadership

www.farnamstreetblog.com
Ten words from the Roman slave Publilius Syrus that will forever change the lens through which you view leadership — both yours and others.

Thrive: A Series for Educators

pushingtheedge.org
It's here: The Thrive Series for Educators. Practical tips, strategies and challenges. 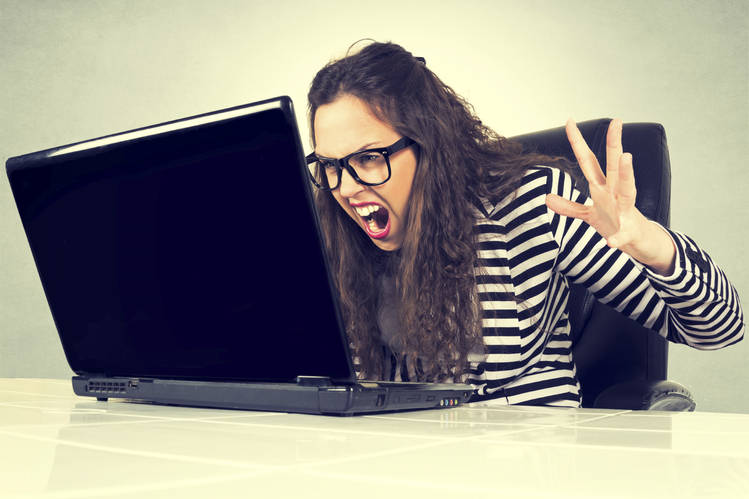 The Neuroscience Behind Hot-Headed Emails

blogs.wsj.com
MURALI DORAISWAMY: It’s easy to lose one’s cool in the fast-paced, react-now, high-stress world of business—just look at the emails or tweets that have come back to haunt so many leaders these days.

www.edutopia.org
Emphasize the obvious, keep things fresh, and be honest. Showing students that it pays to behave and respecting them as individuals greatly enhance classroom management. 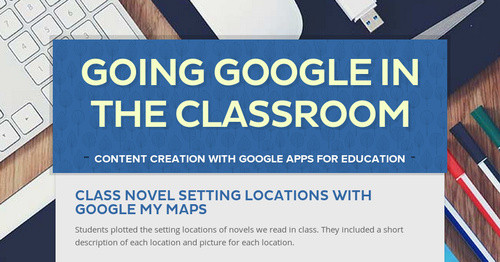 Going Google in the Classroom 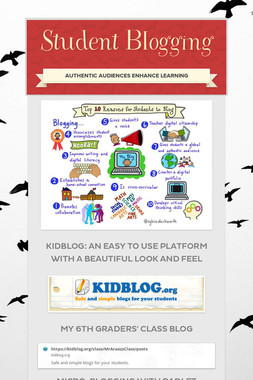 thegoldenageofeducation.com
Blogging in the classroom gives students a true purpose for writing and offers them numerous opportunities to connect authentically with others. This ENHANCES learning! Students are actively creating content rather than passively consuming it. They are engaging with their peers on a daily basis as they read and comment on each others' posts. Click on… The 10 Most Asked Questions About Genius Hour and 20% Time Projects - A.J. JULIANI

ajjuliani.com
Lucky for you there is many teachers who have already jumped into Genius Hour and 20% Time Projects. Even luckier is that they have shared their experience 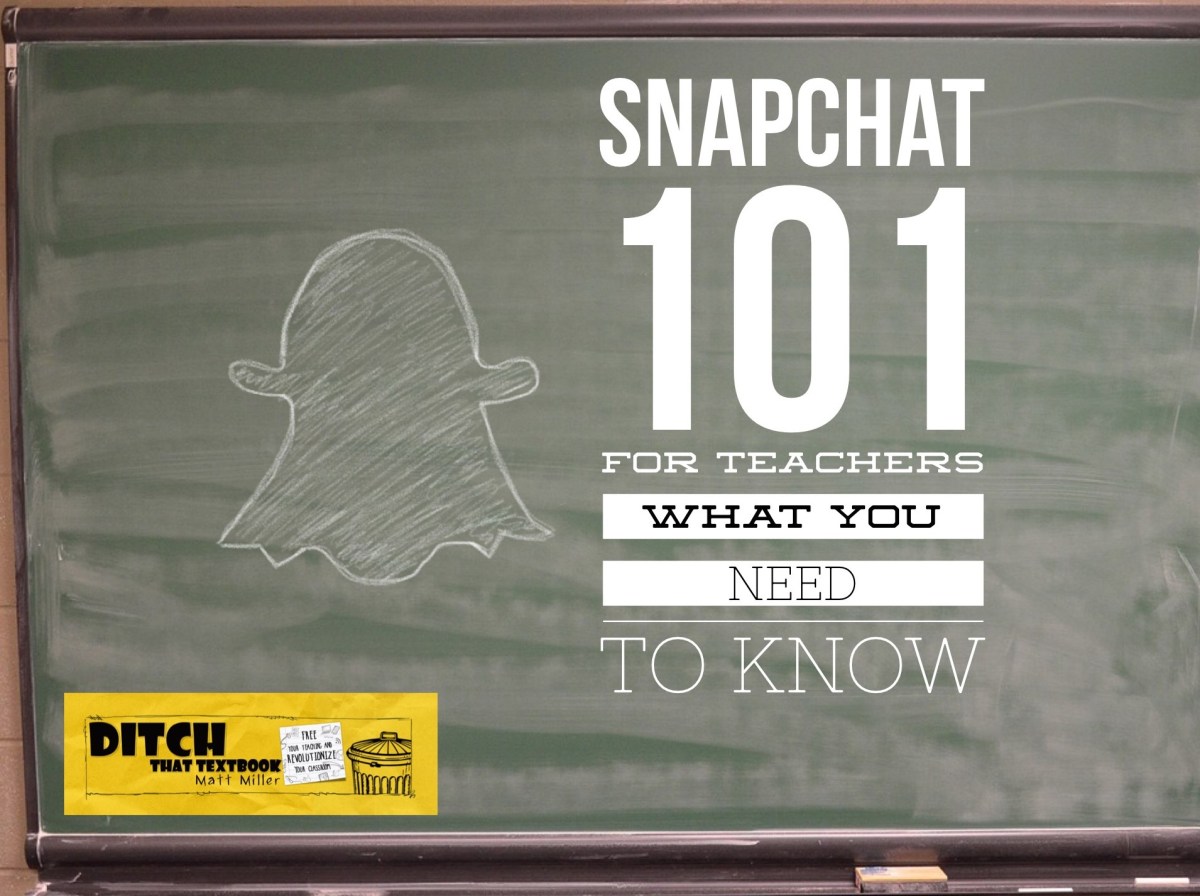 Snapchat 101 for teachers — What you need to know 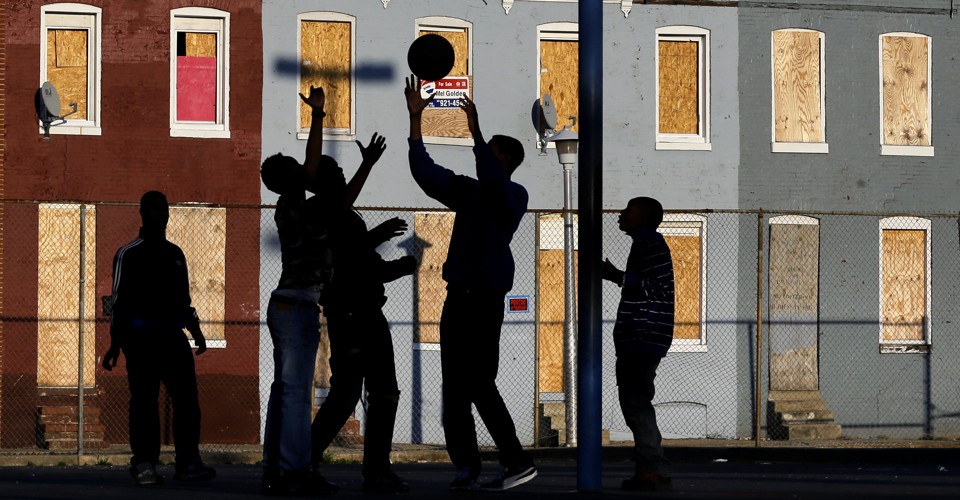 What Can Help Poor Kids Thrive?

www.theatlantic.com
Researchers tracked hundreds of students in Baltimore to find out what top achievers had that others didn’t.

www.edutopia.org
Young people experiencing anxiety or depression are unable to learn. We can overcome this through physical movement, focused attention practices, and teaching them about how brains work. 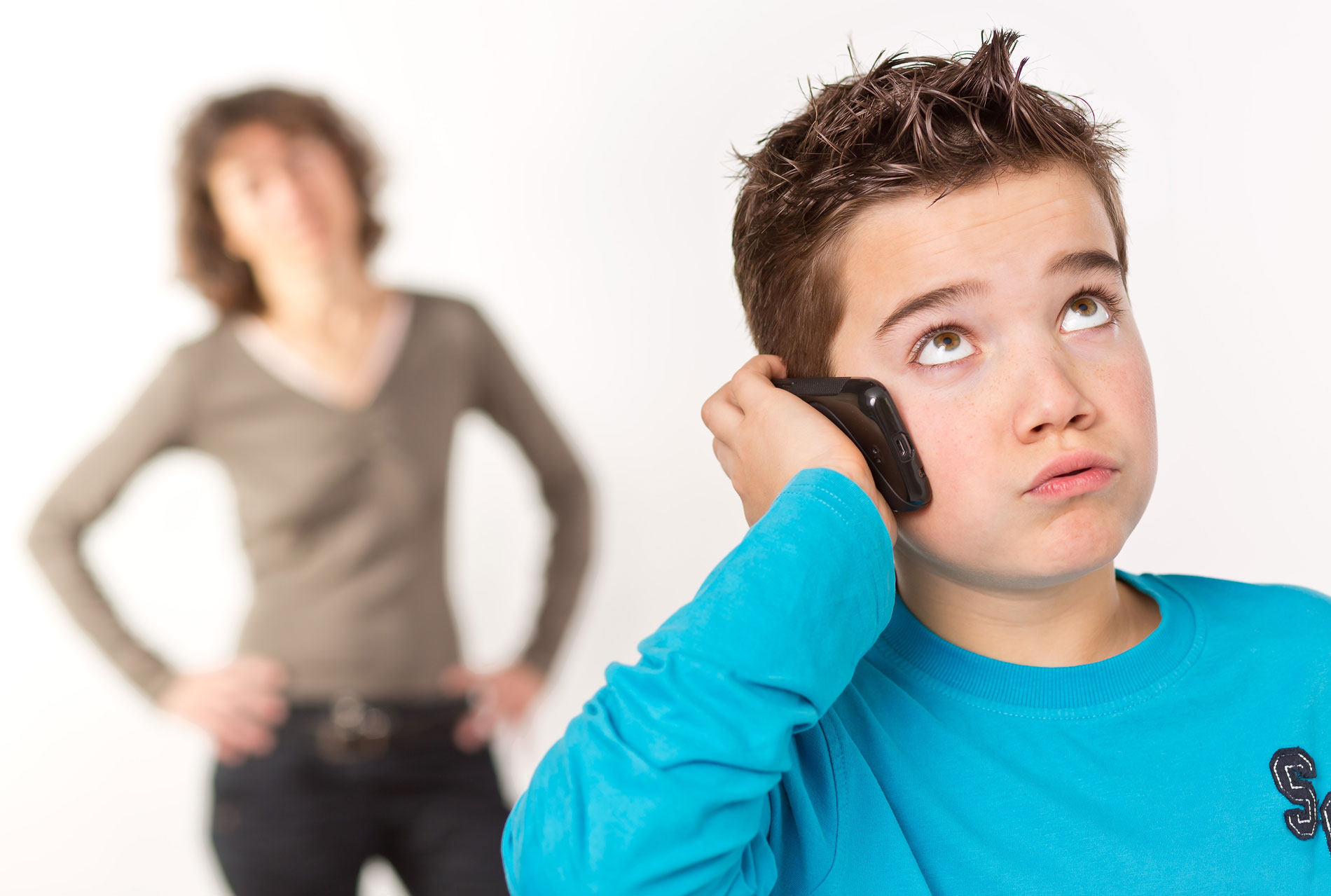 www.roypetitfils.com
Its important for parents to know the difference between normal and abnormal teenager behavior. There are certain types of behavior parents should be aware of that indicate that a teenager's behavior is cause for concern. 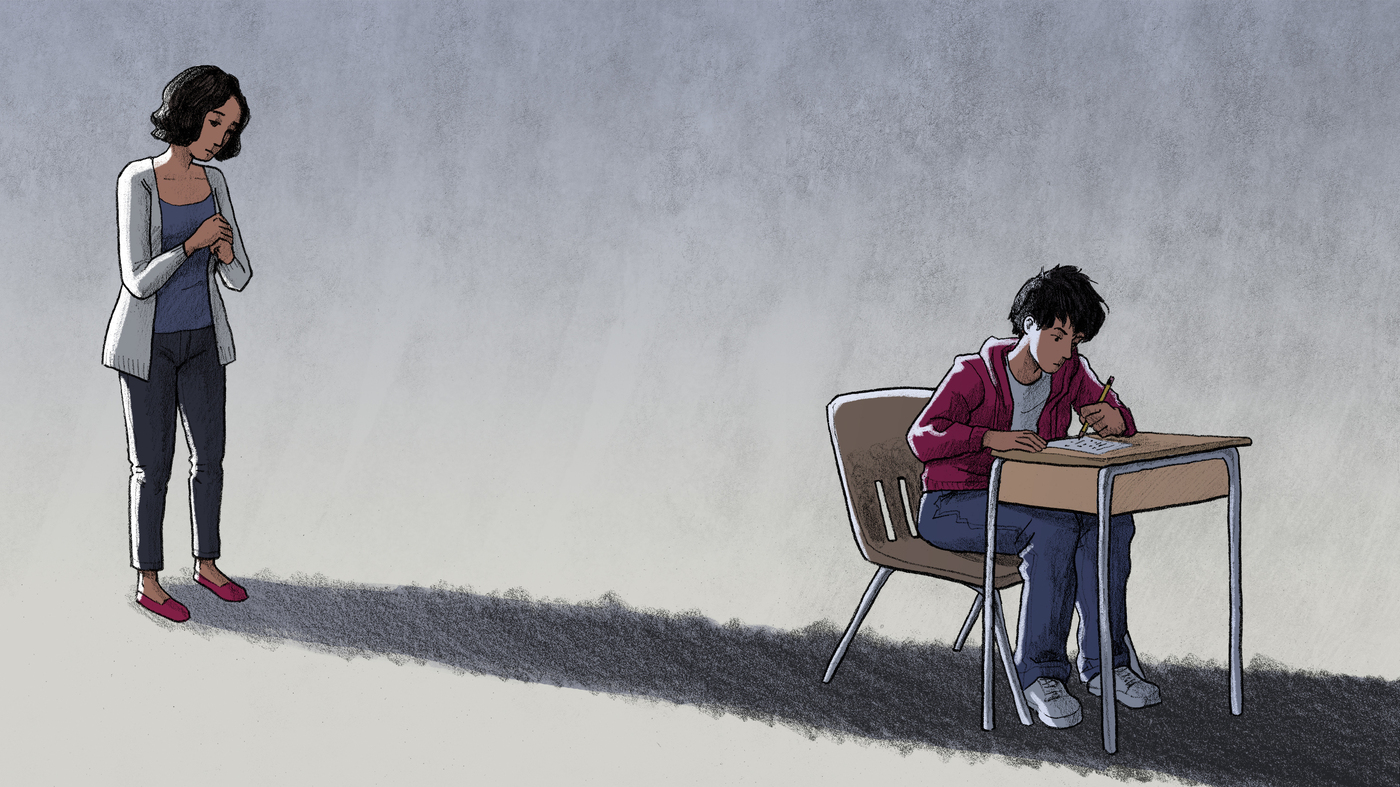 Kids' Grades Can Suffer When Mom Or Dad Is Depressed

www.npr.org
Children with a depressed parent do worse in school than peers, a study finds. But other research shows that early diagnosis and treatment can help turn that around for the whole family.

qz.com
In three out of five of the largest school districts in the US, security staff outnumber the counselors, sometimes by a 3:1 ratio, according to data gathered by the education website The 74. Counselors are typically tasked with helping students with their schoolwork, mental and behavioral issues, or getting into college.  Experts recommend that the counselor-to-student... 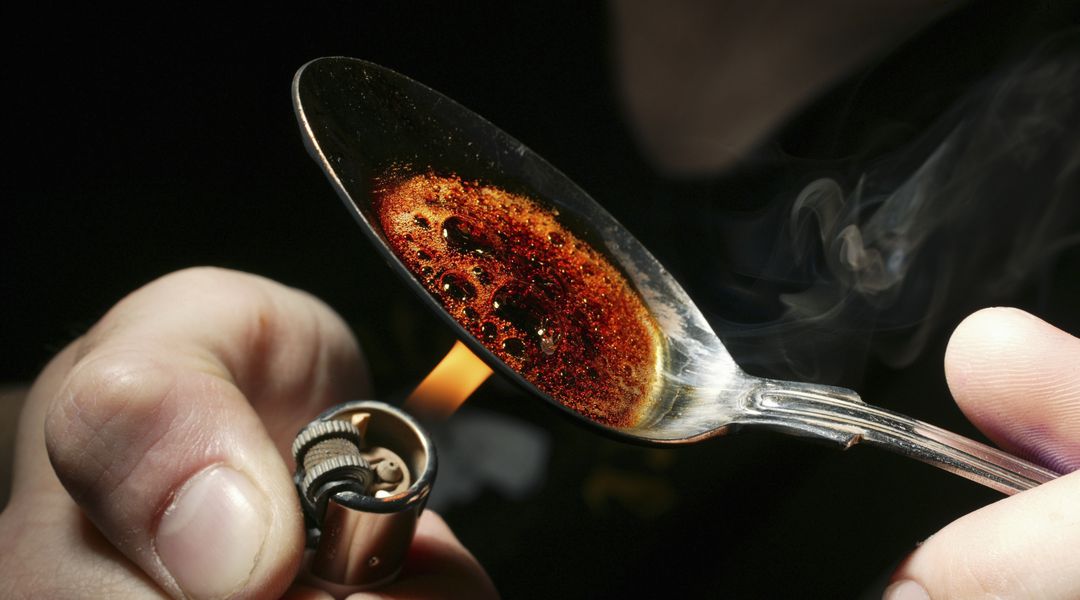 The stunning spread of the opioid painkiller and heroin epidemic, in one map

www.vox.com
It's truly an epidemic.
Data show the refugee crisis is a lot more upsetting and diverse than you probably think