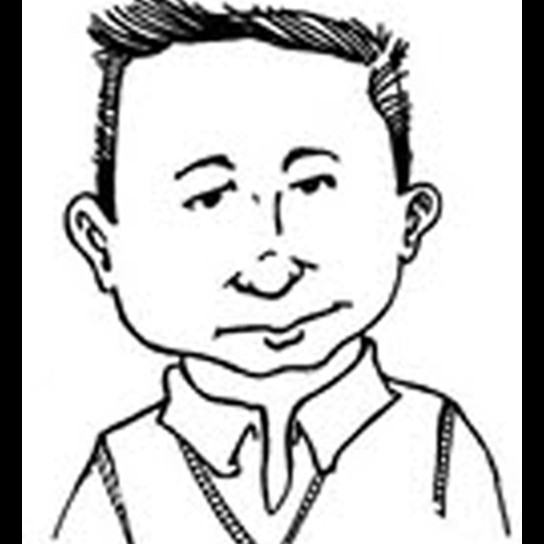 Congrats to our own Addie Rose Bullock who competed in Wave 2 of Olympic Trials.

Check out her awesome Olympic Trial Vlogs Below

We are getting ready to swim fast next weekend at the Stu Hixon Invite. You can check out the psych sheet HERE

Swimming Fast Under Pressure Is Harder Than It Looks

Olympic Trials are happening in a few different places across the globe.

And there have been some monster performances so far.

Taylor McKeown breaking the world record in the 100m backstroke.

Michael Andrew’s 58.14 in the 100m breaststroke to punch his first ticket to the Olympics.

(And it’s just the beginning of the week… and just a taste of the super fast swimming we are going to see in Tokyo! Oooooohhh baby I am excited.)

But there was another number that stood out.

Looking at the first wave of US Olympic Trials and the early days of wave two, a significant number of swimmers were not going best times.

And this isn’t an aberration.

According to USA Swimming, at their 2016 Trials, just 14% of women and 22% of men swam faster in prelims than their seed times.

The situation was largely the same in 2012.

During one session at those Trials, only 23% of swimmers went best times.

This number remained the same even when you took out the swimmers who were “coasting” through prelims and not necessarily going for best times (i.e. the Ryan Lochtes, Michael Phelps’, Missy Franklins, etc).

This number holds true at other high level meets like NCAA Championships.

There are a lot of reasons for these numbers.

Some swimmers have “peaked” and haven’t gone a best time in a while.

Some swimmers are simply happy to be there.

And some swimmers, well, they cave under the pressure.

Top US swimmers have often talked about the pressure cauldron that is Trials.

And that in some ways, it was tougher than the Games themselves.

(Caeleb Dressel admits that the most nervous he’s ever been for a race was the 100m freestyle at the 2016 Trials.)

Which is why elite swimmers, the ones who want to be ready to swim their best under pressure, prepare for it.

Missy Franklin did, by visualizing each step of the racing experience, from the pre-race nerves to how she would feel in the water.

Michael Phelps did it, by rehearsing everything that could go right and wrong, so that he’d be prepared for anything.

Elizabeth Beisel did it by constantly reminding herself that she deserved to be there and had worked hard to earn her place on the block.

And Caeleb Dressel does it, by using a tailored pre-race routine that includes external self-talk, purposeful breathing, and journaling out anxieties.

Swimming fast under pressure is even harder.

See you in the water,

P.S. Preparing to swim fast under pressure is easier said than done.

And it’s something that is very difficult to prepare for in practice.

But there are some things you can do to steel yourself for the pressure:

Developing a clear understanding of what YOU need to perform your best (so that you can relax and swim with confidence).

This message contains information for the upcoming 2021-2022 swim season, which will begin Monday, August 9th at all locations

If you would like to stop your family participation please contact via email only to our Coach Ian coachian@stingraysswimming.com BEFORE June 28th

This is the only way to cancel or suspend membership.

The First Swim Fee payment is due August 1st, 2021

Thank you for being a part of Georgia's Finest Swim Team.
We look forward to another great year 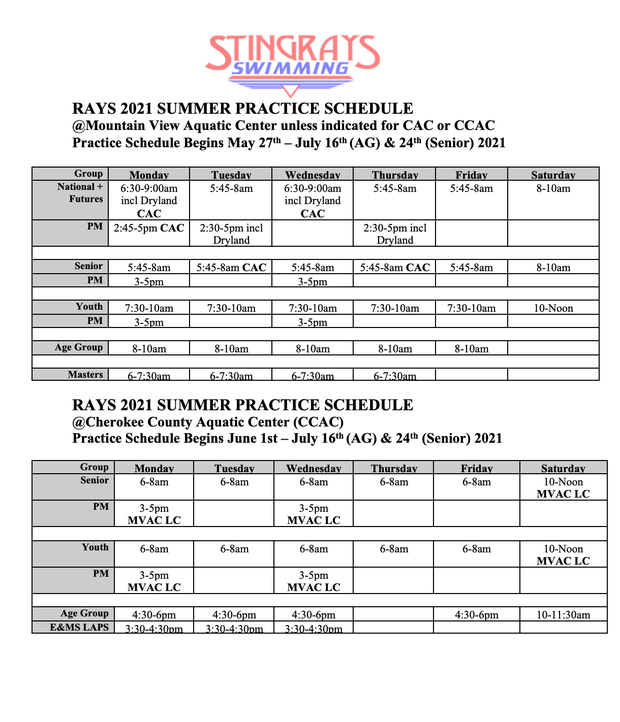 Join our Facebook Page to stay up to date with all things happening in RAYS Nation. We will also host live streams of swim meets on this page.