Get email updates from Traci:

● Competition is a relationship that occurs when two or more organisms need the same resource at the same time.

● Competition can be among the members of the same or different species and usually occurs with organisms that share the same niche.

● An ecological niche refers to the role of an organism in its environment including type of food it eats, how it obtains its food and how it interacts with other organisms.

● Two species with identical ecological niches cannot coexist in the same habitat. Competition usually results in a decrease in the population of a species less adapted to compete for a particular resource.

● The parasite-host populations that have survived have been those where neither has a devastating effect on the other.

● Parasitism that results in the rapid death of the host is devastating to both the parasite and the host populations. 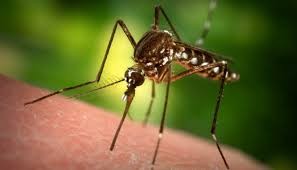 Mutualism is a symbiotic relationship in which both organisms benefit. Because the two organisms work closely together, they help each other survive.

● For example, bacteria, which have the ability to digest wood, live within the digestive tracts of termites; plant roots provide food for fungi that break down nutrients the plant needs.

Commensalism is a symbiotic relationship in which one organism benefits and the organism is not affected.

Predation is an interaction between species in which one species (the predator) hunts, kills, and eats the other (prey). This interaction helps regulate the population within an ecosystem thereby causing it to become stable.

● As the predator population increases, the prey population decreases. 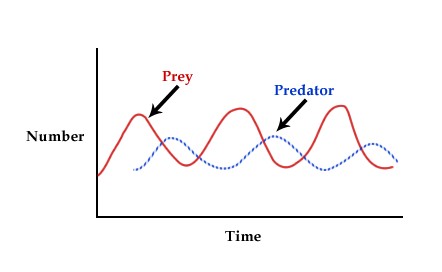