Somalia has proved to be a breeding ground for piracy and violence because of its terrible conditions. These conditions have arisen at least in part due to negative foreign influence. By making efforts to fix the Somali condition, Western nations can reduce the symptomatic piracy. 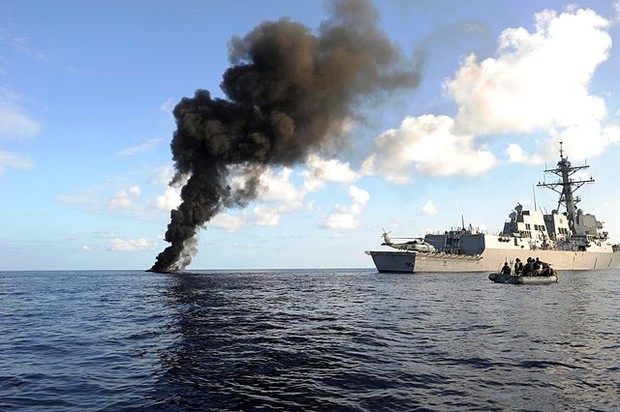 "The Arleigh Burke-class guided missile destroyer USS Farragut (DDG 99) passes by the smoke from a suspected pirate skiff it had just destroyed. USS Farragut is part of Combined Task Force 151, a multinational task force established to conduct anti-piracy operations in the Gulf of Aden" (Thompson).

Poor and uneducated people populate much of Somalia. As of 2007, only 32% of school-aged children were actually in school (World Bank). In addition to the horrible standard of living present in Somalia, pirates have attributed their violence to damages to the fishing industry. The Somali fishing industry has taken a severe blow from both illegal foreign fishing companies and toxic dumping (Weldemichael). 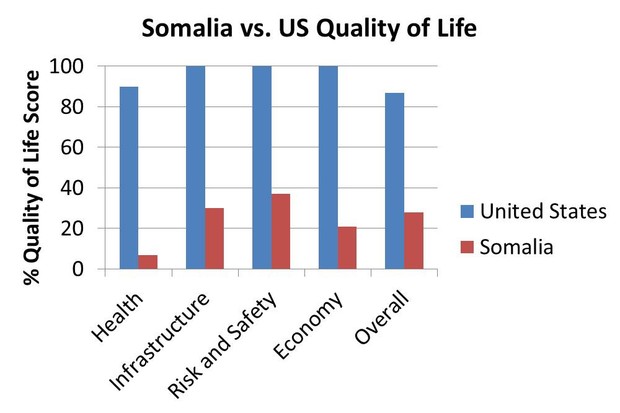 Pirates believe that they need a way to make a living, and see piracy as the alternative to their damaged fishing industry (Weldemichael). Targeted shipping companies, however, do not appreciate the fact that the pirates make their living by stealing goods and people. Western governments cannot allow the pirates to ransom their citizens, and townspeople subjugated by pirates cannot stand the rampant drug abuse, violence, and generalized immorality enforced upon their culture (Weldemichael). All affected individuals cannot condone the pirates' attempts to earn a living. 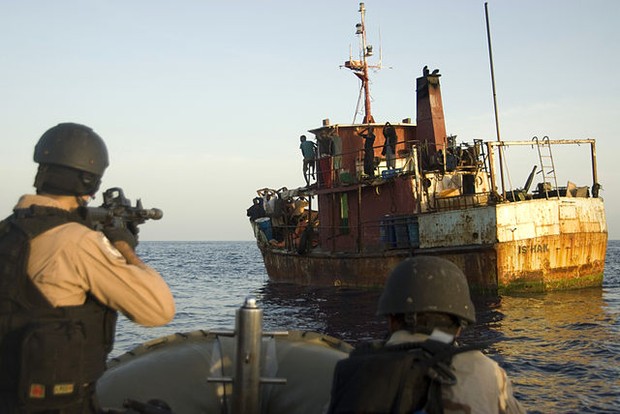 NATO, coordinating with the EU and the US have attempted a few solutions to prevent the pirates' attacks. Ships sent through the Indian Ocean have been guarded by armed escorts, to deter violence (Des Ryan). Also, the EU and the US have sent naval troops to Africa to help train navies there. These solutions only treat the symptoms, however. Without giving Somali citizens some way to make a living, violence and anarchy will continue to reign. 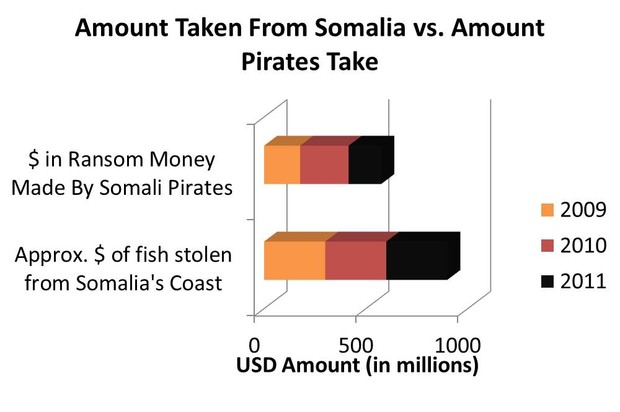 Somali townspeople have begun evicting pirates from their towns in an effort to avoid the inhumanity they feel infecting their lives. Piracy is clearly not the answer, but violent enforcement cannot improve the situation. Pirates have stolen less than has been taken from them by foreign fishing companies (One Earth Foundation, Bowden, Hauschildt), implying that their actions have simply been an attempt to restore balance to their condition. 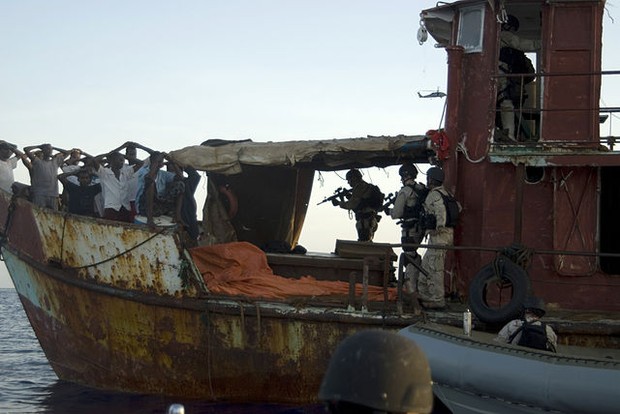 "Members of a visit, board, search and seizure team... detain suspected pirates after responding to a merchant vessel distress signal ... in the Gulf of Aden May 13, 2009" (Beauregard).

Pirates have only earned a tiny fraction of the cost incurred on Western nations and shipping industries. The ransoms that they receive are significant, but the cost of maintaining military protection details, and the loss in business has cost billions of dollars overall (One Earth Foundation). As a result, while the pirates only barely meet the projected amounts taken from them by fishing companies, everyone else loses an exponentially greater amount of money. This extra cost demonizes the pirates' position, making them seem far greedier than they actually are. 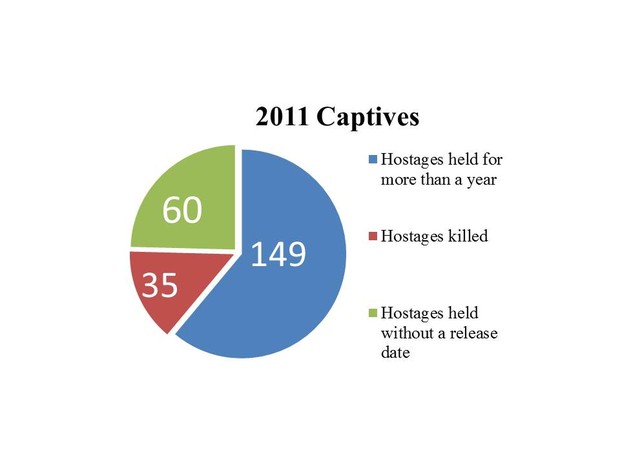 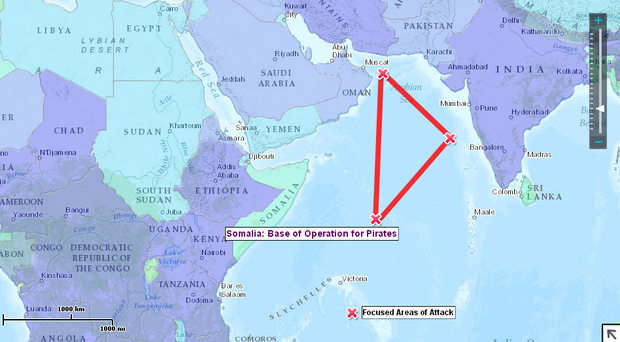 Outlines rough area of operations for the Somali Pirates, including focused areas of attack. Notable places of attack: the coasts of Seychelles, Oman, and India. 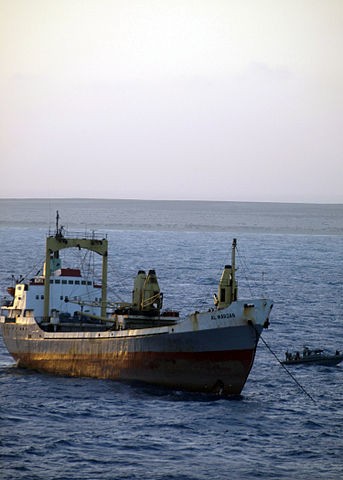 Above: "Merchant vessel Al Marjan was released from pirates off the Somali coast Dec. 2" (Fisher).

Below: "Armed guard escort on a merchant ship. These guards can deter and even kill to defeat a piracy attack" (Bhakta). 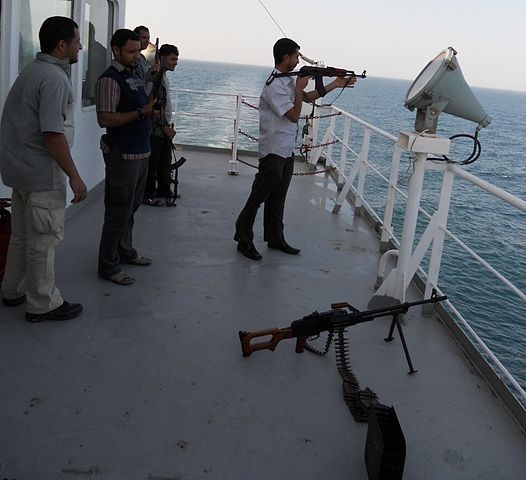 Pirate Coast - Somalia
The video is by Journeyman Pictures, a video encyclopedia of the world. Recommended viewing times: 1:54 to 4:54.

Follow Darren Ball
Contact Darren Ball
Embed code is for website/blog and not email. To embed your newsletter in a Mass Notification System, click HERE to see how or reach out to support@smore.com
close