Ambition, when used in the pursuit of power, can cause a lost sense of reality where integrity is corrupted. 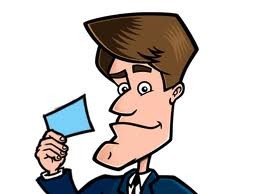 Welcome to the show! Our special theme for tonight's episode will be on integrity. I will be asking questions, and you must answer to the best of your ability. A winner will be chosen at the end. I'm your host, Jimmy. We have two very lucky contestants today. One of them is Nick, who is 27 years old. Nick was on our show about 5 years ago, and he won the grand prize. We gladly welcomed him back for a chance to win again. He is very excited to be joining us today. We also have Bob, who isn't very familiar with the show at all. Bob is 31 years old. He is, however, very intelligent and respectful. This should be a very interesting game! Let's see who takes home the grand prize of 10,000 dollars! Good luck to both contestants, Nick and Bob.

Bill and Ann are representing the game show characters, Nick and Bob. Ann is representing Nick because he is being rude and lacking integrity. He acts this way due to the power he already has. However, Bill is representing Bob because he is just sitting back and not arguing with the other contestant since he realizes Nick's foolishness and unkind ways.

Results of the Show:

Game show host, Jimmy, picks Bob as the lucky winner of 10,000 dollars! It is clear that Nick lacks the immense amount of integrity that Bob possesses. Unfortunately for Nick, he has changed since the last time has been on the show. He is not the same man he once was. Why is this? Could it be the overconfidence that he has? His wealth? His power? We may never know the real answer to this because we know he will never own up to it. Nick was so certain that because he had once won, he was going to be able to again. He had a goal in mind, and he was determined to follow through with his ambition. However, he was doing so not out of the goodness of his heart. He was doing it for all of the wrong reasons: to have more power than everyone else. For this reason, he was not able to provide answers with integrity because he now lacks this valuable trait.