Shayna is using Smore newsletters to spread the word online.

Get email updates from Shayna:

Erwin was born on August 11, 1905 in Chernovtsky, Ukraine. He went to the University of Vienna in 1923 and studied chemistry. In 1928, he moved to the United States to study at Yale. Then, in 1930, he moved back to Europe and worked at the Bacteriology Department of the University of Berlin. Once Hitler rose in Germany, he left, and in 1933, he transferred to the Pasteur Institute in Paris. He worked on bacterial pigments and polysaccharides. In 1935, he returned to the United States to become an assistant professor of biochemistry at Columbia University. 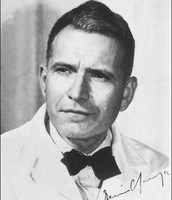 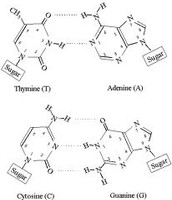 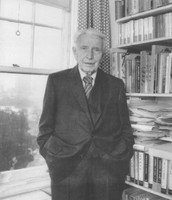 His second discovery was that the composition of DNA varies from one species to another, also known as Chagaff's Rules.

His research helped lay the groundwork for James Watson and Francis Crick's discovery of the double-helix structure of DNA. In 1952, he sat down and discussed his results with the two. They helped him figure out the reason for the regularity with the bases, which he failed to notice before.

www.dnai.org
In DNA Interactive: Timeline, browse animations, biographies, & videos of key individuals whose research led to the discovery of the DNA structure and beyond.

Shayna is using Smore newsletters to spread the word online.