chantelle is using Smore newsletters to spread the word online.

Get email updates from chantelle: 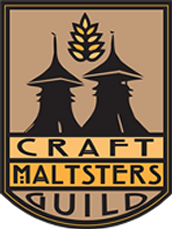 A guild was an organization that was controlled by experts in trade. It had quality products and controlled prices. The reason Craft guilds people started was to keep out unskilled crafts people and eliminate the competition. Having a job as a guild was very good because it would increase your social status, and could evade taxes. This could mean the difference between having food on your table for a meal or dying.

Craft guild jobs could include:

-Most towns and city's were centers of farm community's or they grew some sort of defensive structure such as a castle/place or large monetary.

-Towns / city's usually built a stone wall around themselves for protection.

-They also built gates witch they closed at night.

-Was a very good plave to trade your items at

-Brought finley crafted people from far and wide all together

-Streets were narrow and curvy

Located in Northern Italy, just left of Po River. Its specially known for its musical history and traditions

Rise of the Merchant Class

-Were able to do as they wished
-Could marry as they pleased and make more money as they could
-According to the law run-away, serfs could gain there freedom by stating in town for 1 year and a day without being discoverd

Activity #2: Technologies of the Time

Parts of a castle:
-Princes / Lords put there castles in the middle of there land so they could defend themselves and see enimes comming
-Main reason they built these castles so high and hard because they wanted to keep out enimes, keep tresures safe, and animals safe (cows, chicken ect.)
-Mainly lords and familys lived in the castle

Examples of a Famous Castle:

-Built by Henry the 1st

-It was apart of the first barbons war

-That war resalted in the Magna Carta

Life in a Medieval Castle:

-During wars, troops stayed in fourtresses to fight off invaders

-Vast complexes included large residences for lord and family, quarter of castle were for servents / soilders / stables / chapel and armor and wepons were stored there as well 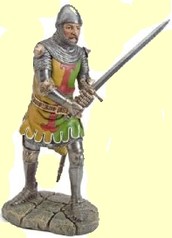 Role & how to become one:

-Long training starting early childhood at the age of 7

-There was different training depending on age / skill / strength

-To be brave, generous and truthful

-Practiced fighting for in battle

-Perfected physical ability's to stay alive in the battle field

-Fighting for the lords increased there social status

-Used to fight for king in war

-These people were called "freelancers"

Chivalry is a French word meaning "horseman." It lives of the people who lived in that era and was heard by all. It set boundaries and protection for woman and kids. This created a very strong union in the medieval ages.

The Code of Chivalry

These 7 codes were important for all to have:

These things were important for knights to have because if the king had needed something, he would know that none of these knights would turn on him in a time of need. Also whatever the king had been giving the knights in return, they were deserving of it.

The Danshare was a heavy crescent shaped head mounted on a haft 4-6ft in length. It was used between the transition of Europe Viking ages and middle age.

It was one of the harder weapons to use because of the fact of it being so heavy. The alternative was that it was very powerful. Knights walked around castles holding these to scare off intruders and with trying to protect the king from danger.

Siege Weapon (Trebuchet) (in picture above)

The Trebuchet was a weapon that was very similar to a catapult. It was used to smash hard walls with heavy rocks. This weapon was especially handy because as exclaimed before most city's / towns had walls around them. The name means "to throw over."

It was designed to have 100% accurate shots, knocking down walls. This was the most powerful siege weapon. 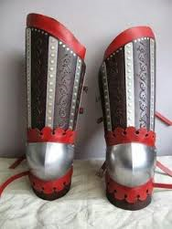 The Leg Polein 13th C was a plate that covered your knee. It appeared in the early transformation from mail to plate latter. It was articulated to connect with the cuisses and schynbold grove. Often it was worn with fins or roundel cover galps. 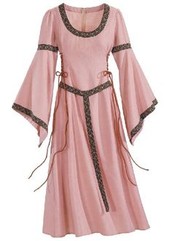 The way we found out about the olden days close from in medieval ages was through stain glass windows. Seeing them we mainly found that at the beginning it was a lot less color that had been introduced than closer to the end. At the beginning it went from just all black until pink, crème, orange, and blue were introduced. It was also found that the robes were tighter fitting onto girls then guys. Another difference between the two was, the fact that the girls covered them from head to toe except for there faces. Boys wore something on there head but it was still a lot more open to public seeing. Now even though the clothes looked the same comparing poor to rich there was a way to tell some differences. One way was the type of fabric. This could have included cloth, silk, satin, molsin, and taffeta. The elites wore jewelry or jeweled grindles.

Some classic styles were Cote Garnache, Hergaut Gardecorps, Cote hardie, and Houppelande. A popular one was the Chaperon witch was a hood turned into a cape.

You will hear in this a lot of the same kind of things that we eat now a days that are alike / identical. Poor people back in the day could only afford things such as barley oat and rye, meanwhile the governing classes had things like wheat, bread, gruel, pasta and fava beans. Now I hadn't mentioned any meat in that because it was very unlikely that you would eat meat since the prices of it were very expensive. Pork, chicken, beef, cod, herring and fish were all yummy treats. The reasoning for it being so expensive was the fact that transportation of getting the meat was so slow or you had to travel far ways to get it.

Cooking all these fine products could have been done in 1 of 2 ways, 1: Rich had there servants do it for them in kitchens and 2: poor had cooked it in there small huts over a tiny open fire. Some methods they used back then were a lot like what we use now. Spit roasting, baking, boiling, smoking, salting and frying.

chantelle is using Smore newsletters to spread the word online.