Get email updates from Makayla:

Where people come for help and support

Where people come for help and support

This refugee camp started in 1991. Today they have over 400,000 people living in the camp. This camp started because in Kenya there was a huge drought and a lot of wars going on during the early 1990's. People's homes were destroyed, and most had no food or water. 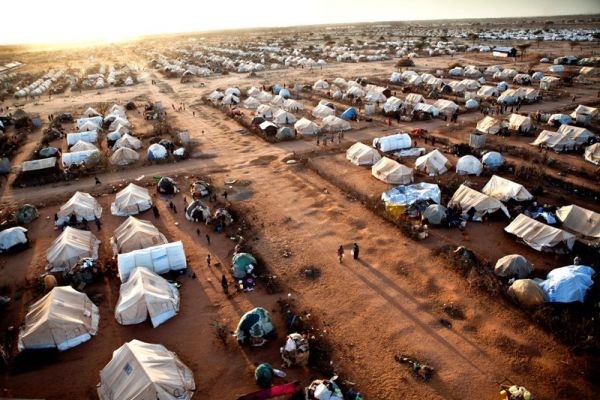 This is a picture of the refugee camp.

I got my information on these url links 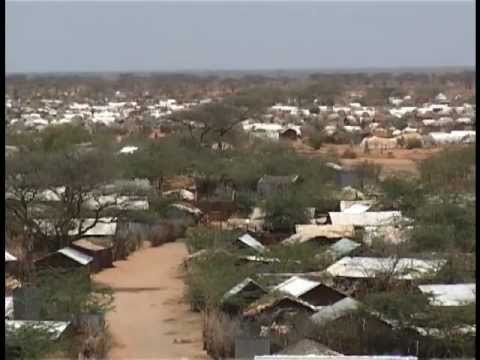 Dadaab: The biggest refugee camp in the world is full

m.youtube.com
Stranded in the desert of Kenya's northeastern province, surrounded by mile upon mile of sand and scrubby bushes, 30,000 people are living in makeshift shelt... 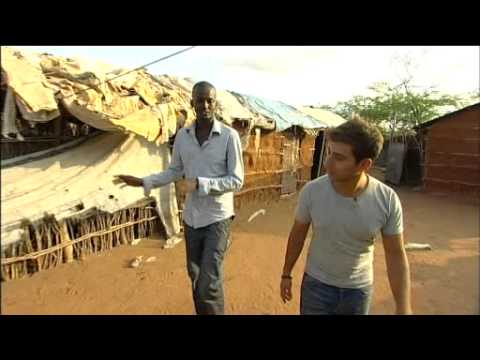 m.youtube.com
I visited the Dadaab Refugee camp in Kenya earlier this year for a special Newsround programme on CBBC. It's the biggest refugee camp in the world. Thousands...

The Main Idea Of This Refugee Camp

Since the drought and all the violence they started the refugee camp to help keep people safe. In 1991 they started this camp and since then there is currently over 400,000 people that live in there camp.

The organization called CARE is working with people outside the camp to help to have safe water & hygiene, better security, access to first aid, and emergency shelters.

What could be done to help this camp stay working longer would be to have more clean water,food, more shelters; etc. Even if they have enough supplies right now more people can come and they could run out.

The camp is located in Eastern Kenya near the border of Somalia.

CARE hired an architect to build tents & sheds and to design the camp in general because they knew that a lot of people were going to be living there. Dadaab is the worlds largest refugee camp.

UNHCR and CARE are helping to keep this camp going so all of those people won't go homeless. Both of those organizations help very much. The camp was designed for about 90,000 people and now has over 400,000 and counting people living there today. 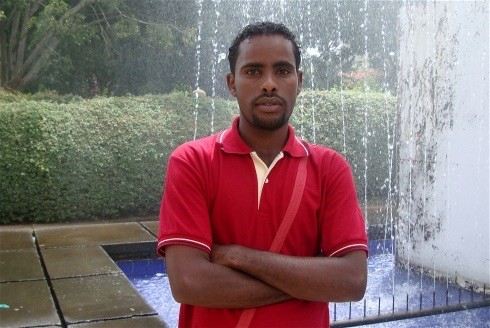 Youths situation: "I was only 10 years old when we first arrived in
Dadaab from Somalia in late 1997. My family did not flee when the
civil war erupted in 1991. We didn't leave until our father died. The
beautiful coastal town of Kismayo in which I was born turned into a
battlefield. And there was no option but to escape. My siblings and I
were separated from our mother in our struggle to escape the
heartbreaking and indiscriminate civil violence." -Moulid Hujale
Came at age 10 now 27. 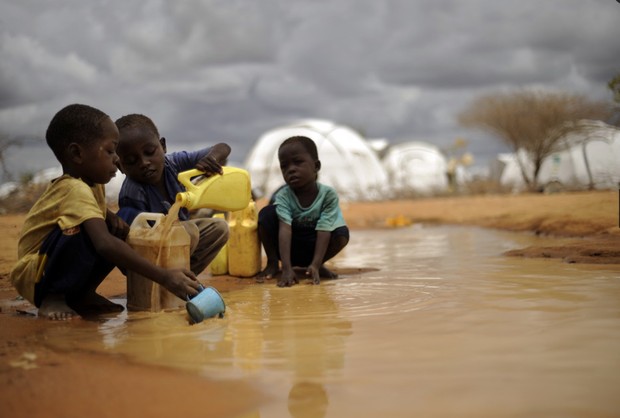 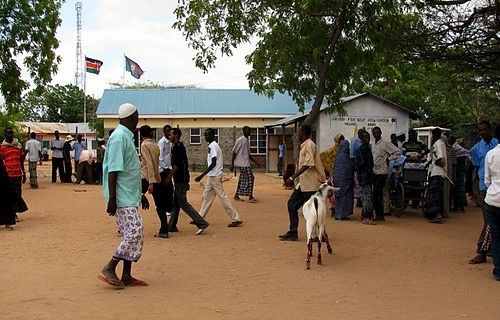 This is one of the main areas of camp. 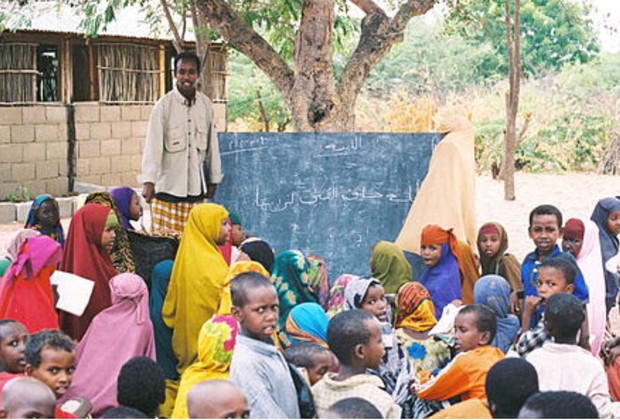 School in the camp

One of the outdoor schools located in the camp. 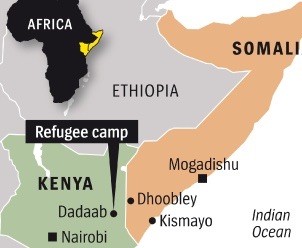 Where our camp is on the map. 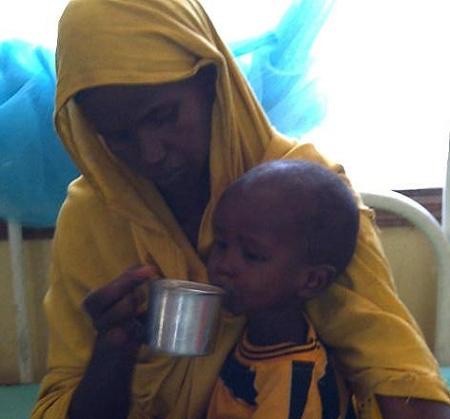 This is Narif and her child Hawa. Hawa hasn't had enough nutrition she was born 6 pounds and she is 2 years old and weighs 13 pounds. It took Narif two weeks to walk and get to the camp. She left Somalia because she was robbed and had nothing left and needed help to keep her and her baby alive.