Pat is using Smore newsletters to spread the word online.

Get email updates from Pat: 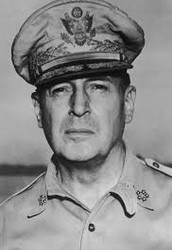 Douglas MacArthur was an American five-star general and Field Marshal of the Philippine Army. He was Chief of Staff of the United States Army during the 1930s and played a prominent role in the Pacific theater during World War II.

Pat is using Smore newsletters to spread the word online.