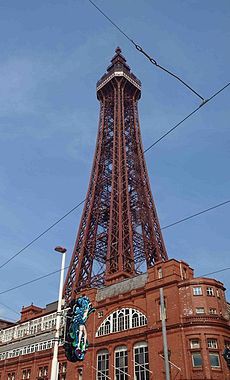 Well the Blackpool tower is is in the heading

Blackpool is in Lancashire , England, UK

Just on the edge of England and Wales

Blackpool is popular because they have good pubs

It's States flag is

Blackpool Tower : When was it invented

Exactly the same year and days before the London bridge was opened,as the same day the tower was opened there was a metor seen in south of france just 9.5 miles away

Blackpool Tower : Why is it built

The idea for the tower came when Blackpool Mayor John Bickerstaffe commissioned the design of a new landmark for the town after he visited the Exposition universal of 1889 and was impressed by the Eiffel Tower. When he returned to Blackpool he set up a committee of businessmen in order to raise the funds to build a similar design in the town 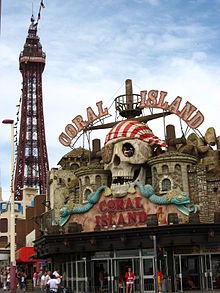 Follow Blake Saunders
Contact Blake Saunders
Embed code is for website/blog and not email. To embed your newsletter in a Mass Notification System, click HERE to see how or reach out to support@smore.com
close