Liberty is using Smore newsletters to spread the word online.

Get email updates from Liberty:

Analysis the development of theme

In Freak the Mighty the story mostly takes place outside with the two main characters Freak aka Kevin and Max. This story is about two best friends who are going on quests together. The conflict is located towards the middle of the book when Max gets kidnapped by his dad. I think the theme of this book is to be yourself and that sometimes all you need is a friend. "We're Freak the Mighty, that's who we are. We're nine feet tall, in case you haven't noticed." -Freak the Mighty, pg.40

Reflection and application of theme

My reaction to this theme is that it's one hundred percent true, I believe that if somebody doesn't like you for who you are or what you do then they don't deserve to be your friend, This theme is relevant to the book because Freak and Max both get judged by their appearance or by their wits but they can accept each other so it doesn't matter what they think.

The ornithopter is a symbol of friend ship because it goes along with how they met. Freak was too short to reach it so Max went over and helped him get it out of the tree. After he gets it out of the tree they play with it and become friends.

Freak and Max, or Freak the Mighty represent that even the two most different people can become the best of friends. Freak is really smart beyond his years, where as Mas has a learning disability. They also are different in size, Freak is really small due to a physical disorder but Max is really tall, so together they make a point. Sometimes all you need is a friend even if they're really different from you.

Killer Kane is Max's dad, he has just barely got out of prison for killing Max's mother. Even though he isn't allowed anywhere near Max he kidnaps him. Killer Kane almost kills Max but Freak tricks him into thinking there's acid in his eyes and helps Max get away. 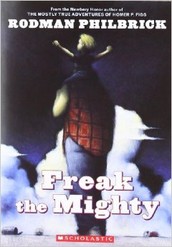 Put the title of your text and author name

Freak the Mighty is about two very different boys who become really good friends, they go on quests together, some that are very dangerous too! They learn together, and they even save each others life. Max's dad almost kills him because he knows that his dad really did kill his mother but Freak stops him by spraying a combination of soap, vinegar, and curry powder into his eyes. Later in the book Freak gets sick and all Max can do is worry. Then he finds out that Freak dies and he gets really mad because it's not fair, he deserved to get more years, he didn't deserve to die. Such a young boy with so much potential. A few weeks after Freaks death Max remembers that Freak gave him a empty book to write about their adventures in, so he starts writing. The author wants you to believe that this is the book Max wrote.

Rodman Philbrick is the author of this book. His book Freak the Mighty got published in 1993, it was made a movie 5 years later. He also wrote a sequel to this book called "Max the Mighty," it's about Max's story. He also has written several other series of books for young readers with his wife, Lynn Harnett. Rodman Philbrick started writing in sixth grade but at first kept it a secret because it wasn't considered "cool" or "normal" but at age sixteen he decided to send his work to publishers. Although his book was rejected he didn't give up, and it's a good thing too because if he didn't stay motivated we wouldn't have this book today. 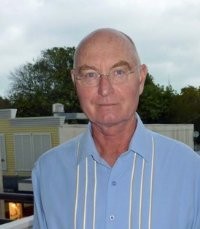 Liberty is using Smore newsletters to spread the word online.