Track Books for the Upcoming Season

Track Books for the Upcoming Season 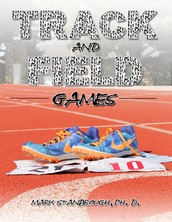 Why do athletes participate in sports? Numerous surveys conducted in the United States and Canada indicate that young athletes most often list their sport goals in the following order of importance:

· To improve skills and learn new ones.

· To be with friends or make new ones.

· For thrills and excitement.

Studies have shown that about 70 percent of kids stop playing organized sports by middle school. They give up participating in sports to pursue other endeavors, many of which are not going to provide the physical activity that youth require to be healthy. What can coaches do to ensure that players have fun in practices? Coaches often erroneously feel that learning sport skills is incompatible with fun. Focus and fun are not incompatible; in fact, focus is necessary for fun to occur. Fun is a major motivational factor for continued persistence in any activity.

What really matters to youth is having fun! Striving to win is important, but what’s most important is the joy of the activity. The "fun" factor emphasizes the need for positive coaching. Coaches should focus beyond winning and losing. Winning is great, but not at the expense of fun. There is a strong need for coaches and mentors to guide youth and ingrain positive values and sportsmanship, while also highlighting the importance of education and physical fitness to succeed in life. Coaches with the knowledge and skills necessary to effectively work with athletes can create positive experiences and make a significant difference in the lives of others.

Track and Field Games contains over 200 track and field games (with variations over 500) that coaches can use to create an enjoyable and productive practice environment. The numerous track and field games help teach the fundamentals and focus on skills required to become a more complete track and field athlete. Track and Field Games combines fun with skill instruction and practice. The games are particularly useful for beginning and intermediate athletes and can be adapted to accommodate more traditional training with experienced athletes.

Check out the following sample games that emphasize technique, conditioning and having fun. 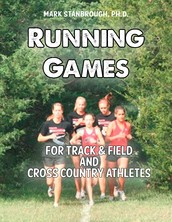 The number one reason people participate in athletics is to have fun! The challenge lies in making running fun, and increasing the motivation levels and therefore the effort level so maximum benefits on the physiological and psychological levels can be achieved. Successful coaches are successful because they motivate participants to become enthusiastic about participating and therefore increase ability to perform at higher levels. It is the motivation and enthusiasm towards running that Running Games For Track & Field and Cross Country addresses.

Athletes throughout the past century have entered the competitive arena and competed with honor. Although not all athletes are fortunate to catch an Olympic star, all athletes can valiantly reach for the heavens. Their stories of inspiration should be read and remembered. For it has been written, “The Honor should not alone go to those who have not fallen; rather all Honor to those who fall and rise again.”

The Motivational Moments in Track and Field series is designed to inspire, encourage, motivate, and teach valuable life lessons. All of the athletes profiled are ordinary people who used extraordinary desire to accomplish extraordinary things. Each athlete began simply with a dream, which developed into a belief in themselves. They personify the Olympic philosophy – “there are no great people, rather there are great challenges that ordinary people are forced to meet.” Their stories offer hope that we can dream and reach beyond our perceived abilities and achieve personal satisfaction.

Our young people need strong role models. The athletes profiled display the drive, motivation, and dedication to train for years to reach a goal. Their stories teach the values of self-discipline, responsibility, accountability, and loyalty. They demonstrate the qualities necessary to be successful in life—good character, integrity, a strong work ethic, dedication, and perseverance.

The stories are rich in history and designed to be read in a few minutes and are accompanied by discussion questions to help inspire and motivate.

Don’t miss the movie “Unbroken” now showing in movie theaters. The movie features the story of Louis Zamperini, a 1936 Olympian whose military plane was shot down. Louis spent 47 days on a raft in the Pacific Ocean before being captured by the Japanese and severely tortured in a prison camp. Louie’s inspirational story teaches the important story of perseverance and pride.

Alice Coachman was the first African-American woman to win an Olympic gold medal. Read her amazing story of how she overcame adversity to become a champion.

Meb Keflezighi was named the 2014 Jesse Owens Athlete of the year given to the top American track and field athlete. Read his amazing story. 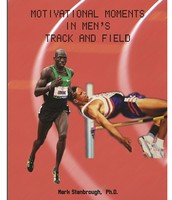 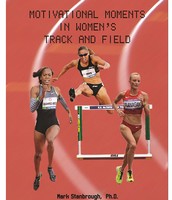 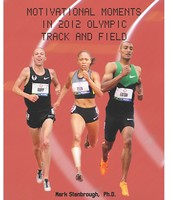 Motivational stories have the ability to raise our spirits, to encourage and motivate us, and to teach us valuable life lessons. They can be used as stepping stones toward living a better life. Stories are memorable; they lodge in the long-term memory. American psychologist Jerome Brunner (1990) investigated different modes of thinking and found that people are 20 times more likely to remember information in the form of a story that as a set of disconnected facts. As Rudyard Kipling stated, “If history were taught in the form of stories, it would never be forgotten.” The stories in Developing Character Through Motivational Heroes and Developing Character Through Motivational Fables are designed to be read in a few minutes, and can be posted on bulletin boards or distributed for group discussions. The affirmations, questions, and quotes at the end of each story are designed to inspire thinking, encourage, challenge, and develop character.

Mule in the Well: Excerpt from Developing Character Through Motivational Fables

Keep on Knocking: Excerpt from Developing Character Through Motivational Heroes

The Coaching Education program at Emporia State University will host the “More Than the X’s and O’s -A Coaching Education Workshop” on April 7, 2015. The workshop goes beyond the traditional coaching clinic which focuses on the X and O’s to focus on character education, leadership, communication, motivation, sports psychology, team building, and team management.

This year the workshop will feature 3Dimensional Coaching™, www.3dimensionalcoaching.com which combines fundamentals, psychology, and heart into developing athletes. The 3Dimensional Coaching™ curriculum is based on extensive research regarding different coaching philosophies and the cultural influence of coaches in the lives of the people they impact.

Roho Publishing will be sponsoring a Triathlon at Emporia State University. The Spring Migration Triathlon in Emporia, Kansas will be held on April 19, 2015. It consists of a 400 meter swim, 20K bike, and 5K Run.

More information and register at: www.rohopublishing.com/tri

Focusing on the spirit of sport. Designed to inspire, encourage, motivate, and teach valuable life lessons.

4040 Graphic Arts Road, Emporia, KS, United States rohopublishing@gmail.com 620.794.3941 rohopublishing.com
Embed code is for website/blog and not email. To embed your newsletter in a Mass Notification System, click HERE to see how or reach out to support@smore.com