Animals shouldn’t be experimented on. There are thousands of animals held in captivity that are the test subjects of multiple, dangerous experiments. Many animals are purposely exposed to a disease, then given an experimental cure, and/or used to test the effectiveness of vaccines, as well as being dissected in order to see if they have genes in their bodies that could be used to create a cure for an incurable disease, or to create a better or more effective cure for an already curable disease. They are also used to test the safety of new products before said products are marketed.

For example, in order to create and sell a new type of makeup, probably a dozen rabbits were given slightly different versions applied to them, and then watched for multiple days for any sign of infection, irritation, or damage. These rabbits, except for the one or two that were given a version that was safe, are in extreme pain, and are put down a few days after being used. 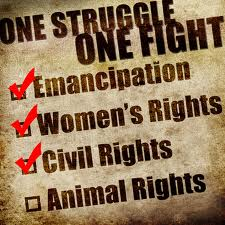 Though many companies that use animal testing say that their animals are treated well, they are almost always in small, maybe 2X2 or 2X3 feet cages, sometimes even multiple animals per cage. They also are usually underfed, nearly never let out of their cages to play, only to be experimented on, and rarely ever see the outdoors, living most of their lives in laboratories.

Of all people, there are many different views on animals’ rights. Some say that animals should be thought of as tools and treated just well enough to stay alive and healthy, but shouldn’t be given any extra treatment that uses any more of your resources than necessary. Others think that animals should be treated with respect and care, but still should only be used as tools by people. Others, like animal rights activists, think that animals should be treated like you would treat a child; with love and care, but with a bit of discipline if they do something bad, like if a pet dog chews on your shoes. Then, there are the animal rights extremists, who believe in the idea that animals should be entitled to the same rights and freedoms as humans. This means that “people should stop eating meat, wearing leather and fur, using animals as beasts of burden, and owning animals for any reason,” (“Animal Rights”). All pets and livestock, however well-treated and cared for, are still being treated as tools and personal property, at least in the eyes of animal rights extremists. 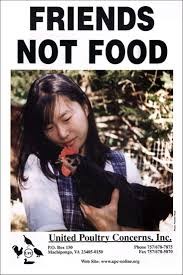 There are three types of animals rights supporters. First is utilitarianism. This philosophical view is one where people are trying to decrease all pain in the world, whether it is animal or human. These people fight to pass laws that require the living conditions of any and all animals living in human care to be very appropriate and enjoyable to them, making it so that they have easier lives in captivity. The second type of supporters is vegetarianism. These people are people that are vegetarians for multiple reasons and who argue that just because meat, which has protein, is good food for humans doesn’t mean that we should kill animals to get it, when those animals have just as much right to live as we do. The third type of supporters is extremists. These people are considered “die-hard” animals’ rights activists, who will do almost anything to support animals’ rights. For example, “a group of three extremists, in 2001, allegedly attacked the managing director of a research organization, Huntingdon Life Sciences, which was involved in the safety testing of animals, with baseball bats, highly injuring him“, (TDAAT 39).

Many people say that animals used in research and testing are not only being treated ethically, but are also vital to the tests being performed, as they often give a result that extremely helps the human race. However, this is only partially true. In fact, every day, more and more cure compositions are being discovered and very few are actually from animals. Many more are found from plants and minerals.

In conclusion, there are absolutely no solid reasons to experiment or hurt animals. It only results badly for the animals. We all need to work together to convince companies and medical groups to stop unnecessarily hurting animals.