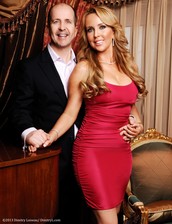 We live in a world where everything and everyone seems to be at an equal footing but unfortunately it is not so. Relationships are meant to be sacred yet they break off every here and there. The worst part is the abuse be it emotional or physical, the trauma is equally devastating. When a human becomes the reason for another human’s pain and agony, he/she shouldn’t be spared. Suffering at the hands of another is not simply just unfair but inhumane as well. The saddest part is that despite advancing so much in terms of technology, the eradication of domestic violence hasn’t taken place. It can happen to anyone, regardless of size, gender, or strength. The need is to report this heinous crime and not overlook, excuse, or deny it. The first step to ending domestic violence is by recognising the warning signs and symptoms.

Living in fear of the person one claims to love isn’t the way to lead life. Rather both partners should have equal say in all matters. Unfortunately this isn’t the case with many hence this gives encouragement to such crimes. The perpetrators of such crime want to gain total control over the life of his partner. This instigates him to treat his female counterpart as down trodden. It is not like domestic violence is meted towards women only but they are more commonly victimized. Irrespective of the fact who is being abused, one shouldn’t accept any kindof abusive behaviour. Every human being has the tight to be valued, respected, and safe. Since domestic abuse often escalates from occasional threats to regular such episodes, one should nip it in the bud. Physical injury is the most obvious danger arsing from an abusive partner. The pain and sufferings will increase if not reported at the right time or appropriate action isn’t taken.

Deborah Alessi was also one such victim but she decided to fight for herself. She not just regained her life but did it her way. She understands well what a abused victim goes through hence has been trying to make their lives better by removing the physical scars. Such victims break down emotionally very fast as anxiety and depression is common. Since the physical scars are like constant they should be gone first and this is where Face Forward plays a pivotal role. They don’t promise overnight change because they understand that after years of being abused finally the victim has muttered the courage to break away from it. They just help the victims in taking their first step towards a better life with better looks.

www.faceforwardla.org
Dedicated to putting an end to violence