This song relates to the Vietnam War because it talks about how you as the listener to the song would feel if you knew the girl that was found dead on the ground at Kent State. They are saying that many Americans at the time were upset at the fact that there loved ones were being sent over to fight and be killed, for a war that seemed unnecessary (just like the Kent State killings).

This song relates to the book because in the song, four young people were brutally killed for no apparent reason. They mercifully had there lives taken from them at such a young age. In the book the things they carried the chapter The man I killed talks about how a man was also brutally killed and then a different character Azar proceeded to take things to an extreme and point out that the dead soldier looked like oatmeal. He talks about the gruesomeness of the deceased just like the song Ohio talks about what the seen was like at Kent State following the massacre. 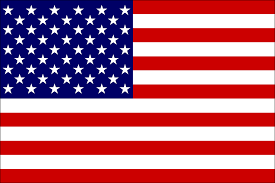 "Born in the USA" By Bruce Springsteen

This song relates to the Vietnam War by saying "Born in a dead man's town...Got in a little hometown jam so they put a rifle in my hand". Springsteen says this in a point of view of a common soldier that was born in a small poor town and how the soldier got into trouble in his town and had the choice of jail or war and he chose war.

Born in the USA by Bruce Springsteen

The Things They Carried by Tim O'Brien