Discrimination in the Military 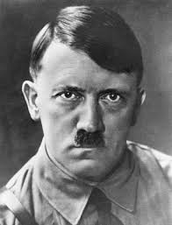 As Germany became a stronger economy it was put under new leadership. Hitler was pronounced as Germanys new leader. Hitler made some very bad decisions while he was leader. One major action that Hitler made was the holocaust. the holocaust was where Hitler captured a total of 6 million Jewish and put them on concentration camps where they were later killed. He did this out of pure hate of the religion and the people 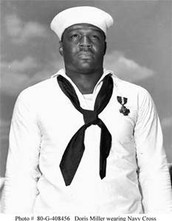 Doris Miller was an African American Navy veteran who was recognized for his bravery during WWll. He was born on October 12, 1919 in Waco Texas. Since he was an African American, he was given a non combat job as a Messmen Third Class. During the attacks he stepped up and manned a gun to help save many lives from enemy planes. he received a Navy Cross, a Purple Heart, and a Combat Action Ribbon.

Although minority's had "right" they were still treated differently.

How and Why Questions

How has the bravery of many minority's during the entire span of WWll reflect on the interpretation we have on racism today?

Why did all minority's and woman get treated unfairly by being forced to have non-combat jobs in the military?