Long ago, there was a small girl named Peony. She lived in a tiny village on the outskirts of Greece. She lived with her father, a fisherman who would do anything for his precious daughter. He had a kind smile and a warm heart, but his eyes got sad and creased when her gazed at Peony. She was a spitting image of her mother, who had died in a shipwreck when Peony was only a few years old. All that Peony had to remember her of was a ribbon, made of the smoothest silk in Greece. It was a brilliant silver color, shining in the light. Her mother had bought it for her as a present for when she was older, but when she perished her father had given in to Peony anyways. Peony loved the ribbon, for it was a luxury that was not easily afforded where she lived. Every day she used it to tie up her hair. Her father told her that it complimented her eyes, which were a silvery blue. Every day she went outside to play, as long as she followed her father’s only rule. “At the first sign of darkness, come straight home. I don’t want you to get lost in the night,” he would tell her every morning. Without the glow of the village lanterns, the darkness was almost impossible to navigate through. Especially in the pine forests next to their house which extended upward into a mountainous terrain. 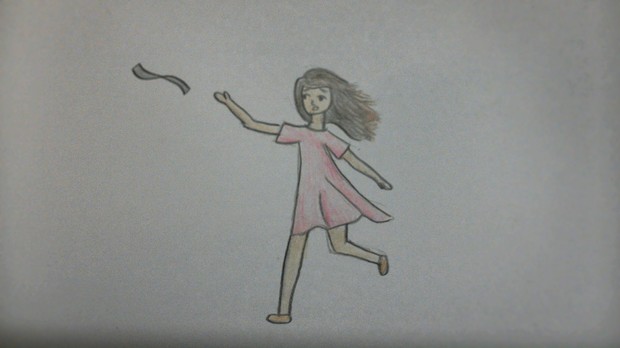 One day, Peony came home just as the sun was going down. Her father was still out fishing, so she waited for his arrival. She left the door open, for he would be returning soon. She sat in a chair and started fixing her hair. The room was beginning to feel stuffy, so she leaned over and opened the window. A gust of air blew in and whipped the ribbon right out of her hands. It fluttered through the air and right out the open door! “Drat!” Peony said, and chased after the runaway ribbon. There was just enough light left outside for her to see the silver shape blow away with the wind. She looked up at the sky; it had faded to a purple color with the sun almost down. Never the less, she kept running, she was so close to it that it didn’t really matter that it was almost dark. Peony dodged trees and scaled roots, charging through the pine forest. Peony reached out to grab it. “Almost got it-HUMPH!” Peony tripped on a root and slammed onto the ground. She jumped up and brushed the leaves and twigs off of her. Peony squinted through the trees, searching for it, but her precious ribbon was nowhere to be seen. ”If only it wasn’t so dark then maybe I could see…” She paused. “Oh, no! No, no, no. Oh, father’s going to be furious with me!” Peony moaned. The sun had disappeared over the horizon, and the darkness rolled in along with a tidal wave of cold dread. She felt her way through the darkness, stumbling through trees and roots. She could feel the cuts and scrapes growing all over her, like the darkness was filled with needles that were constantly stabbing her. Peony wiped the falling tears from her eyes and silently wished that her father would show up and take her home. A hopeless panic rose in her chest, and it took all the might in the small girl to keep it down. Finally, the trees opened up. “A clearing!” Peony sobbed and fell onto the ground. She brought herself up and kept walking. She took a step, but she couldn’t feel the ground underneath her foot. She wobbled and let out a terrified scream as her other foot slipped out from underneath her. She fell, and she screamed helplessly, but there was nothing she could do. 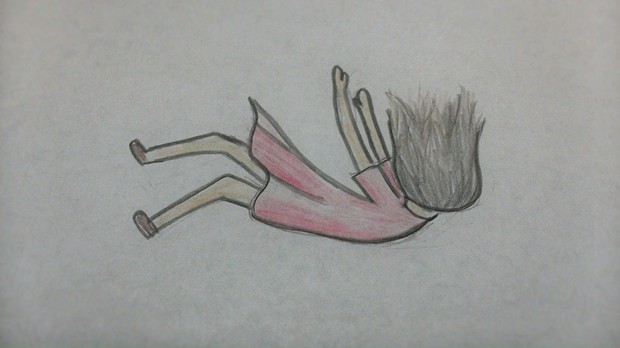 Artemis, the goddess of night and the hunt, was in those same woods that night. She had gone rabbit hunting earlier that day, and had taken a rest. She woke up with a start to hear a child crying. Curious, she wandered through the trees until she saw a small girl with dark hair walk straight towards the edge of a cliff. Artemis was about to warn her, when she slipped and began to fall. Using her magic, Artemis caught her just before she hit the rocks below. “Foolish girl,” She scolded. “Don’t you know that it’s not safe to be alone in the forest after dark?” She thought for a moment. “I’ll have to do something with you.” She lifted Peony into the air. Silver dust glittered and spun around Peony until she began to glow. With Artemis swishing her hands, Peony disappeared into the light until she was only a glowing orb of pure light. The sphere rocketed into the air and exploded with a loud bang. The light died down, and a glowing silver shape was left hanging in the night sky. It gave everything a slight glow with just enough light, not too much and not too little. 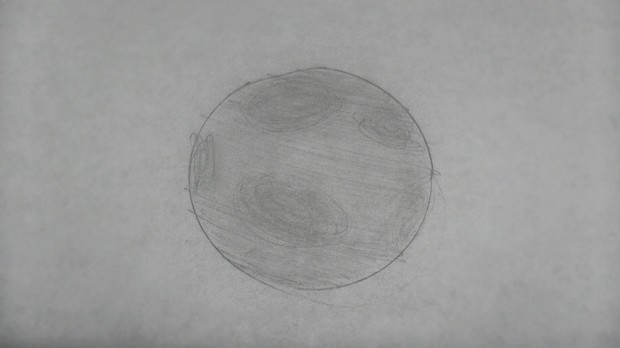 This was later called the moon, and forever provided a guide for those lost at night. Every time that you happen to gaze up at the night sky, think of the little girl with dark hair and grey eyes who ignored her father’s one rule. Peony had a father who loved her more than anything in the world, but her live fell apart just like that. Peony’s father never knew what happened to her, but for the rest of his life he traveled day and night for his lost daughter. Eventually he died of sadness, but some say that he found his daughter and joined her. Peony will live forever in the sky, a radiant light in the dark night.