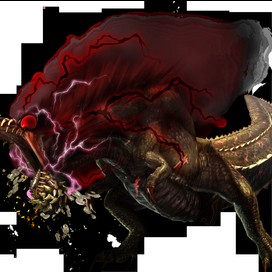 Get email updates from Aizen:

The comparison of life at different depths.

The comparison of life at different depths.

The Analysis of the first zone the Epipelagic Zone

The name Epipelagic means sunlit,This layer stretches down to 200m's below the surface of the water.For this layer life is dependant on the sun and it's energy.The creatures that live in this zone are in their millions; plankton, floating seaweed, jellyfish, tuna, many sharks, dolphins and many more.

The analysis of the second zone the Mesopelagic Zone

The Mesopelagic Zone stretches from 200m - 1000m deep, it is also known as the Twilight Zone or the Middle Zone.In this layer most of the animals rely on Bioluminescence and large light sensitive eyes.The light that reaches down at these depths is extremely faint and the fish found here are extremely strange.It also has some animals including octopus, squid, and hatchet fish.The animals living in this zone must survive cold temperatures, increased water pressure, and dark water.Some fish have extra big eyes to help them see, while others produce their own light called bioluminescence using special organs in their bodies called photophores.Many animals in the twilight zone have thin bodies as their camouflage so it is harder for predators to see them.But most fish don’t chase their food they either wait for it or stalk it.Some have sharp fangs or big mouths to help them catch their food.

This brine shrimp relies on bioluminescence.

Giant squid, Sperm whales and man other fish on the Mesopelagic Zone.

The analysis of the third zone the bathypelagic zone

The bathypelagic zone or midnight zone goes from 1000m - 4000m deep. No sunlight reaches this zone so it is freezing and completely dark.It also has a very intense water pressure which can be as great as two tons per square inch! Just like the mesopelagic zone, there are no plants and even fewer organisms. Some organisms in this zone are vampire squid, giant squid, amphipod, slime stars, snake dragon fish, anglerfish, oarfish, gulper eels and more. The sperm whale even dives to these depths to search for food. Only about one percent of all ocean species live in this zone, and some don’t have eyes.

Only 5% of the food from the Epipelagic Zone makes it this deep.

A type of shrimp called an Amphi.

This Female Angler fish is practically see through.

The analysis of the fourth zone the Abyssopelagic Zone

The abyssopelagic zone is also known as the abyssal zone, or the abyss, and ranges from 4000 meters to 6000 meters. The word means no bottom. The water temperature is so cold that it is near freezing, and there is no light at all. Very few creatures can be found in these freezing temperatures, no light, and bone crushing depths. Most of these creatures are invertebrates, animals without a backbone, such as basket stars and tiny squids. This zone has about three fourths of the ocean floor in it. Some animals are called a basket star, Loosejaw Fish, Nudibranchs and Rattail Fish.

A fish with extremely long jaws.

A Rattail Fish cannot chew it's food because of it's long teeth and small mouth.

The analysis of the fifth zone the Hadalpelagic Zone

Beyond the abyssopelagic zone lies the forbidding hadalpelagic zone. This layer extends from 6000 meters to the bottom of the deepest parts of the ocean. These areas are mostly found in deep water trenches and canyons. The deepest point in the ocean is located in the Mariana Trench off the coast of Japan which is 10,911 meters deep. The temperature of the water is just above freezing and the pressure is an incredible eight tons per square inch. In spite of the pressure and temperature, life can still be found here. Invertebrates such as starfish and tube worms can thrive at these depths also things like vampire squid and viper fish have been found at these depths too.

The largest/tallest mountain is underwater at a height of 10,000m tall but only 4,205m of it is above sea level which means 5,795m of it is below the water which means the base is located in the Abyssopelagic Zone.

The difference between the creatures at the depths of 1,000m and 4,000m

Adaptations for survival: The creatures at 1,000 m rely on a flux of particles from above as food, eg. dead fish, plankton and other organisms. But another adaptation is that most of the fish/organisms at this depths possess a swim bladder and well developed muscles and bones but are somewhat streamline (waits for prey). Another great adaptation is bio luminescent organs called photophores, most of the organisms have the photophores on their underside to match the rays of sunlight from above. Also these creatures have large eyes that gather ambient light. Adaptations for survival: The creatures at 4,000 m totally rely on the bio luminescence and other organisms for light, in this zone all the organisms are streamline which makes their muscles weak, flesh watery and bones nimble. But to make them even harder to see most of the organisms are black which makes them extremely hard to see because their is no light in the Bathypelagic Zone, but an Angler Fish's light is mesmorizing for anything. And therefore it gets its food. The organisms at these depths are brought to the surface the expand and explode because of the lack of pressure up top. So at 1000 m the organisms have strong bones, strong flesh and strong muscle while at 4000 m the organisms are streamline, nimble bones, watery flesh, weak muscled but clever and very gassy.But if we compare the two depths the Mesopelagic zone, where only small amounts of light penetrate. Temperatures in the Mesopelagic zone range from 5 to 4 °C. The pressure is higher here, it can be up to 1,470 pounds per square inch (10,100,000 Pa)But in the Bathypelagic Zone the water pressure is immense, reaching 5,850 pounds per square inch.

Follow Aizen Sosuke
Contact Aizen Sosuke
Embed code is for website/blog and not email. To embed your newsletter in a Mass Notification System, click HERE to see how or reach out to support@smore.com
close