Saravana is using Smore newsletters to spread the word online.

Get email updates from Saravana: 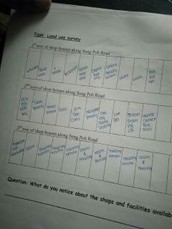 He has been living in Tiong Bahru since 1996. At that time, he bought a house there at cost of $142. He feels a sense of belonging as he mentioned that it ease the pain of loneliness. His biggest challenged faced when buying a house was that before buying the house, he was a taxi driver and it was very hard for him to buy that as his monthly salary was $100 or lower. However, to him, the facilities and amenities is convenient as there are nearby supermarkets for him to buy groceries,

Analysis of land use along Seng Poh Road

This area is more for trading and this shows a mini mart having various products, easy for the residents

It also shows that business is more towards fashion trend

It shows trend towards Beauty as well

Tiong Bahru , name coined by Peranakan Community based on Hokkien word tiong (Meaning tombs) and Malay Word Bahru (meaning New), as this area was having burial ground for Cantonese and Hakka Communities

It is the Singapore's First public Housing estate developed in 1920s. Unlike now this housing estate was not developed by Housing & Development Board but it was developed by SIT(Singapore Improvement Trust) in 1927. They Acquired land by removing 280 huts and 2,000 squatters and levelling 2 hills and Swamps in this area.

Roads in the area were named after prominent businessmen and philanthropists of the period, including Khoo Tiong Poh, Koh Eng Hoon and Seah Eu Chin.

In 2003, 20 blocks of flats in the estate were granted conservation status by the Urban Redevelopment Authority.

Saravana is using Smore newsletters to spread the word online.