Cohort D progress reports will be mailed home next week.

1. Please be on time for all scheduled meetings.

Being on time means that your camera is on, your microphone is muted and you have all materials needed to learn!

2. Select a location for learning that is free from distractions.

Please find a location where there is little background noise and your student is able to focus on their instruction.

Parents, please be mindful that if you have a concern about your child's lesson please address it with the teacher through email or a phone call to the school. This will help us to address your concern in a timely and confidential manner.

Thank you for your help in these areas!

Please see below for some links that can help you with implementing your child's iPad.

In addition, if you are having difficulty with your child's iPad, please contact EdTechHelp@enfieldschools.org 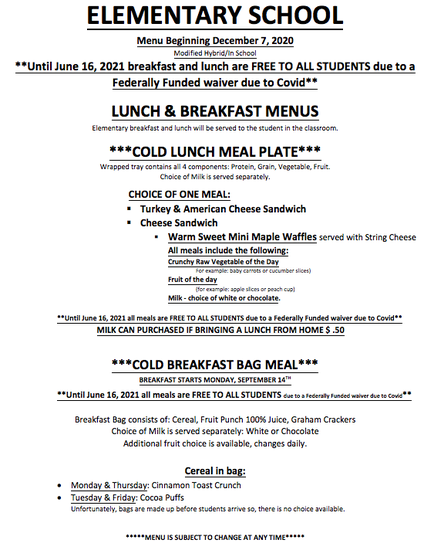 This Week's Words of the Day

*The Word of the Day for Monday, January 11th was PASSAGE. The word passage has a few different meanings. It is the act or process of moving through, under or over something on the way from one place to another (physically or emotionally). Or it can be used to describe a road, path, channel or a narrow way, typically having walls on either side, allowing access from one location to another – such as a passageway. Lastly, it can be used to discuss a paragraph or verse in a written work or piece of music. Try and use the word PASSAGE in a sentence today!

*The Word of the Day for Tuesday, January 12th was DENOMINATOR. In math, a denominator can be defined as the bottom number in a fraction that shows the number of equal parts an item is divided into. It is the divisor of a fraction.

*The Word of the Day for Thursday, January 14th was FIERCE. To be fierce means to have or show very great energy or enthusiasm. Someone might compliment you and say you played a fierce game of soccer. It can also mean wild or threatening in appearance. Some wild animals are described as fierce.

*The Word of the Day for Friday, January 15th was PATTERN. In math, a pattern is a series or sequence that repeats. There are two main types of math patterns. Number patterns are a sequence of numbers arranged according to a rule or rules. Shape patterns are labeled by using letters and the way that they repeat.

It has been an exciting month in STEAM class. In each grade level, we are solving the final problem in the Project Lead the Way units, using our Engineering Design Process. In Grade 3, we are flying our gliders over a remote island carrying the most amount of supplies possible. Each binder clip or paper clip attached is equal to one box of supplies. The students have been sharing their results with one another on TEAMS. In Grade 4, we are designing a device that can move boxes of food from the back of a truck into the food pantry by using at least one energy conversion. The students are explaining how their device would work and will then identify ways to improve designs. In Grade 5, we are determining who patient 0 is and tracing the path in which strep throat spread around the fictional school. The students will begin making their flow charts to help explain their reasoning. The students are working hard at identifying ways in which germs can spread from person to person. After we finish solving the problems, we will move on to our new units of study in each grade level. Thank you for all of your continued support at home. We appreciate all that you do to help foster a love for STEAM.