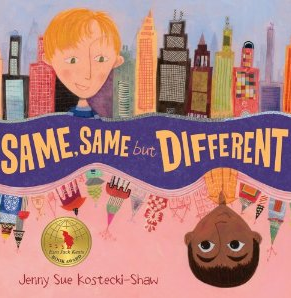 Topic or theme of book: Regardless of where we geographically live, we all have similarities that bring us together. 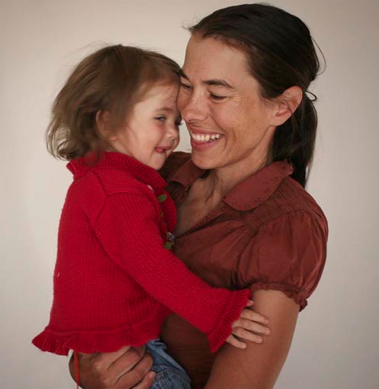 "Art and storytelling dance seamlessly together. Kids are natural storytellers … and they are naturally curious. … I think this is where their desire to read and write begins. This visual and sensory learning is a powerful combination in developing literacy." - Jenny Sue Kostecki-Shaw

Information about the Author and Illustrator:

On her website, Dancing Elephant Studio, Jenny Sue Kostecki-Shaw reminisces on how she enjoyed drawing at a young age and always knew she wanted to be an artist. She expresses the role that teachers had in her life, as she had the opportunity to share her creativity in many of her classes. After graduating from high school, Jenny attended Kansas City Art Institute and was later hired as a gretting card artist at Hallmark. Although she truly enjoyed being an artist for Hallmark, she had a lifelong dream of traveling and decided to pursue it by traveling around to a variety of different places. While traveling, she became a freelance illustrator and worked on a variety of projects. For the past five years she has been teaching at American Greetings, The Illustration Academy, and absolutely loves it. She wrote her first book, "My Travelin' Eye" in 2008 and her second book, "Same, Same, but Different", was published in 2011. Jenny Sue Kostecki-Shaw was inspired to write and illustrate a multicultural book through her travels around the world. According to her blog, her love for traveling started at a young age because her dad would often travel and share his stories with her. More specifically, she spent time in Nepal and India, which helped her obtain a realistic representation of this culture and create the picture book, "Same, Same, but Different". The title of the book came from a popular phrase that she heard people share during her travels about different cultures. Furthermore, during her travels, she spent an abundance of time at a school called Sunshine School and organized an art exchange with students in the United States. This real-life example became the main focal point for her book, "Same, Same, but Different". During her free time, Jenny Sue Kostecki-Shaw enjoys spending time with her husband and their daughter, Tulsi, at their home in New Mexico.

Drawing from the Early Years

Jenny Sue Kostecki-Shaw enjoyed drawing pictures of smurfs and other objects when she was younger. She decided early on that she wanted to be an artist.

She was a greeting artist for Hallmark and these are some of the examples of cards she created.

Here is a puppet that she created to read her book "My Traveling Eye", which described how she viewed the world when she was six.

After receiving the Ezra Jack Keats New Illustrator Award, Jenny shared her thoughts on the book, her traveling life, and enthusiasm for receiving the award. You can find information regarding the interview at http://www.ezra-jack-keats.org/jenny-kostecki-shaw-interview/.

"One Picture is worth a thousand words" -Chinese Proverb

This represents an illustration from the book when the two pen-pals are discussing how each of them gets to school. Elliot and Kailash both attend school, but get to school in two different ways. The media for this illustration was acrylics, crayon, and tissue paper. This specific illustration indicates how different their transportation might be, but still allows them to get to the same places. The contrast provided by the illustration gives the reader insight on how the two cultures differ.

Standard: CCSS.ELA-Literacy.RL.1.9 Compare and contrast the adventures and experiences of characters in stories.

Objective: The student will be able to compare and contrast the experiences and culture norms of the two main characters. 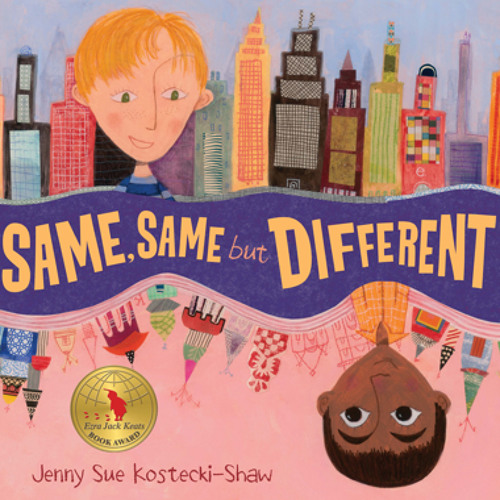 Same, Same but Different by megangraham

Follow Megan Graham
Contact Megan Graham
Embed code is for website/blog and not email. To embed your newsletter in a Mass Notification System, click HERE to see how or reach out to support@smore.com
close