Get email updates from Chels:

The 1500 m dash is the foremost middle distance track event in the athletics. It is held at the Summer Olympics since 1896. 1500 meters is about 1.5 kilometers, meaning it is about less than 4 laps around a track. To be good at the 1500 meter run, you must have a good pace. No slowing down in between but maybe getting faster, and that's if you can manage the next couple laps. The world record holder for the 1500 meter dash is Hicham El Guerrouj from Morocco. He holds 206 seconds as the fastest 1500 meter runner. WOW!!! 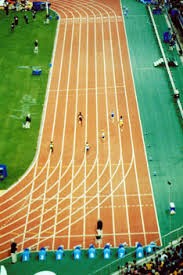 While researching the 1500 m dash for men and women, I have come to that men will gradually start to increase in time because the results of the last 40 years has not been decreasing in time but increasing in time. Meaning the male athletes are becoming slower. Since this is conclusion is not widely expected, this article will cover the details on how this conclusion and more was made.

The goal of this study is to find the year of when both men and women have equal times in the Olympic event of the 1500 m dash.

Linear regression represents the line of best fit of the 1976-2012 data. 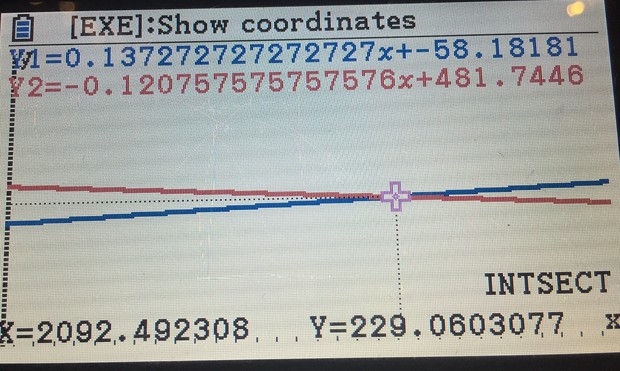 The intersection point shows us when both male and female contestants will have the same time for the 1500 m dash in the Summer Olympics. The blue line in the picture above represents the male and the red line represents the female. As you can see, the times for the male is increasing, meaning they are getting slower. But the female times are decreasing, so they are getting faster.

Y coordinate is the time for both gender to finish each 1500 meter dash. The times for both male and females were fairly different. The intersection point in the picture above, tells us that when the two genders will finish at the same time. So they will finish at about 229.06 seconds. 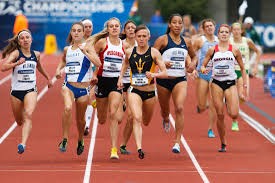