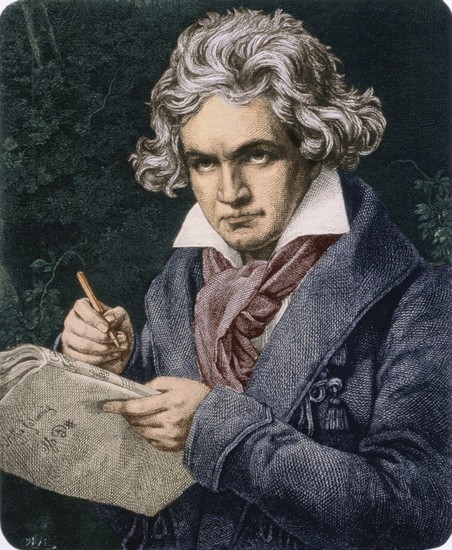 Beethoven was born on December 17, 1770 in Bonn, Germany. Beethoven had a very rough childhood. His father, Johann had realized Beethoven's talent and used it as a source of income to help the family. Beethoven wrote many songs when he was a child in Germany. When Beethoven turned 17, he visited Vienna and played music for Mozart. When Beethoven came home, his mother and infant sister had died and his father had lost his job. Now, all of the income for his family had to be made by Beethoven and his music. In 1792 after his father had passed, he moved to Vienna to live there and write music for his adulthood. 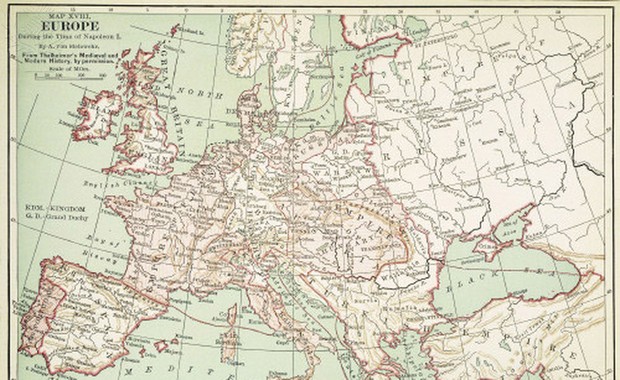 Beethoven was born in Bonn, Germany. Germany was where Beethoven had written lots of musical pieces as a child. Beethoven lived in Germany for twenty two years before he ended up moving to Vienna where he would spend the rest of his life.
Beethoven - Symphony No. 9 (Proms 2012)

Symphony No. 9 was written while Beethoven was almost deaf. He would listen to the vibrations of a piano's keys on the floor to know what note it was. He also composed the orchestra entirely by himself. All around the world, this symphony was and is used as an inspirational piece for many causes.

Other Music By Beethoven

Beethoven wrote many songs and some of which include;

Other Information About Beethoven

- Beethoven started going deaf around the age of twenty eight, but he was still able to compose music by listening to the vibrations of pianos on the floor

- Beethoven had come to meet the composer, Salieri and ended up dedicating three sonatas to him

- the day of Beethoven's death, it was told that Beethoven had raised his fist in the air and then collapsed, dead