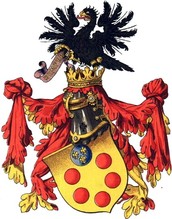 For two centuries the family, fortune through banking and trade, begins also to play apart in Florence's politics . Giovanni di Bicci had founded the Medici Bank. The Medici bank was the largest and most respected bank in Europe during its time.

Giovanni's son, Cosimo de Medici, was who really made the family rich. In 1434, Cosimo controlled the government in Florence. For the sixty years Cosimo ruled Florence. He ruled in the early 15th Century when he ran for office. Later on in a political problem with another powerful family( Albizzi family) Cosimo lost and was banished. But since a lot of people supported him, he was aloud to come back and the Albizzi family was banished in return.

One of the many accomplishments that the Medici family offered in the Renaissance period was when their wealth had first begun. the word success fitted the Medici family well. While they ruled the city of Florence they did many acts, such as spending money on their city, and making it the most powerful state in Italy. They also made it the world's most beautiful city. They also spent some of their wealth on having the largest library. They founded the Platonic Academy and helped artists by feeding them, educating them, and providing them with the basic needs. Some of those artists were Donatello, Michelangelo, and Rapheal The Medici family was very helpful. 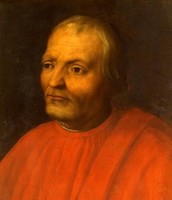 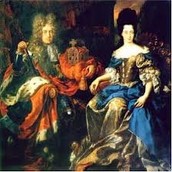 The Medici family members were very interested in the rebirth of learning in Europe and during their time the Renaissance flourished. They also funded and help very famous artist that made famous works of art.

Although the names were later changed, Galileo initially named four of the moons of Jupiter he discovered after children of the Medici family.

The Medici Family is sometimes called the Godfathers of the Renaissance.

In 1478 Giuliano Medici was assassinated by the Pazzi family in front of 10,000 people at the Easter church service.

Ferdinando de Medici was a patron of music. He helped to fund the invention of the piano. www.history.com
What does it mean to be a 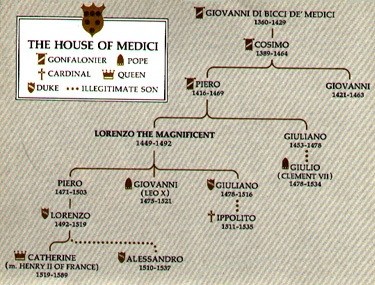