Edgard is using Smore newsletters to spread the word online.

Get email updates from Edgard:

Shea H: Capitalism is an economic and political system in which a country's trade and industry are controlled by private owners, rather than by the state.

Capitalism dates all the way back to the middle ages in western europe, the netherlands and england when they first created joint-stock companies driving up commerce and trade.

Capitalism also help increase the food production allowing people to trade different food from around the world like corn and potatoes. It also allowed the trade of animals and because of this it allowed people to live longer lives because they were getting more of the important vitamins that they needed.

Capitalism also changed the world because since most of the trade was coming out america is decreased the the power the britain had and the that america was expanding the trade by expanding their trade partners in the east west. This gave them a natural monetary advantage when compared to their neighboring countries that were not involved with america.

Edgard:Mercantilism the economic theory common in Europe from 16th to the 18th century that trades wealth. They were trying to build economies based on trades. Which meant to send out exports, and that should better than imports which means to send out more goods than to take in more goods. Then they are left with all this silver and gold. But that is only when they send out more imports more of the GOODS, then they are left with more wealth.

The British had an empire to run and the way they were planning on doing it was by trading. The British were limiting on how the colonies spent money. They have limits on what they can produce, whose ships they could use, and who they could trade to. The Navigation Act is a series of laws in which they could not use unknown ships to trade from the British and settlements. That lead to rebellions and corruption in the colonies.
Mercantilism: The Economics of Absolutism
Capitalism and Socialism: Crash Course World History #33 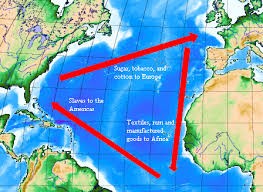 I have learned that Mercantilism is about trading and that they should give out more goods than to take in, so if they make a lot of money they had good wealth. Also you can start a business with this kind of information.

We can use this information that we have learned to improve our world by using this information to learn where trade all started at and who was the most donate at first and who fell because a trade! We can also use this to learn from our mistakes by learning what not to do to keep the country from falling to trade like Britain did when america became dominant in trade Britain started to struggle. 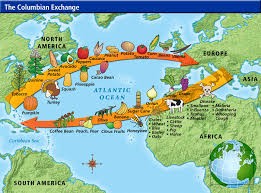 The columbian exchange was when The Columbian Exchange took place when there was trade between the "Old World" and "New World". It involves the trade of plants, technology,animals and diseases. This changed the ways of n the Europeans and the Natives of America for ever. This is the dark side of the Internet

Edgard is using Smore newsletters to spread the word online.