mohamed is using Smore newsletters to spread the word online.

Get email updates from mohamed:

A Anti-Virus Software is a software which prevents viruses from entering your computer, laptop or any another device which is connected to the internet. You will have a 2 options ,first one is to trap your virus in a document which they cant get out and the second option is to destroy it completely. 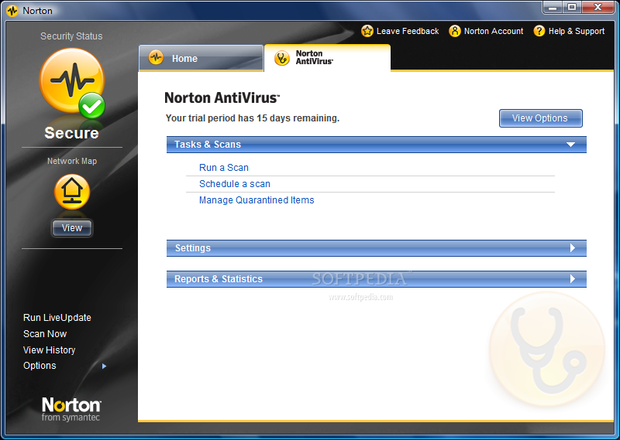 The primary function of antivirus software is to detect and remove computer viruses. This is typically done by scanning files on your computer and comparing data in the files to a database of known virus signatures. This database is updated regularly, often several times each day, to ensure that your antivirus program has the most up-to-date virus definitions to detect all known virus threats. Most antivirus software has the ability to detect viruses both during a scan and in real time at the point of infection.

The ability to quarantine files without deleting them is an important feature of many antivirus programs because quarantines help protect your computer against false positives during virus scans. A false positive occurs when a program or file that is not infected is identified by your antivirus as a virus file and action is taken against it. If your antivirus is set up to quarantine files for later review, the detected file is cut off from system resources but is not deleted until you manually choose to delete it or a pre-set period of time has passed. If the file is safe you have the option of removing it from quarantine and protecting it from future detection.

As new viruses and malware threats are released, antivirus programs can aid in their identification. If your antivirus has the ability to recognize potential threats that aren't in its virus definition database it may send a copy of the potential threat to its manufacturer for identification. This speeds up the process of new viruses being officially identified and added to virus definition files, ensuring more complete protection not just for you but for others as well.

Just as some antivirus software helps protect against mal-ware and other threats, some programs also feature components that help in other ways to keep you safe online. Built-in intrusion detection, fraud monitoring, and phishing recognition alert you if someone attempts to access your computer from a remote location or if a website attempts to redirect your browser or steal your personal information. Untrustworthy sites or pages with potentially harmful downloads may be blocked, protecting your computer by preventing the damaging action before the site can load.

Because there is still a risk of file corruption or other damage if a virus isn't detected immediately, some antivirus software offers online backups of vital files that can later be restored if the files become infected, corrupted, or otherwise damaged. This feature is typically available only with paid antivirus subscriptions; the subscription price helps cover the cost of hosting and the bandwidth involved in creating and restoring the backups.

I think that these are the 5 most important uses it could do for you. For example this is a picture of a Anti virus software.

This Antivirus Handbook shows and tells you how the Antivirus works and functions.

This is the original company logo of the Norton Antivirus

This is the program in the computer working for it's viewer.
Norton Antivirus | "David Hasselhoff"

mohamed is using Smore newsletters to spread the word online.