Get email updates from Emy F:

To Kill a Mockingbird

To Kill a Mockingbird

Discrimination is the act of prejudice, or unjust of a category. Including, race, sex or age. So people say things that may not actually be true by a group of people. For example: Wage discrimination – An example would be when an employer offers a lower wage for a woman doing similar work as a man or offers a lower wage to new immigrant having similar experience/skills as a non-immigrant.

Whos Being Discriminated? The Black Community

During the 1930’s black’s didn't have the same equal rights as everybody does today. They had to have separate restaurants and fountains to drink in. They were mistreated ,most jobs would not hire black people. White kids would not go to school with black people. The blacks had to sit in the back of the bus and separated from the whites. Today it’s not as bad as it was in the past yet there still is pain to this day.

What questions remain unanswered, what do we need to understand?

Where was all this racism developed?...most racism is taught from parents. They teach their children to stay away from them (color folks) and the kids catch on and pass it on to their children.

A big example is Tom Robinson, we clearly see when atticus is talking to Bob Ewell about what happen to her daughter. All evidence that Atticus says clearly shows us that Bob Ewell is guilty. Yet they lock up Tom up for helping a poor white lady being abused by his dad. He was the only one that was nice to her and made her feel comfortable, he was the only “friend” to her, yet he was sent to jail because of his skin color, and in the jury the blacks are separated from the white’s and they have separate things from the white yet it's all in bad conditions.

Today racism is still a huge obstacle in our society, but not as bad as it was in the thirties. Today teachers and political workers are fighting racism for our future generations. In huge examples that are going on today is the police. We see videos of blacks being shot multiple times when they are unarmed and killed on the spot. This has happened multiple times, examples include: Eric Garner, John Crawford, and Dante Parker. These are black african americans who were shot down and killed even though they were unarmed and listening to the police. 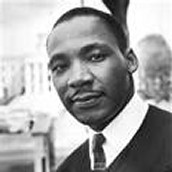 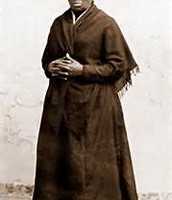 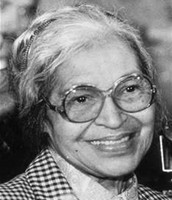 Example of the past blacks had to face

Examples of the past blacks had to face

The Heroes of Equality

Rosa parks: Parks refused to give up her bus seat in Montgomery, Ala., to a white man, becoming an iconic symbol in the Civil Rights Movement.
Martin luther king: He was an educated african american that fought for african equal right. He protested peacefully and gave famous speeches of him having a dream to see us all be equal and get along with each other. Yet he was assassinated and didn't live to see the day but he was an important factor that lead to equal right.
Harriet Tubman: was an American bondwoman who escaped from slavery in the South to become a leading abolitionist before the American Civil War
Abraham Lincoln: We all know what he did, he fought for the slaves freedom. He was the one who went to presidency to free the slaves from their shacks. He was the one who gave them the freedom to go out and have a family. He was the first step into african rights and equality.