CHARACTER WORD OF THE MONTH: 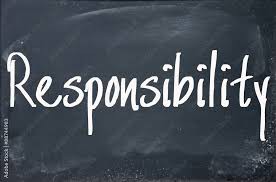 If your child earned Student of the Month for Character for the month of October, November, or December, they will be recognized at the KNHS Boys Varsity Basketball Game on January 11th. Families will receive free admission. Please be there by 6:45! 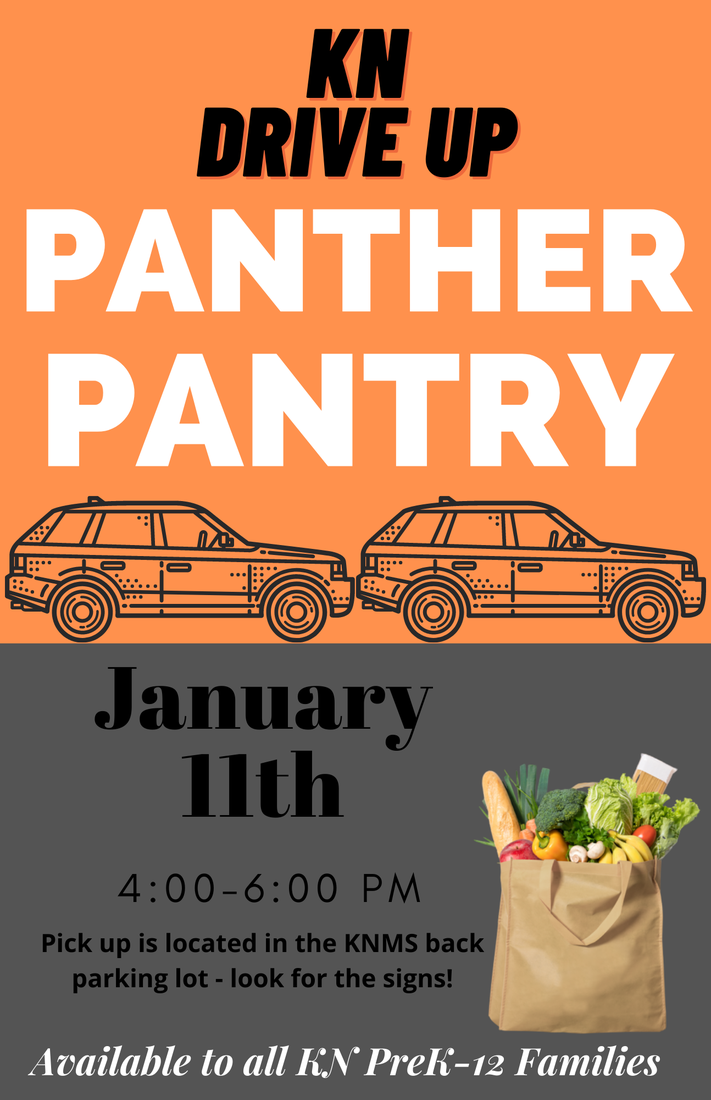 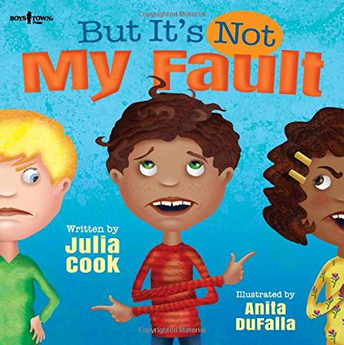 Book - But It's Not My Fault by Julia Cook

Parents- please pack extra masks in your child's backpack if they are a bus rider. Thanks! 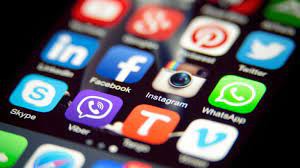 8th Grade will have a lesson discussing High School specifically 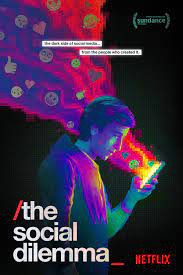 On January 26, 27, & 28 - Mrs. Morrison will be showing and discussing the popular Netflix documentary, The Social Dilemma.

SENIORS - HOW TO REQUEST A TRANSCRIPT

Your KNHS Counselors send out weekly emails with a variety of amazing opportunities for students! Encourage your child to look at those in case one would be a great fit for them! 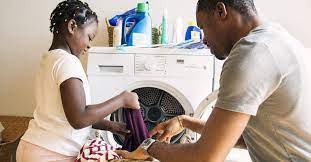 11 BASIC LIFE SKILLS EVERY KID SHOULD KNOW BY HIGH SCHOOL

As parents, we love our kids so much we want to protect them, help them, and cultivate them into perfect, happy humans. Unfortunately, this overparenting has the opposite effect, leaving our kids unready for the world and life as adults.

“We parents, we’re doing too much,” says Julie Lythcott-Haims, former dean of freshmen at Stanford University and author of “How to Raise an Adult: Break Free of the Overparenting Trap and Prepare Your Kid for Success.” “We have the very best of intentions, but when we over-help, we deprive them of the chance to learn these really important things that it turns out they need to learn to be prepared to be out in the world of work, to get an apartment, to make their way through an unfamiliar town, to interact with adults who aren’t motivated by love.”

Now the mom of two high schoolers, Lythcott-Haims’ a-ha moment came in 2009 after telling parents at Stanford’s freshman orientation to let their kids go and then coming home for dinner and cutting her then 10-year-old son’s meat.

“That’s when I got the connection,” she says. “When do you stop cutting their meat? When do you stop looking both ways for them as they cross the street? These are all things that we’re doing to be helpful, protective and so on, but if you’ve sheltered your 18-year-old all the way up to 18 by doing all of those things, then they end up bewildered out in the world. I realized this was why the Stanford freshman I was working with, however accomplished in the G.P.A. and childhood resume sense, were reliant upon mom or dad to kind of do the ‘work’ of life.”

Are you ready to stop helicopter parenting and prepare your kid for life as a young adult? Lythcott-Haims shares 11 basic life skills every kid should know by high school:

While most days you are going to be preparing their meals, you want them to be able to feed themselves if necessary. “When something happens, grandma gets sick and one parent’s got to rush across town to look after her and the other parent’s off at work, you want to know your freshman in high school has what it takes to pack their own lunch, make his own dinner, you know? The more they age, the more they should feel that, ‘Yeah, I’ve got this.’ There’s a competence, and there’s a confidence that comes when we build competence.”

2. WAKE THEMSELVES UP ON TIME

“By the time your kid is entering high school, you ought to have confidence they can wake themselves up and get themselves washed and dressed in clothing that’s clean,” Lythcott-Haims says. “I underscore this because too many of us are letting kids off. We’re their alarm clock and then what happens? They’re late for breakfast; they’re late to school; and we drive them. All that teaches them is, ‘I’ll always be there to wake you up and drive you,’ which is not true.”

Lythcott-Haims recently heard from a colleague at a major university that a parent had installed a webcam in the dorm room of a freshman to wake the kid up. “That’s a parenting fail,” she says. “We’ve gotten ourselves worked up into a frothy frenzy about grades and scores in high school, and further into college, and we sort of treat our kids’ childhood as if every day, every quiz, every afternoon is a make or break moment for their future,” she continues. “We feel the stakes are high, and therefore we must help, but the stakes are low in childhood compared to what they will be in college, and what they’ll really be in the world beyond.”

When teaching teens basic chores like laundry, we have to be careful not to be snippy and make them feel bad about not knowing how to do it yet. “If they haven’t learned, it’s because we haven’t taught them,” she says, “so parents need to acknowledge [to their kids] that they’ve been over-helping.” Instead, show them the ropes, watch them do it themselves once to make sure they’ve got it, and then let them handle it on their own.

“When they learn to drive, they better know how to pump gas, okay?” Lythcott-Haims says. “I know of college students who have always had their parents fill their tank, whether at home in high school or even in college. The parents just top off the tank whenever they come visit her. Well, one day a 20-year-old student is out driving around, and her tank is near empty. And she says, ‘Oh my gosh, I’ve got to get gas. I’ve never done that. But I’m smart, I can figure it out.'” Long story short: She accidentally puts diesel in the car because no one ever taught her what to do. That’s an expensive and unnecessary lesson.

“Employers these days are saying, ‘Hey, wait a minute, what is it with these 20-somethings, they just want to be told exactly what to do, kind of step-by-step, and they want to be applauded for doing it,'” Lythcott-Haims says. “If we’ve just served them, if parents have just said their academics and activities are all that matter and we’ll take care of everything else, no chores and no helping out around the house, then they get out into the workplace and they don’t have that pitch-in mindset.”

“Kids need to learn how to contribute for the betterment of the whole,” she says. “Maybe they have siblings and one is stressed out about something, and the other says, ‘I’ll do your chore for you. Because I see you’re stressed out and you need some help.’ That’s building a sense of it’s not just about me. I can do for others.”

Most of us have heard the stories of the parents who are calling college professors to complain about their kids’ grades, right? News flash: This needs to stop in high school, too. “If you’re the one throughout high school who’s always got to be emailing the teacher, you basically are teaching your kid, ‘You’re not competent, and I’m going to have to do it for you,’ which is terribly harming,” Lythcott-Haims says.

Instead, teach your child how to have a conversation with an authority figure and advocate for themselves. “So I’d say, ‘Look honey, I know you’re frustrated about this grade or you’re upset about that happening on the soccer team, or you don’t understand this information. You need to be the one to go talk to your teacher respectfully and advocate for yourself.'” she says. “And if they look at you in horror, say, ‘You can do it; I know you can do it. Do you want to practice with me?’ The only way to teach them is to get out of their way and make them do it.”

Also, prepare them to listen well to what the other person is saying and understand it might not go their way. “Many times they won’t get the outcome they desire, and it’s ‘Well, ‘I tried.’ And they come home and they learn to cope with it, because not everything in life will go your way.”

7. PACK THEIR OWN BAG

“We’re always putting their stuff in their backpacks,” Lythcott-Haims says. “‘Oh, don’t want you to forget your homework!’ And then that backpack becomes a bag or a briefcase one day in the workplace, and they haven’t learned that skill of being responsible for remembering their own stuff, doing that inventory every morning, ‘What do I need? Wallet, keys, lunch, work, laptop.'”

While this skill should be taught sooner than high school, if that’s where parents find themselves, it’s not too late. If they’ve never ordered for themselves, say, “Hey, guys, it’s time you started ordering for yourselves. I realize it’s not for me to decide what you’re going to eat, or me to assume you’re going to have your usual order, or for me to order for the whole family,'” she says.

Remind them to look the server in the eye, be polite, communicate their request, and say, “thank you.” “One day before long, they’re going to be out with friends or out with a girlfriend or boyfriend, and they’re going to want to have that skill to not only order food, but to do so respectfully—and not look like a jerk who’s an entitled kid with a credit card, who can pay for it, but can’t really treat the server respectfully,” Lythcott-Haims says.

“Their life will be full of strangers, if we think about it, but we have this blanket rule, ‘Don’t talk to strangers,’ which isn’t the right rule,” Lythcott-Haims says. “The right rule would be, ‘Let me teach you how to discern the very few, creepy strangers from the vast, vast majority of normal strangers.’ That’s a skill.”

Then, send your children out in the world to talk to strangers—safe ones. Lythcott-Haims taught her own kids this skill by sending them to a store within walking distance of their suburban home to run a small errand and ask the sales clerk for help. She handed them a $20 bill and off they went. “They come back with a spring in their step,” she says.

Has your child ever even noticed that the grocery store aisles are nicely labeled with signs hanging from the ceiling? They should know how to navigate a supermarket on their own, Lythcott-Haims says. “Send them off on their own with one of those little hand-held baskets to go get five or six things,” she says. “If you’ve got a 13-year-old, and you’ve never let him or her out of your sight in a grocery store, you’re going to be freaking out; but 13-year-olds don’t {typically} get abducted from grocery stores.”

“Whenever the peer group is old enough and ready to plan an outing, let them do it,” Lythcott-Haims says. “I’m the parent who’s very comfortable with my 12-year-old girl going to a matinee movie with friends where she arranged it—you know, one parent’s going to do the drop-off, one’s doing the pickup, but the girls are getting the tickets, bringing money for snacks.”

While you should ask them to walk you through the plan so you know they are not setting off willy-nilly, don’t let your fears for them make them fearful of the world. “Making their way out into the world’ to go to the movie, or to go to a mall, or to go walk up and down the big street in town and then get some food somewhere, whatever it is—they want that,” Lythcott-Haims says. “This is them trying to spread their wings.”