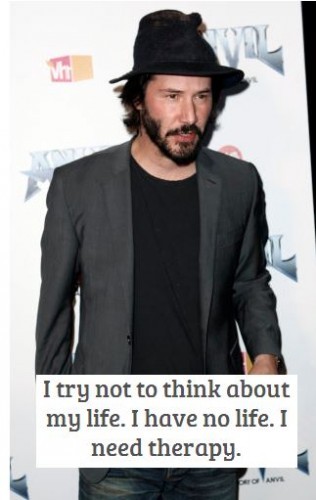 How has he dealt with the stress?

Keanu has dealt with the stress of the losses he's suffered, his acting career, and his popularity through a few ways:

Being generous has a positive effect on reducing stress, as the act of giving to others releases endorphins in your brain which helps improve your mood.

Oxytocin is also released when you give things to others, it relaxes you and increases your empathy towards others.

78% of people who say they have been generous to others say that they have had their stress relieved.

Donating to charities has been shown to have a similar effect on happiness as doubling your annual income.