The motions included a censure and sanctions against Trustee Robin Hutcheon (Townships of Loyalist & Stone Mills) for conduct that violated the governance role, including her treatment of a school matter.

Discussion of potential breaches of Trustee Code of Conduct are to occur in public session except in cases where the privacy of students, families and staff would be compromised as was the consideration in this particular instance.

The Board of Trustees passed the following motions on October 30, 2019:

MOTION: That the Board censure Trustee Hutcheon for conduct that violated the governance role, thereby in contravention of Policy 3 and Policy 5 (sections 4, 10, 11, 17).

4.0 Trustees shall maintain the highest standards of civility and respect accorded to public office through the absence of unwarranted criticism of fellow Board members, the Board, or employees, in or out of the board room.

10.0 Trustees shall respect and understand the roles and duties of the individual Trustees, Board of Trustees, the Director of Education and the Chair of the Board.

11.0 Trustees shall recognize that authority over the organization is only vested in the full board when it meets in legal session. Trustees do not attempt to exercise individual authority.

17.0 A Trustee of the Board shall discharge his or her duties in accordance with the Education Act and any regulations, directives or guidelines thereunder and comply with the Municipal Freedom of Information and Protection of Privacy Act, and any other relevant legislation.

MOTION: That Trustee Hutcheon be sanctioned by being asked to review the OPSBA Good Governance Guide.

MOTION: That Trustee Hutcheon write a letter of apology to the Principal with the assistance of staff.

In accordance with Bill 177, Section 218.3.6, censured Trustees may choose to make a written submission in response to this determination. This should be received by the Secretary of the Board no later than Friday, November 29, 2019. Also, in accordance with the regulation, the Board will consider any such written submissions within 14 days of receipt, to either uphold, revoke or modify the original motion.

The Board of Trustees has not received any response or correspondence from Trustee Hutcheon on this issue. 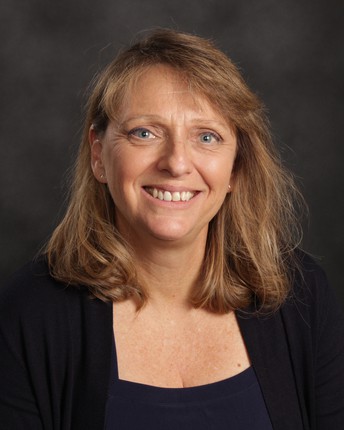 Chair Suzanne Ruttan began her report by sharing that examples of Limestone's innovative and collaborative programming were highlighted in the Ontario Public School Boards' Association's recent edition of Education Today whose theme was Indigenous Education.

The Nov. 13 meeting also marks the close of this Board’s first year in office. Chair Ruttan thanked her fellow Trustees for the work they have collectively done, representing their constituents and ensuring students receive quality public education. She went on to say that much was accomplished during this first term, as new trustees learned about their important role and becoming familiar with information, data and legislation while advancing a vision and mission where everyone achieves success and well-being.

Finally, on behalf of all Trustees, she acknowledged the leadership of Director of Education Debra Rantz and staff for the development and delivery of initiatives that support student transitions, career paths, character development, and interventions that ensure success for all students. 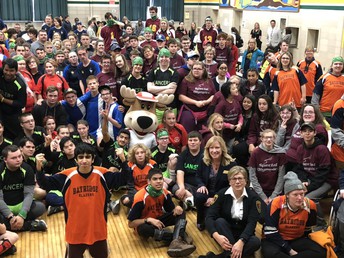 Director of Education Debra Rantz acknowledged that November is an important month for students, staff, and our communities as schools highlight, recognize and acknowledge many special observations that support our students and each other.

She shared a recent example in the announcement that Kingston will host Special Olympics’ Provincial School Championship in June 2020. Limestone is proud of its long-standing relationship with Special Olympics.

The Director highlighted the generosity of our school communities for their support of ‘Socktober’, a local initiative that collects fresh, new socks for anyone who needs them. Almost 17,000 pairs were collected, 70 per cent of which came from LDSB schools! The Director provided special mention of Mme. Adamson at Amherstview Public School. She and her Grade 1 class collected 3,336 pairs of socks.

The Director also alluded to staff's year-end status report on 2018-2019 Strategic Plan later in the meeting. She indicted that she is proud of the work our schools do on a daily basis, implementing the Board’s strategic goals in everything we do. 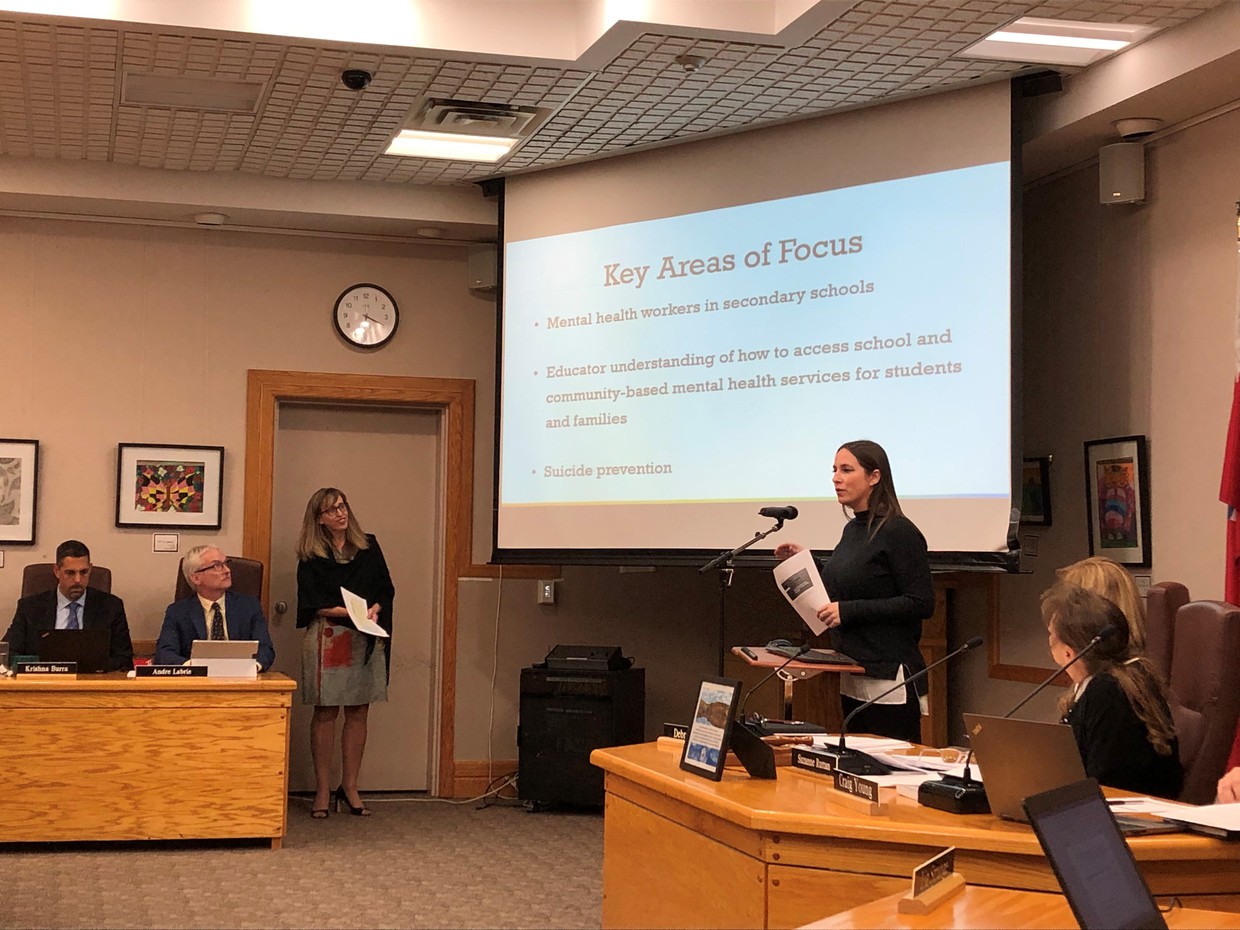 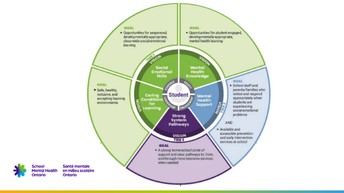 Mental Health Lead Laura Conboy presented to Trustees on Limestone's key areas of focus for mental health and well-being for the 2019-2020 school year.

Ms. Conboy first provided a brief introduction to School Mental Health Ontario which is an intermediary organization that develops/adapts, implements, and supports best practice programs and services, as well as builds environments and capacity within an agency or system to implement and sustain such programs. The Board is working in alignment with the SMHO 2019-2022 Action Plan to support all students' needs to build and sustain positive mental health.

In Limestone, our key areas of focus include mental health workers in secondary schools, educator understanding of how to access school and community-based mental health services for students and families, and suicide prevention.

LDSB has four masters-level social workers, who are partially funded by the Ministry of Education, who provide support to our system. They provide direct, one-to-one mental health support services to students using structured psychotherapy. They also provide advice and information to parents/families regarding school-based supports and referrals to community-based mental health and addiction treatment strategies for students. Since Nov 1, 2019, they have received almost 150 referrals for student support in secondary schools.

The Board conducts pre- and post-measures for students accessing mental health services so we know where our interventions are having an impact. This data is also submitted to the Ministry of Education for reporting requirements.

The Board recently updated its Suicide Prevention Protocol (previously 2013) to align with School Mental Health Ontario guidelines. Staff training is ongoing and all staff will have varying degrees of training depending on their role.

Director of Education Rantz applauded staff for their work in this area and staff's responsiveness to those in need. Limestone's work is research and data informed and connected to our strategic pillar of Wellness. 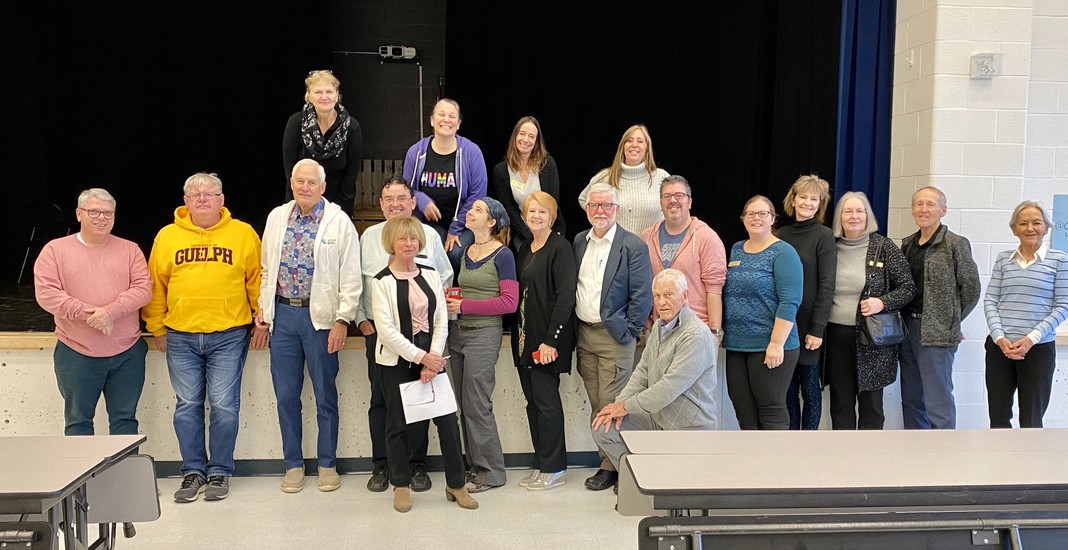 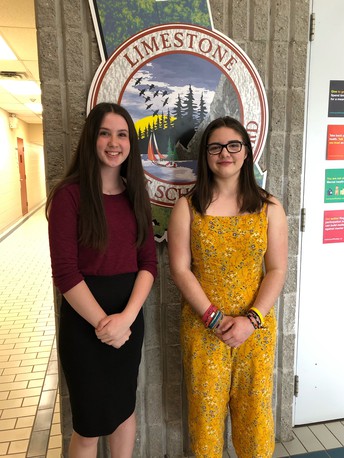 Student trustees attended the Ontario Student Trustees' Association conference where they met and spoke with the CEO of EQAO where they heard about policy changes to make the EQAO testing environment more like a typical classroom. They also heard from the Deputy Minister of Education who spoke about the government's eLearning mandate.

Trustee Crook chaired her first Advocacy Working Group meeting where the group discussed the importance of advocating for students, and its goals for the year.

Student Trustees also had the opportunity to speak with other student trustees about how they implemented an Indigenous Student Trustee. The new Student Trustee Regulation, which comes into effect January 2020, has revised dates for elections. Policy 9 will be updated once process for electing Indigenous Trustees is finalized. The dates were moved up to allow boards to provide more mentoring opportunities for new student trustees. We discussed with InterSchool council yesterday to get some feedback from them.

InterSchool Council also participated in a feedback session around the rebranding of our Board logo. It was great to have a chance to provide some student voice to help inform this important and exciting work.

Director of Education Debra Rantz and senior staff presented the year-end update for 2018-2019 school year. Staff reported on yellow (making progress) and red (needs further attention) items in areas of three strategic pillars of Wellness, Innovation and Collaboration. Three areas for each pillar are presented below.

Staff also reviewed the Strategic Action Plan Evaluation Framework: 2017-2022 where each outcome is assessed as to its status, two years into five-year plan. Framework has been included to assist Board in tracking progress of goals.

Trustees Karen McGregor, Judith Brown, Laurie French and Bob Godkin thanked staff for a thorough report and the extent of data provided as evidence/outcomes to support attainment of goals. Motion to approve the framework passed.