Innocence: So it Goes

Innocence: So it Goes 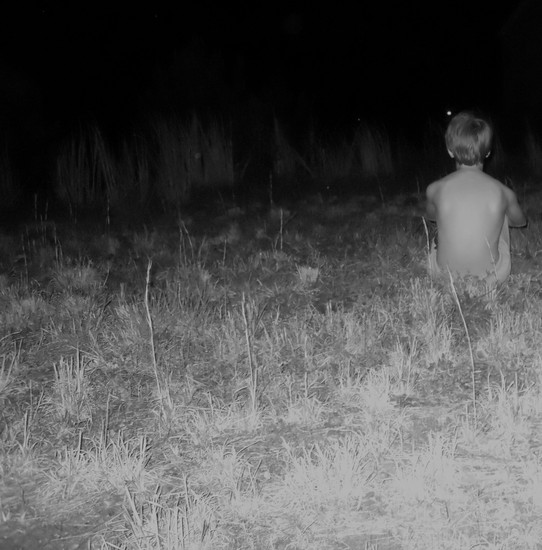 In Chapter One, Vonnegut discusses his attempts to create his "famous Dresden book". Vonnegut finishes this book 23 years after World War Two, because he has spent years fighting with himself over the way he will write a book about the bombing. Vonnegut displays the influences of post modernism with his obvious contempt for the bombing and the way he believes World War Two, specifically the bombing of Dresden, undermines the value and importance of human life.

The first Chapter of the novel, Slaughterhouse Five, by Kurt Vonnegut entwines an explanation behind why he writes his book through the use of a detached and hollow tone. The structure of his writing has a very brusque style and he highlights this with his heavy use of asyndeton and parataxis and hypotaxis and polysyndeton and Vonnegut overwhelms the audience by placing simple sentence after simple sentence, in order to capture the resentment and confusion a solider continues to experience long after he is home safely from the war. Vonnegut uses an example of this “laundry list” effect when he discusses O’hare and himself, “He was a district attorney in Pennsylvania. I was a writer on Cape Cod. We had been privates in the war, infantry scouts” (9).The simplicity in the description of Vonnegut’s friend and himself helps to show the reader just how detached and lost he is when it comes to his memories of war, and just how hard it is for him to put his thoughts into words. The extensive use of the conjunction “and” in polysyndeton and hypotaxis helps to emphasize all the jumbled up and horrific memories from the war that come to him day by day without control and a clear example that Vonnegut employs is, “A whole city gets burned down, and thousands and thousands of people are killed. And then this one American foot soldier is arrested in the ruins for taking a teapot. And he’s given a regular trial, and then he’s shot by a firing squad” (10). Having this ample amount of asyndeton, parataxis along and his abundance of polysyndeton and hypotaxis not only forces the reader to become awakened to this sense of vacant solitude that was caused by the harsh realities that Vonnegut had experienced in the war many years before, but also helps to develop his argument that even though war is unnecessary and has long lasting effects on the people in it, not matter what, war will always exist.

As Vonnegut introduces Slaughterhouse Five, he explains his multiple attempts to write his "famous Dresden book" and how this novel finally came to be (18). This background information reveals that the story failed its original purpose. Vonnegut chooses to write it anyway. He illustrates his intent to create an anti-war book and the futility of this endeavor and that he could have written "an anti-glaicier book instead" (3). Vonnegut uses this apparent failure of a novel to illuminate the unchangeable presence of war. He reminisces the journey of the novel's creation with a nonchalance that emphasizes the darkness of the subject. This attitude prepares the reader for the satirical approach to the death and destruction of war.

In chapter one of Slaughterhouse Five, Vonnegut introduces many motifs such as mustard gas and roses, and so on, so it goes, and the innocence of children. Two very interesting motifs are "so it goes" and the idea of the innocence in children. Vonnegut creates the idea of "So it goes" on page two when talking about the taxi driver he and his friend O'Hare met when they went back to Dresden. The first use of the motif was this :"His mother was incinerated in the Dresden fire-storm. So it goes." Vonnegut follows any description or mention of death with these three words. When Vonnegut discusses death, it seems to be with a sense of flippancy and disregard, as if he is entirely familiar with the notion that death is an unchangeable occurrence that is not a source of stress. This leads the audience to believe that this will be the attitude and tone that will accompany the mention of death throughout the novel. This flippancy and statement of "so it goes" will create an overall idea of the lack of importance and impact of death.

Vonnegut first introduces the motif of the innocence of children by discussing the marvel his daughter and her friend experience seeing a river for the first time on page 11. Vonnegut admires the girls' naivete, or he would not have included it in the novel. Vonnegut includes many scenes in the novel that seem to be unrelated but have a deeper, subsurface meaning. Vonnegut clearly discusses the idea of innocence in children when he describes the outburst of Mary O'Hare. Mary O'Hare was furious because Vonnegut and Mr. O'Hare were "just babies in the war- like the ones upstairs" and she believed that Vonnegut would write his Dresden book as if the soldiers were all grown men who had already lost their innocence. Mary was deeply disturbed by the idea of children being robbed of their innocence in war. Vonnegut promises Mary O'Hare that he will not write the book as if the soldiers are grown men, but will accurately portray them as children. This leads the reader to believe that Vonnegut will accent the innocence of his main character Billy Pilgrim. This innocence will be a very important defining characteristic of Billy Pilgrim

Follow Haley Meeks
Contact Haley Meeks
Embed code is for website/blog and not email. To embed your newsletter in a Mass Notification System, click HERE to see how or reach out to support@smore.com
close